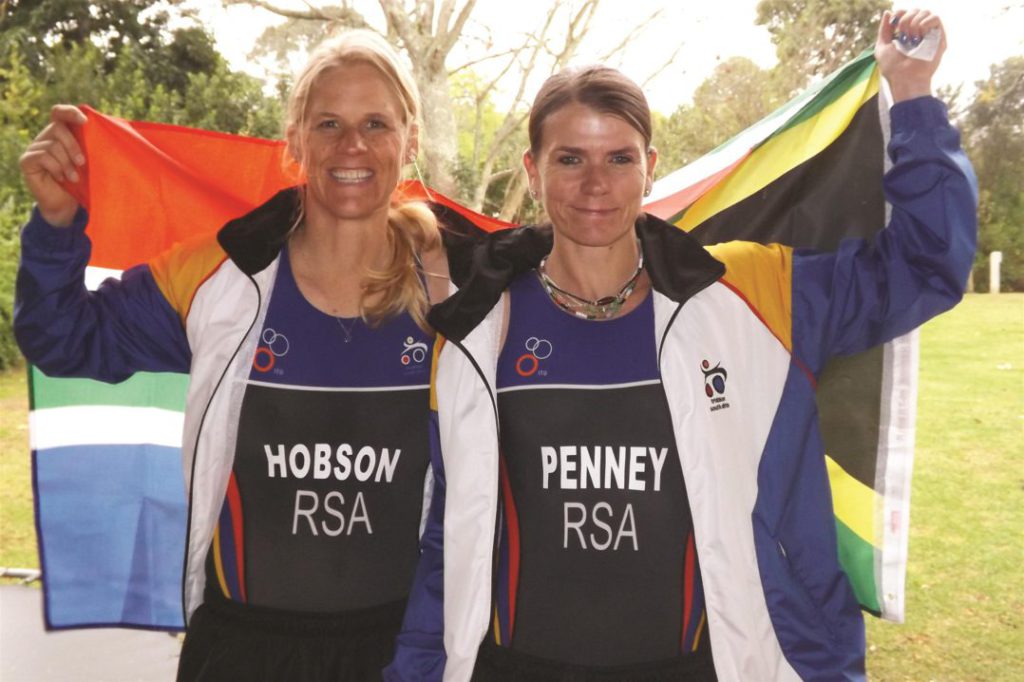 Local athletes Megan Hobson and Terri-Lynn Penney will be travelling to Edmonton, Canada to participate in the TransCanada Corporation World Triathlon Grand Final this weekend.

Local athletes Megan Hobson and Terri-Lynn Penney will be travelling to Edmonton, Canada to participate in the TransCanada Corporation World Triathlon Grand Final this weekend.

Leaving on Sunday for the triathlon that runs from 26 August to 1 September, Hobson and Penney will represent Triathlon South African in the age group section of the international competition.

Hobson and Penney, together with 16 nationally selected athletes, will be participating in the Olympic distance triathlon. Hobson will be competing in the 40-44 age group, while Penney will challenge 60 racers from12 different countries in the 35-39 age group.

"I've been training really hard," Hobson said. Training since the South African team was announced 16 weeks ago, Hobson has focused on speed and strength more than distance.

"I hope that stands me in good stead for the competition," she said. Penney has cycled as much as 150km, in a week, preparing for the triathlon.

"I have been working with a personal trainer," she said. A combination of strength and stamina have fed into Penney's training.

The two athletes will be participating in the aquathon championships on Wednesday 27 August, to "warm up and also calm the nerves", Penney said. Both Hobson and Penney are actively involved in outdoor sports.

"Eight years ago I found myself in my first marathon," Hobson said. The IT consultant has participated in three Ironman triathlons as well as five 70.3 half-Ironman events.

Penney has been part of the EP triathlon team on numerous occasions, beginning her competitive triathlon career in 2008. Apart from the age-group races, Edmonton will also host the elite, paratriathlon, aquathlon, U23, junior and mixed relay world championships.