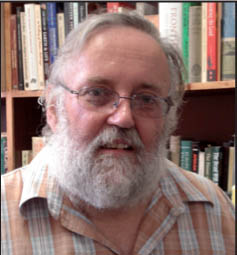 That fist, that shuffly dance, that crinkly smile. None of us knew what he would look like after 27 years behind bars. And then after the shock of 2 February 1990 when FW de Klerk unbanned the liberation movements, came the amazement of 11 February when Mandela walked out of jail with Winnie holding his one hand and the other raised high in triumph.

That fist, that shuffly dance, that crinkly smile. None of us knew what he would look like after 27 years behind bars. And then after the shock of 2 February 1990 when FW de Klerk unbanned the liberation movements, came the amazement of 11 February when Mandela walked out of jail with Winnie holding his one hand and the other raised high in triumph. Today Grocott’s Mail asks local people how they remember the day that changed the world for each and every South African.

It came as a shock
Alan Kirkaldy, History lecturer

I was teaching in Gazankulu when De Klerk announced he was going to release Mandela. He started his speech and I thought, Oh, this is just the normal s***, and walked out. Then someone came running up and said: “You better come and listen to this because you’re not going to believe what he’s saying.”
It came as a total shock to all of us. I don’t know what the ANC nationally was expecting. I was  nvolved in the ANC in Gazankulu and Vendaland and we had no inkling of what was coming. One of the weird side-effects was we thought we could relax and come out in the open and they rounded us all up! So I spent the next period in detention. On the day, I sat in front of the TV all day! It was amazing,
everyone just couldn’t believe it was happening. There was this great kind of euphoria. Lessons for days were just taken up with talking about what was happening. – Stacy Moreland

At the time that the official announcement was made that Nelson Mandela was going to be released I was in  Grahamstown listening to the speech.

We were called to a meeting to discuss the implications. We  all had mixed feelings. While we were excited  and optimistic, we were also troubled by the fact that our organisational structures had been severely weakened. We knew that the real work was only beginning.At the same time, all the informal talks between  various organisations – both national and international – could become formal.  Megan Jackson

Jubilation across the
township

I was a teacher at the time atNtsika High School in Joza. I distinctly remember a colleague  of mine who was  an older woman, saying “Nontsomzama’s son Phila Nkayi m ust be happy to see the results of what he  fought for relentlessly for many years.” But when I actually heard the breaking news, I was at home and all  our neighbours were crowded around for the special broadcast on television.
The news showed Nelson and   Winnie Mandela walking out of Victor Verster prison, lifting their fists saluting the masses. He looked like a statesman in his dark suit, and the energetic Winnie as the first lady holding his hand. And there were  also no cellphones, so we could not get in touch with my sister in Cape Town.
She was in the crowd to  welcome Mandela. There was jubilation all across the township. When I arrived at school the next day,  straight after assembly prayers, freedom songs broke out among the students. My own family had a  celebration as it meant that my brother who was in exile somewhere Africa would return.  Babongile Zulu

I heard it with my own
ears

Though residing thousands of miles away from South Africa at the time, I remember the day quite vividly.   Like many of my compatriots, we had heard the announcement but we were rather sceptical because we  thought it was another gimmick designed yet again to deceive the African people.

And we were only prepared to accept the sincerity of De Klerk’s announcement if Mandela walked out of jail. Twenty years  ago short wave radio was still the major source of news in many parts of Africa, and so on 11 February 1990 I had my radio dial tuned to BBC World Service from the morning. Luckily for  me, Mandela’s release  was broadcast live, and because I had heard it with my own ears, I believed it was true.

That day, perhaps for the first time, I really felt that as an African I was truly independent and free. Sandhira Chetty

The euphoria was
unbelievable

I was working in the South African Press Association’s Parliamentary office in Cape Town and I was stuck in the office watching the whole event on TV while my more experienced colleagues  phoned in thrilling reports from Victor Verster prison and later the Grand Parade.
The atmosphere was exhilarating. As the 3pm release deadline slipped past, I remember wondering if FW de Klerk had changed his mind. There were all sorts of rumours flying around that we had to follow up.
I spent the day with my ear glued to the telephone and eyes on the television set.

Luckily all the rumours were untrue and, about an  hour later, he emerged from Victor Verster Prison. The feeling of euphoria was unbelievable. It was a thrilling and defining moment, not just for South Africa, but for the entire world.  Saskia Kuiper

It made democracy
indelible

I was in Johannesburg doing organisational work, integrating the South African Youth Congress into the  ANC. There was a rumour that Mandela  was going to be released very soon.
Personally I was very excited. In general, most of the people I knew were excited and optimistic. His release changed the atmosphere of the country and the political landscape.
Exiles would be allowed to return and be reunited with their  families. People were looking forward to a better future, and to their integration into normal life. It was an incredible experience. It made democracy in our country indelible.  Megan Jackson

A big fight for a noble
reason

Nelson Mandela does not belong only to South Africa and South Africans but to the entire world. The 11th of  February is a date written in golden letters in the annals of the history of the world. Nelson Mandela is an international hero whose lifelong dedication is an example of a big fight for a noble reason.
Since the date of his triumphant release, Mandela has been at the centre of the most inspiring political drama in the world. That is why Africa, Europe, America, Australia and Oceania recognise him as a vital force in the fight for equality and human rights. Sandhira Chetty