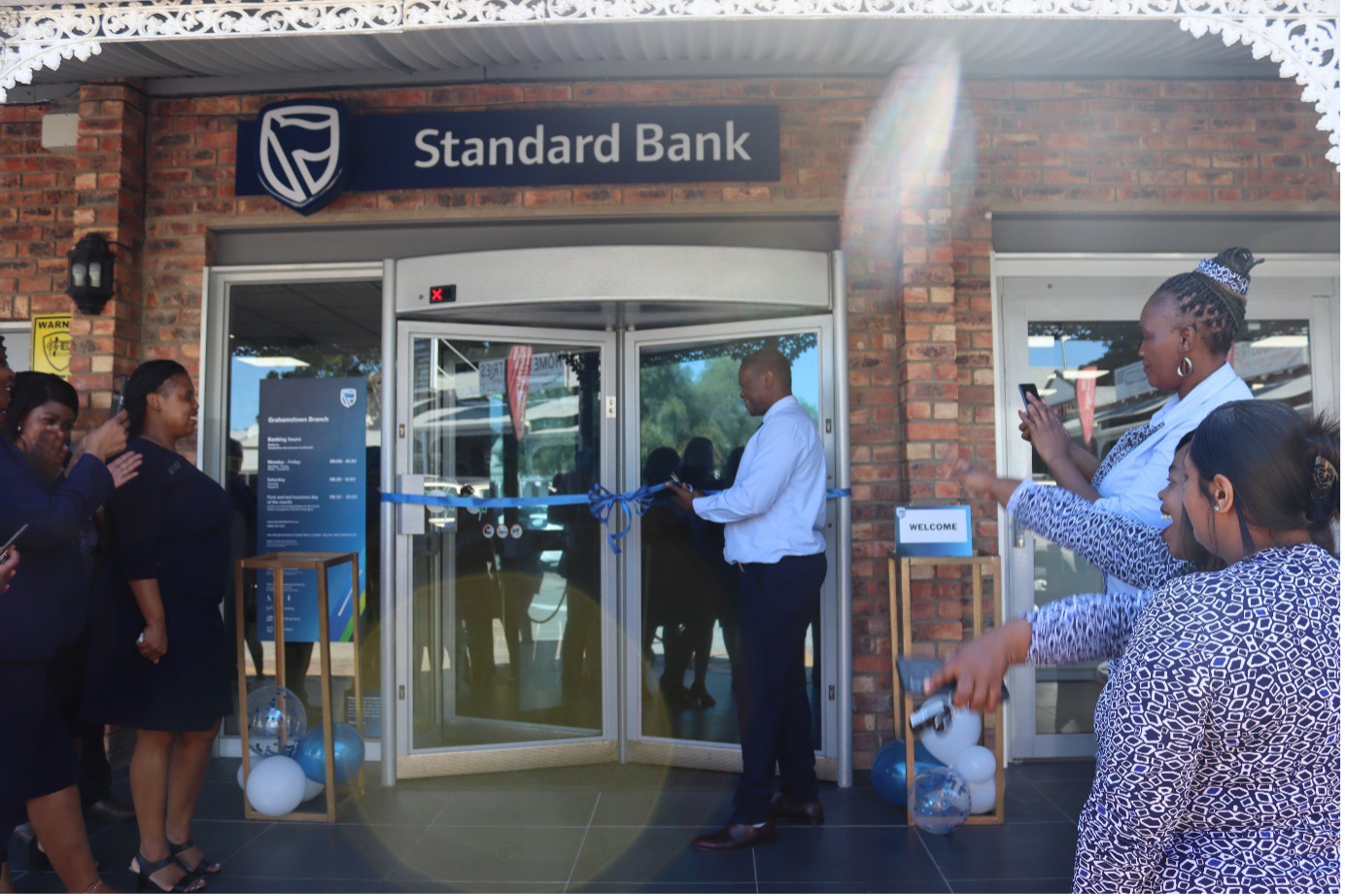 The branch has moved from its Church Square building which adjoined the Town Hall and Municipal Offices.

Makhanda Standard Bank branch manager Bhongo Bavuma credited all the staff who participated in the move and “embraced the change”.

Sarah Baartman Distribution Manager Duane Grobler added that while the move was initially daunting, especially moving from a building they previously occupied for more than 100 years, he was now excited at the opportunity presented by the move.

“Change is sometimes necessary. While the space is smaller, there is an opportunity that comes with that change,” Goliath said.

The move to the new premises was necessary for many reasons, but the two main ones were space and digitisation.

“To stay in the market, we need to adjust and evolve with time”, said Goliath. He said customers were migrating to digital channels, so it only makes sense to reduce square meters so Standard Bank can stay in the market.

Grobler said the historical building was too big and underutilised, and with the growing migration to digital and online banking, a smaller space made sense. He said that banking hours would also be more flexible for those who do online banking.

“There are challenges where people don’t have smartphones to download the apps, but it’s a journey we will have to walk with them. Banking should be available for people everywhere; that is why the USSD option is still available,” Grobler said.

Mary Ngesi, 80, said that she has banked with Standard Bank for more than 20 years, and while the new building is far from the older one, her daughter-in-law manages most of her banking, so she does not have to worry about walking too far to get to the bank.