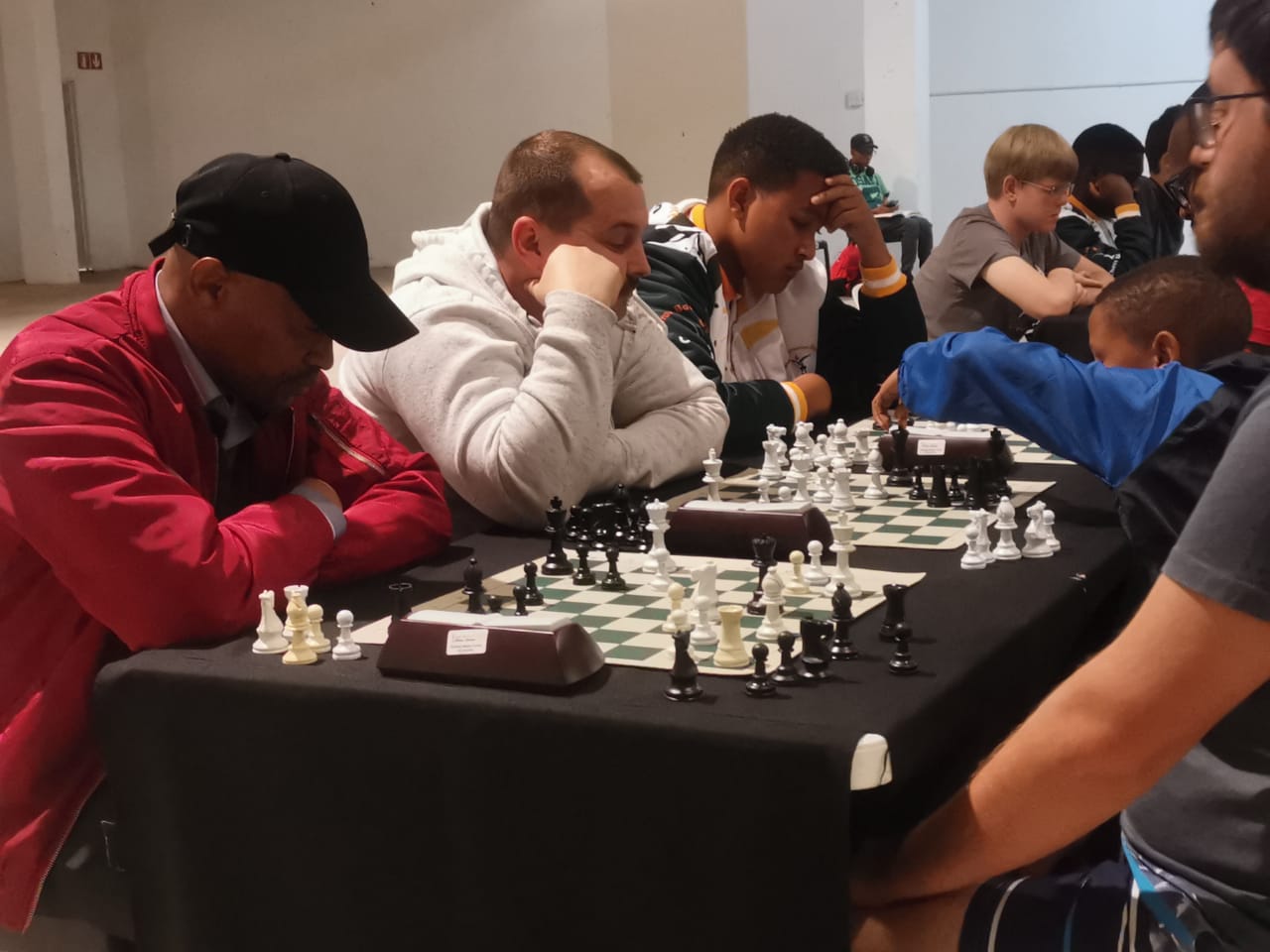 Jeremiah Sewelo (red jacket) and Cuan Kruger (white top), deep in thought, during their third round match for the Makhanda Chess Club at a recent tournament in Jeffrey's Bay. Photo: supplied

The recently-formed Makhanda Chess Club fought hard for third place in the seven-team A section of a chess tournament held in Jeffrey’s Bay on 19 November.

Martin collected most of the points for the team, with 4.5 points out of 6 on board one. Ndaba scored 4 out of 6 on board two,  winning the prize for the best player on his board. Sewelo and Kruger acquitted themselves well against stiff opposition. In each match, the players were each allocated 20 minutes in which to finish the game. These games required good time management and stamina, often leading to close finishes.

Back on the board

It was an impressive first outing for the Makhanda Chess Club, one from which we hope to build in the future.

And it was great to be back on the board after Covid-19, during which competitive players mainly played in online tournaments.

Since Makhanda is part of the Sarah Baartman District Chess Union, it was good to link up with our counterparts in Jeffrey’s Bay, which has been the hub of chess activity in the district for several years.

The tournament allowed club members to increase their overall ratings, and it was a proud moment for all the team members to represent Makhanda in such a highly competitive event.

We aim to expand the club and give chess players from our area an opportunity to participate in officially rated chess tournaments. Any player (irrespective of age or gender) who is interested in joining the club can contact Andrew (0798722246) or Jeremiah (0638895990) for more information.