First Safety and Security Indaba bring SAPS, the CPF and others together to fight crime and GBV 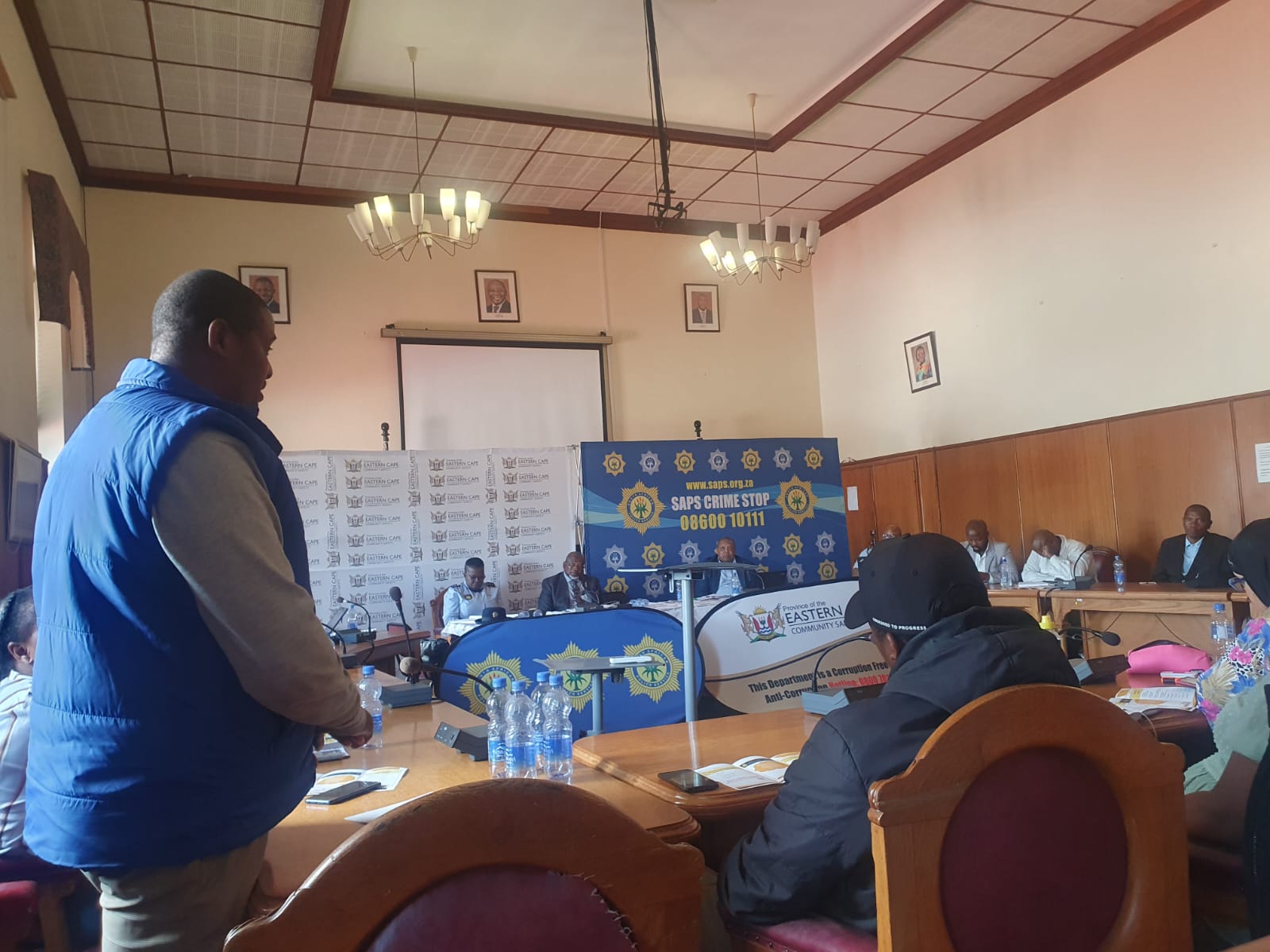 Attendees at the inaugural Safety and Security Indaba in the Council Chamber in City Hall on Monday, 28 November. Photo: supplied

At least 50 stakeholders heeded the call to come together at Makana Municipality Council Chambers to participate in the inaugural Safety and Security Indaba on Monday, 28 November, in anticipation of this year’s 16 Days of Activism against Gender-Based Violence (GBV) and Femicide campaign.

The Indaba touched on fighting GBV, the allocation of vehicles for police, the decline of trust in the police in the community, the role of community crime-fighting groups, and the rise of vigilantism.

This session, led by the Sarah Baartman Department of Community Safety, was attended by the National Prosecuting Authority, station commanders from the Grahamstown, Joza and Alicedale SAPS, the Community Police Forum and non-governmental and community-based organisations.

The Indaba resolved that stakeholders should ensure that vigilantism was discouraged. Groups who want to assist in crime fighting should do it through legal ways working closely with the CPF or Community In Blue.

Head of Sarah Baartman’s Community Safety Department, Mncedisi Boma, said the Indaba was “a high-level parliament for bringing ideas and expertise to reverse the scourge of crime”.

“Let us create a mirror, share experiences and see challenges confronting us as stakeholders and community,” Boma said.

Makana Municipality was represented by Ward 2 Councillor Ramie Xonxa, who also doubled as Chairperson of the session.

Xonxa said the Grahamstown SAPS should be renamed Makhanda SAPS to align with the city’s name change.

He said SAPS had one of the state’s biggest fleets of vehicles, and they ran “non-stop”, creating unique problems for the police force. Police were under increasing pressure to respond to crime timeously, but potholes and dilapidated roads, an increase in population put vehicles took their toll on the SAPS fleet, he said.

Learning to use legislation effectively

Farida Myburgh from the Masimanyane Women’s Support Centre, an East London-based NPO, said both citizens and the SAPS needed to be empowered by the relevant legislation “to understand better the challenges we face and fight for what we want to achieve”.

“For example, we trained the police to appreciate that the Gender-Based Violence Amendment Bill is victim-centred legislation. At the end of the training, they appreciated knowing that they could face a criminal charge if they failed to assist a victim of GBV,” Myburgh said.

Training will be provided to the SAPS and CPF to enhance their capacity to deal with Gender Based Violence using relevant legislation. The Indaba will meet annually to monitor the implementation of the resolutions taken at this first Indaba.

A celebration of SAPS excellence

To celebrate excellence and positively reinforce high-quality service and dedication by SAPS members, a certificate of appreciation and a Shield trophy were awarded to WO Simthembile Rwexu, who has since been promoted from Joza Saps CPO to Tyefu Saps Vispol Commander.

Rwexu has been an innovative, dedicated and reliable CPO who worked hard at Joza SAPS. The award was made to appreciate his accessibility to the community in their moments of need and for being a “live-wire connecting the SAPS with the Joza community”.

Boma said that while the SAPS may be experiencing a trust deficit, there were pockets of excellence in the local police service. “We can build a solid and sustainable approach to fighting crime on that foundation,” he said.

Previous ArticleDomestic violence: how can you be protected?
Next Article Standard Bank moves to Peppergrove Mall