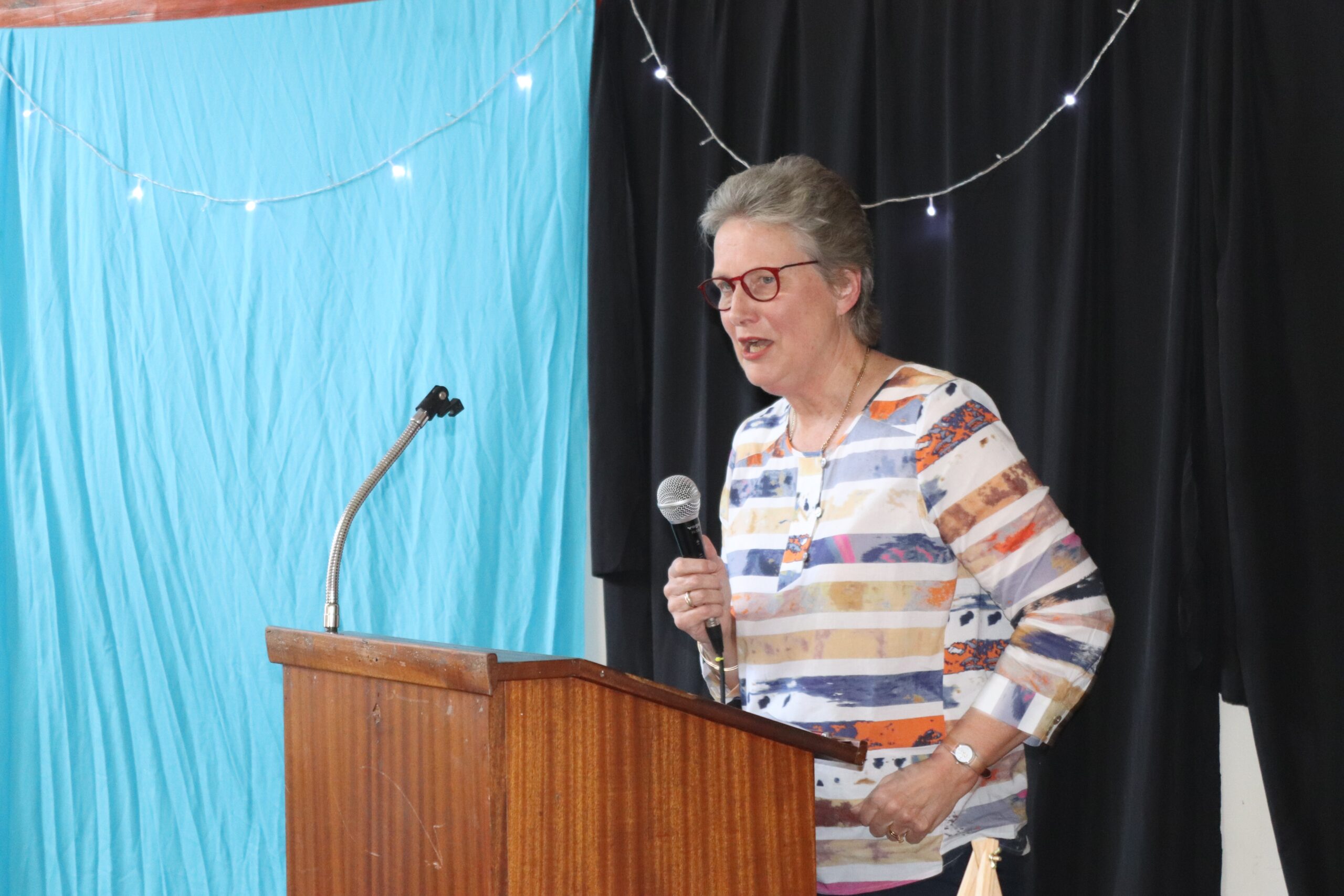 The St Mary’s Development and Care Centre (DCC) celebrated its 40th Anniversary at a joyful and well-attended event with children, staff, parents, and partners on Monday.

It was also a perfect occasion to honour the life of the late Thelma Henderson, the founder member and fundraiser-in-chief of the DCC.

The celebrations kick off with the St Mary’s Primary Marimba Band, followed by an emotional and comprehensive keynote address by Margie Keeton, Thelma Henderson’s daughter.

Keeton detailed the DCC’s history and her mom’s role in establishing it. She said the immediate task for Thelma and the other founders was to raise funds for the building, which officially opened on 21 November 1982.

Henderson was the chairperson until her untimely death in 2009 and was active at the DCC until the very end.

The DCC has been supported by numerous sponsors, including the GBS Mutual Bank, which was “there from the very beginning”. The other partners and role players included Gadra, St Mary’s, the Scouts, and many more. Keeton and her family also thanked DCC’s “wonderful” staff for their commitment, passion, and hard work over the years to keep the centre active and live her mom’s heritage.

Keeton said the DCC had six managers and two chairs over its history. Current DCC manager Caron May was praised for her staff and thanked all role players who attended what she called “a marvellous occasion”.

“Firstly, I would like to thank our Heavenly Father for 40 years of Grace. Today we celebrate God’s free and unmerited favour as manifested in the salvation of sinners and the bestowal of blessings. Today, we want to thank God for the life of Mrs Henderson or Mrs as she was fondly known. We also wish to thank her family for sharing their mother with the Grahamstown community; she was a mentor, mother and friend to many. May her soul rest in peace,” May said.

She thanked GBS for sponsoring a “beautiful plaque”.

“It means a lot to the DCC to be acknowledged for our work by such a reputable organisation,” May said.

She also thanked all the associate partners who joined in the day’s festivities. And lastly, she thanked Keeton for doing an amazing job and “filling her mom’s big shoes”.

The event ended with Keeton lighting a candle to remember her late mom. And the DCC gave a gift as a token of appreciation to Keeton.

Previous ArticleWalking in someone else’s shoes
Next Article Domestic violence: how can you be protected?