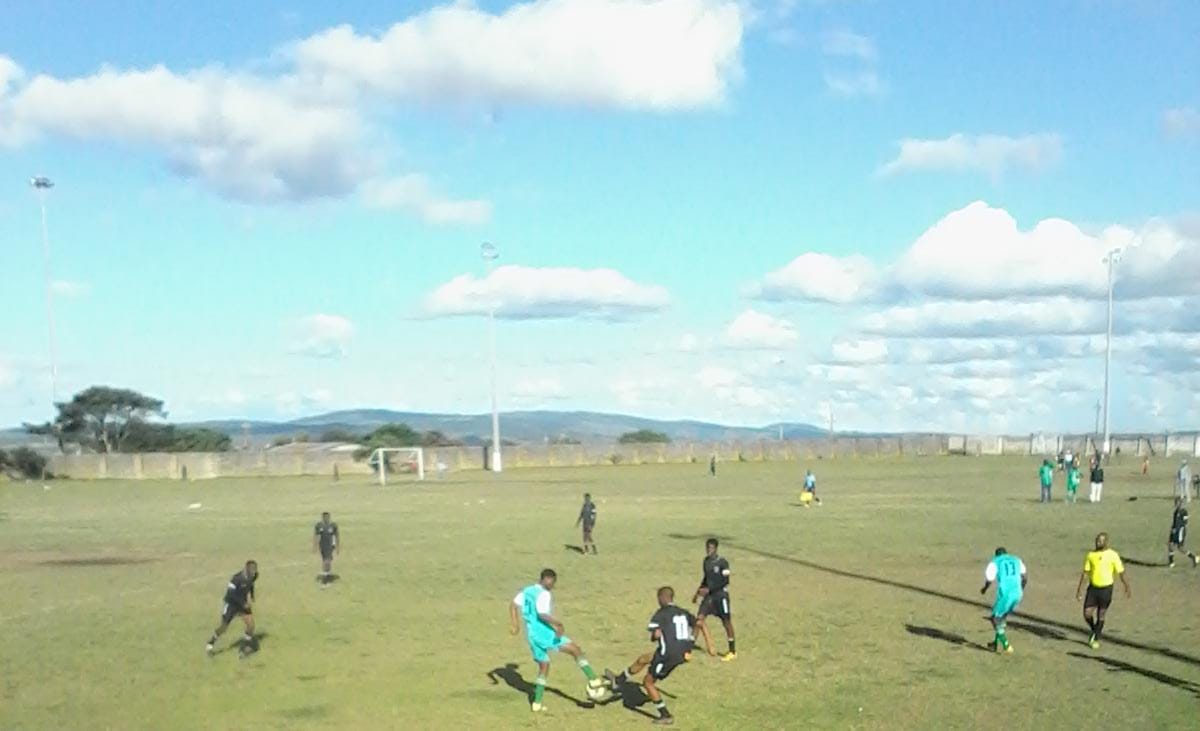 Pirates in black against United Eleven in their SAB regional league clash.

It was a weekend of mixed fortunes for our local sides in the Sarah Baartman SAB regional league.

Jacaranda Aces nearly squandered a two-goal lead but managed to scrap through the game with a 3-2 win. Aces were still guilty of allowing the opposition to dictate terms and dominate the game and also needed to strengthen their shaky defence.

They also need to find a lethal centre forward to be their point of reference when attacking. Aces’ goals came via the boot of Sixolise ‘Sugar’ Koliti, who scored a brace and Ntsikelelo ‘Mabunda’ Mabhuda.

In another exciting game, City Pirates suffered a 2-0 loss at the hands of Eleven United. Pirates made four changes in the first half, but the damage was already done. This was a valuable lesson to their coaching staff to not save the best for last but to start with the best.

Maru came back with maximum points in their encounter with Golden Chiefs, a valuable victory away from home, winning by two goals to nil. Maru cemented their top position and are now on 13 points after five games, a game fewer than Friendly City, who are sitting in the second spot with 11 points after six games.