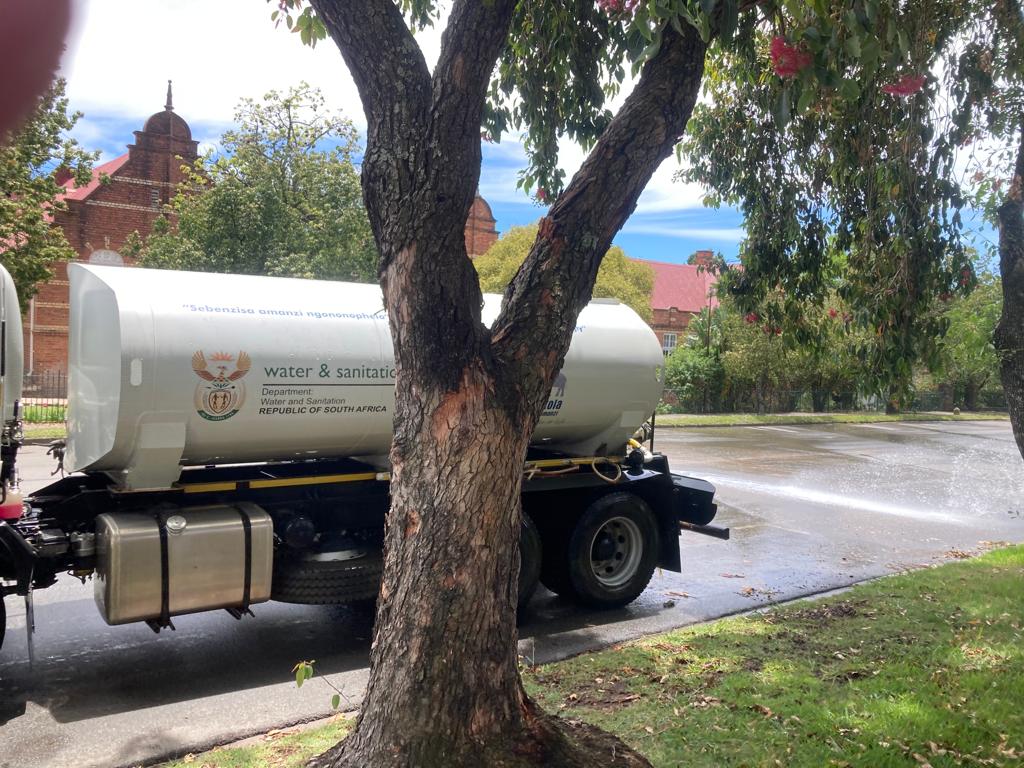 Makhanda’s water supply was again interrupted on Tuesday, 22 November, after pumps tripped at the James Kleynhas Water Treatment Works on Monday night, affecting water transfer and the filling of reservoirs.

The pumps were restarted early on Tuesday morning, but the water supplies from Tantyi, Botha’s Hill and the high-level reservoirs had to be closed.

Meanwhile, Ward 4 councillor Geoff Embling reported on Tuesday that the air valve on the Howieson’s Poort line, which has been leaking for months, was now an abundant spray.

In addition, Embling said another leak near the dam wall at Howieson’s Poort, which was “previously fixed but not done properly,” would have to be attended to soon.

Jonathan Walton commented on the Ward 4 WhatsApp group that contractors should not be allowed to get away with shoddy work: “There must be consequences for contractors who are not competent for this type of work. One way of enforcing consequences is through financial penalties or cost recovery.” Walton appealed for full disclosure of the services level agreements between the Municipality and the contractors.

Meanwhile, Embling said the Municipality was waiting for schools to close to do the repairs, as they will require more water shut-offs. A resident commented that when the schools close, the laundries spend about ten days cleaning “all the linen, duvet inners, pillows and other stuff for what must be thousands of kids that cannot be washed during term time”.

Embling said it was “amazing” that most of the city had received water daily despite the two leaks. “It shows that the municipality can provide water if it wants to, even with major leaks,” he said.

Machanick said he had earlier seen a prisons service truck filling up at the hydrant. “Does Makana not monitor the use of such infrastructure?” Machanick asked.

Leaks in the city

Several other water leaks were reported on WhatsApp groups during the week.

One resident said the leak on Mill Street “seems to be becoming a permanent water feature, with a stream running down Lawrence into George”.

Refuse trucks back in operation

However, there was some good news this week as the Municipality’s second compaction unit truck was returned to service. The roll-on container truck is also back on the road.

Makana Municipality announced Monday that refuse removal was “back to normal”.