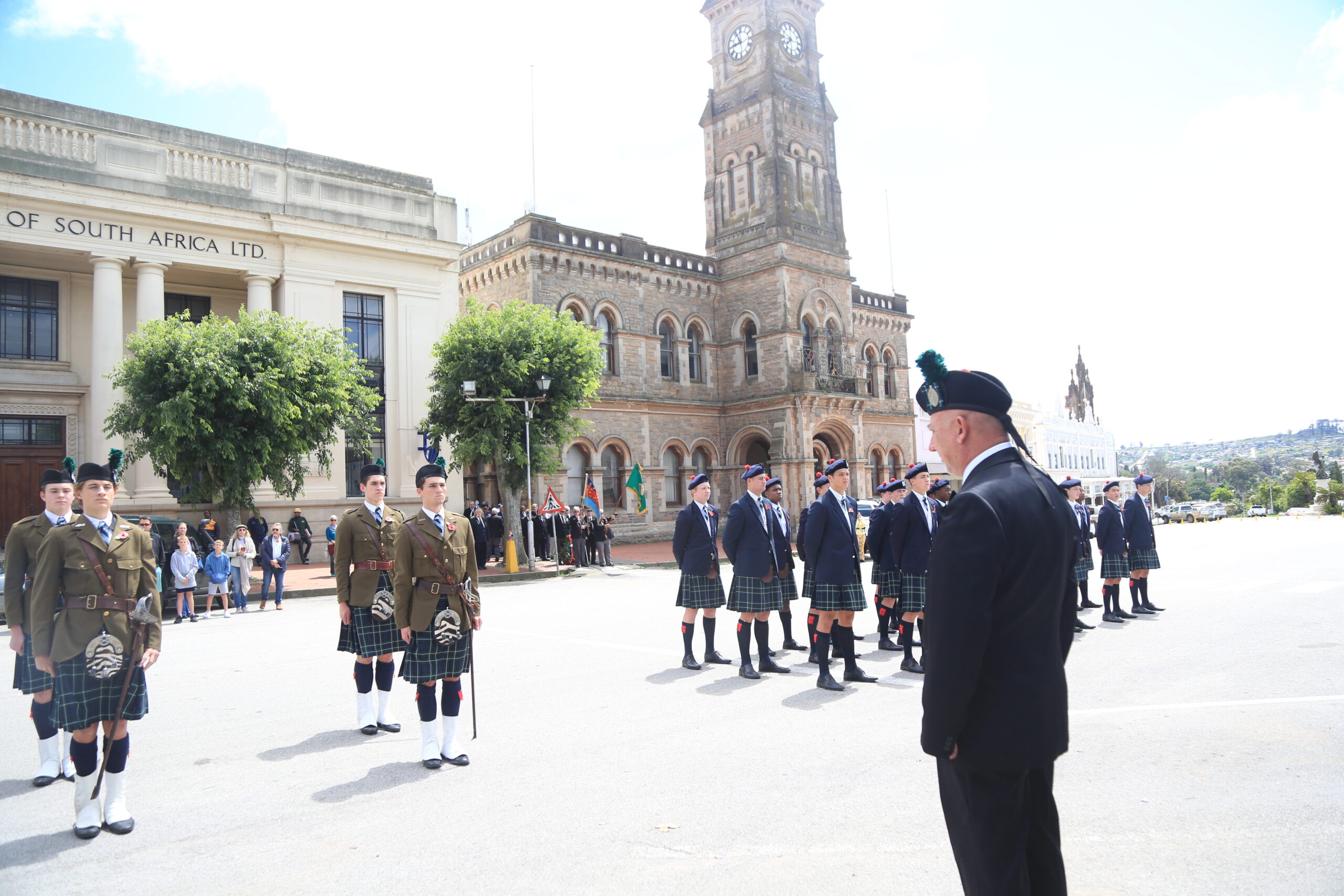 They shall grow not old, as we that are left grow old:
Age shall not weary them, nor the years condemn.
At the going down of the sun and in the morning
We will remember them.

From For The Fallen by Robert Laurence Binyon

Makhanda schools, the SAPS and representatives of Makana Municipality, were out in force to pay their respects at an impressive Remembrance Day parade on Sunday, 13 November, held by the armed forces veterans organisation, the MOTHS (Memorable Order of Tin Hats).

Remembrance Day marks the day World War One ended, at 11 am on the 11th day of the 11th month, in 1918. Remembrance Sunday is also marked each year.

At a ceremony in Church Square, Makhanda, on Sunday morning, Old Bill of the Makanakop Shellhole Andrew Kirk placed the focus on the younger generation.

“It is our duty to educate and inform the future generations of how we, perhaps in their perception, failed as examples,” Kirk said. “Yet somehow survived to provide for them that they may flourish.

“This requires us also to interrogate our selfish desire for the youth to live their lives as we may have perhaps wished to live our own.”

Kirk said while times had changed, the threat of global war still loomed large, with war still escalating in Ukraine, Myanmar, Iran and the DRC, among other places.

“Our own legacy is of a nation divided but on the rocky path to unity – our overarching goal,” he said. “Yet we face challenges to this goal at every turn.

“The politicians would have you believe that our differences are grounds upon which to sow division – to build barriers along racial, social and economic lines.

“We must rise to this challenge, for we know this to be true: our differences, our perspectives, and our rich and diverse people are the cornerstone upon which greatness will be built. Our most important unifier is that we all love without boundaries.”

In a letter to Grocott’s Mail, Dr Sirion Robertson commented, “How impressed – indeed moved – I was with the Remembrance Day ceremony”.

“I would like to congratulate the members of Makana Shellhole, many of whom contributed a great deal of time, effort, respect, humility and care in marking this internationally recognised annual event,” Robertson said.