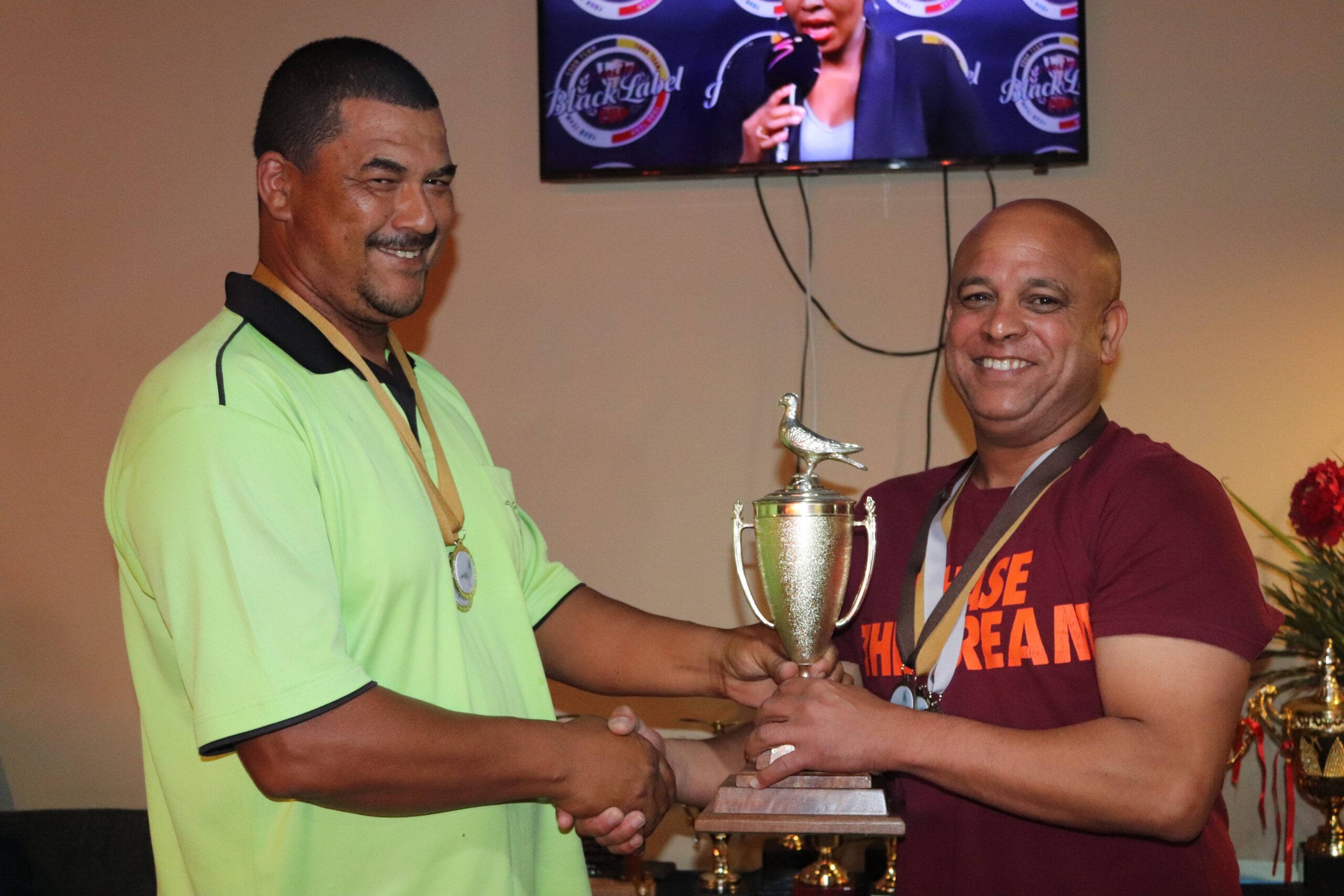 The Grahamstown Racing Pigeon Club recently held its Annual Prize Giving Ceremony at the Goldrush Conference Centre last Saturday. The prestigious event was well-attended by members, dignitaries, partners and the media. Members were rewarded and acknowledged for their hard work, dedication and performances for the past racing year.

Some of the Eastern Province Pigeon Union (EPPU) members were also in attendance and witnessed the growth of this spectacular event since its inaugural Awards last year. This year’s event was more competitive, significant, and attractive.

Andley Jeggels, the defending 2021 champion, relinquished his title to newly-crowned champion Ian Doyle, who got deserved revenge after settling for the second spot in a close finish last year.

Doyle walked away with the prestigious Club Champion Award and scooped five awards, making him a true and worthy Champion. Doyle is a seasoned campaigner, a hard worker, a committed racer, and a tough competitor, and he has years in the business. This season, he was in sublime form with his pigeons and worked extremely hard to earn his Championship Award.

It was, however, a very tight race between Ian Doyle and Graham Samuels for the ultimate Club Championship Award. In the end, Doyle just edged Samuels by three points to claim the title and crown. Doyle ended with 110 points and Samuels 107.

Defending champion Andley Jeggels ended in a disappointing fifth place but congratulated Doyle on his remarkable achievement. Samuels also performed exceptionally well the past season and walked away with seven awards on the night, a personal record and achievement for him. Baliso Brothers received the Best Newcomer Award in his first season as a pigeon flyer.

Doyle was very excited and couldn’t hide his tears in the presence of his wife. “I am very happy, emotional and excited as it is quite a remarkable achievement for me. I have worked very hard, and it was not easy due to other commitments in my life. It was difficult for me to be crowned the champ, as it was a very tough season.

“The race to the title was very close towards the end as I won with only three points over my arch-rival Graham Samuels. I also want to thank all the members for their competitiveness and commitment during a tough season. I’m eager to defend my title next year and will work extra hard to achieve just that,” he said.

Ciske McKaizer also received special mention for his outstanding participation and a space race he mastered like a truly experienced champion.

This sport is becoming more popular by the day, and the Chairperson of the GRPC promised that it would grow from strength to strength in the near future. He also mentioned that South African President Cyril Ramaphosa is a pigeon racer, a member of a Club, and a keep pigeon flyer.

The following wone of sale races that received money as per results:

Winners also received medals for the combined races for the first three positions of every race.