An enchanting journey through Albany Thicket 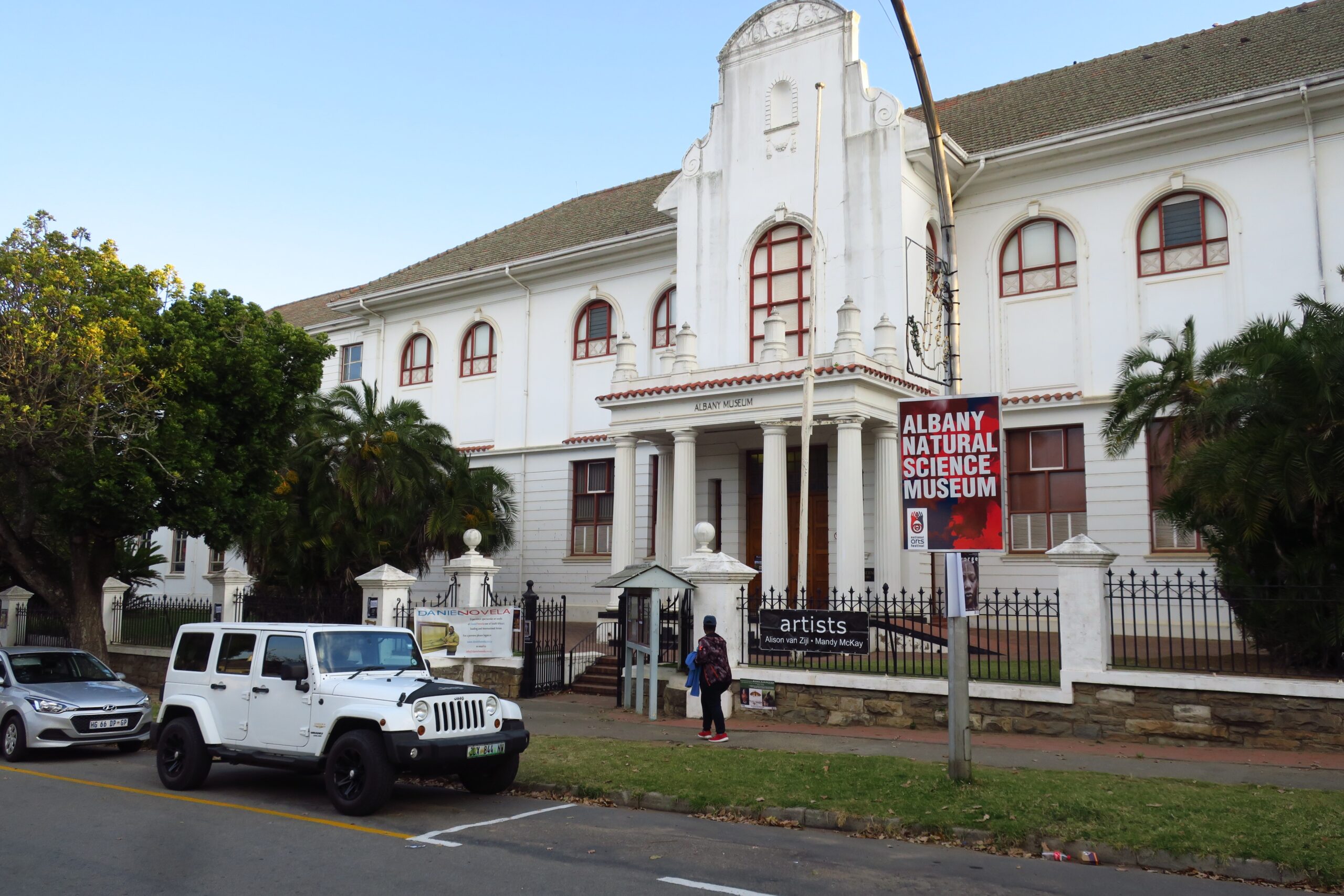 Many of William Burchell’s duplicate specimens can be viewed at the Selmar Schoenland Herbarium in Makhanda. Photo: Marion Whitehead

By the FRIENDS of WATERS MEETING (FoWM)

The many varied plants of the Albany Thicket enchanted British explorer and naturalist William Burchell when he travelled through this area in 1813 during his four-year, 7000km journey across Southern Africa in a custom-built ox wagon.

“There was so much contrast here. He came across plants that were tough and thorny, like the intriguing Eastern Cape blue cycad (Encephalartos horridus), as well as beautiful blooms that were soft and delicate, such as the marsh lily (Crinum campanulatum). Both are now rare or endangered,” author Marion Whitehead told a packed gathering of the Friends of Waters Meeting Nature Reserve at Pike’s Post on the grounds of the Bathurst Agricultural Museum on Saturday, 5 November. Together with Dr Roger Stewart, she is the co-author of a new book on this neglected hero of British natural history, Burchell’s African Odyssey: Revealing the Return Journey 1812-1815.

Burchell wrote about his outbound journey from Cape Town to Litakun on the edge of the Kalahari in his two-volume book, Travels in the Interior of Southern Africa, published in 1822 and 1824. However, the publishers declined to publish further volumes and so Burchell’s return journey – through the southern Kalahari, then across the Karoo to Graaff-Reinet and on to the Fish River mouth before returning to Cape Town along the coastal plateau – has remained a mystery. Yet this part of his great trek, he collected 75% of the 63000 specimens he amassed to add to the scientific knowledge of the time.

“At Graaff-Reinet, he started encountering patches of arid thicket. He lingered for two weeks at Doornboom Grove, the farm which became Somerset East, wandering in the forests on the Boschberg, revelling in the lushness after more than a year in desert environments,” said Whitehead.

From there, he travelled along the track linking the military posts west of the Fish River, the boundary of the Cape Colony at the time. At Zwartwater Poort, a cheetah was a surprise encounter. “This shows how much this rare big cat’s range has changed today. Burchell later donated the cheetah’s skin to the British Museum in London,” she added.

Near Riebeeck East, Burchell collected his first specimen of the wild pomegranate, later to be named Burchellia bubalina in his honour. This lovely small tree with deep orange to red flowers is currently blooming along the roadsides around Makhanda and Port Alfred.

From what was then little more than a military barracks grandly named Grahamstown, Burchell set off for the Fish River mouth. “This was to be an important point in calibrating his map of Southern Africa, which remained the best and most accurate available until well into the 19th century.” His attempt to cross the Kowie River mouth with his two overloaded wagons turned into a nightmare. He got stuck in the soft sand on an incoming tide and was lucky to be able to retreat to the east bank with his precious specimens intact.

However, there was an upside to this incident. Retracing his route to Grahamstown, he found a beautiful plant he struggled to identify in the bush near Bathurst. It was new to science and turned out to be the first of the group of plants we now know as clivias. Two local nurseries sell what are most likely direct descendants of the populations of Eastern Cape clivia (Clivia nobilis) that Burchell described: Yesterday, Today and Tomorrow nursery in Bathurst and Clivia Wonders in Port Alfred.

There was more drama in store for Burchell in Lower Albany. From Blaauwkrantz military post, he was advised to take a “shortcut” to cross the upper reaches of the Kowie River at its confluence with the Blaauwkrantz River. “But he was benighted along the way with his overladen wagons on a very rough track. Despite his escort of three soldiers, 23 of his oxen were stolen by Xhosa raiders during the night, and he was well and truly stuck in the thick of the valley thicket.”

A furious Burchell named this campsite Robbers Station. He presumably got help as the next day, he reached Lombard’s Post. He spent some time at Rietfontein, now Elmhurst Farm, where he found more Clivia nobilis before heading to Uitenhage and his long trek back to Cape Town.

“Burchell’s journey across the Southern African veld was the highlight of his life. Sadly, he didn’t receive the recognition he should have from the British establishment of his day for his enormous contributions to science. He is better known in South Africa, where nature lovers are familiar with Burchell’s zebra, Burchell’s coucal and courser. And we have the only memorial bust of Burchell in the world in the Garden Route Botanical Garden in George,” added Whitehead.