What lies beneath our Eastern Cape feet 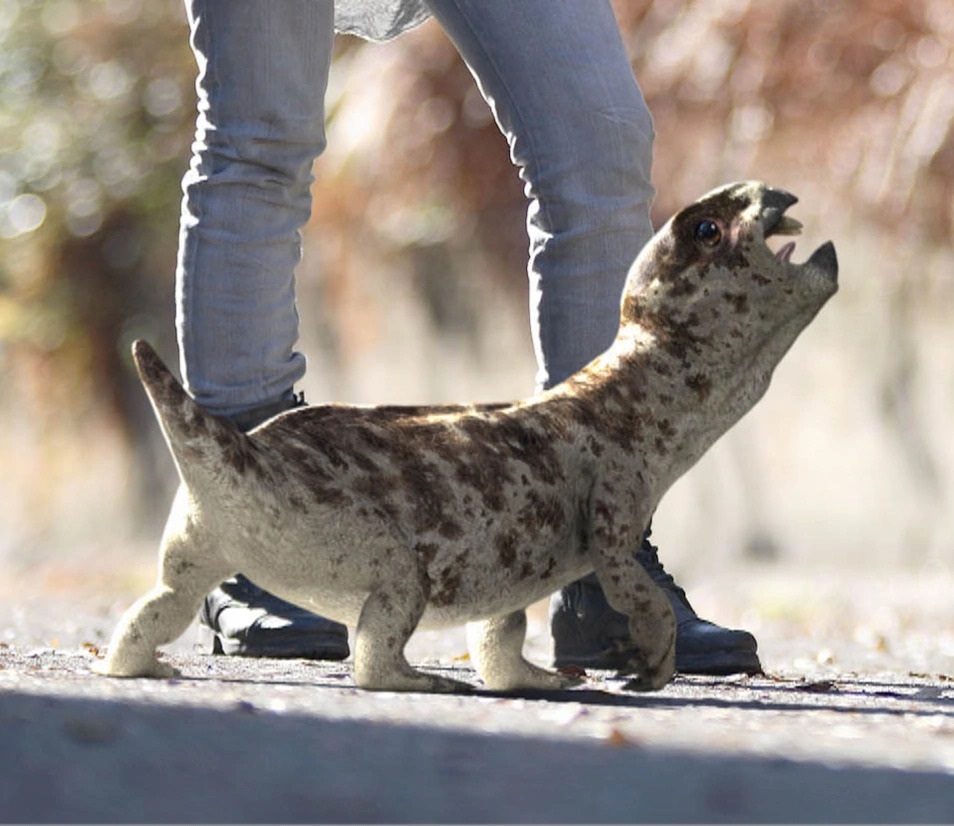 There are diictodons below your feet. Diictodons were a therapsid herbivore, closely related to mammals, from the Permian period. Photo: https://primeval.fandom.com

Walking along the sun-beaten streets of Makhanda, you might not notice how old it is. There are some clues: the 19th-century architecture, the wide roads initially designed for teams of oxen, the sombre and proud cathedral and church spires, and the bronze statues now green with oxidation and rust. Yet beneath this town, there is an even older history.

It delves deep beneath the potholes, far below the cement foundations and burst pipes that we consider firm ground. Surrounded by jacaranda-stained streets, you might not notice how old the world is around you, how beneath your feet the earth is filled with stories lost to the millennia, that underneath you lie the bones of ancient creatures whose lives beat just as fleetingly and dramatically as ours do now.

Beneath us lie the prehistoric creatures of the Eastern Cape.

Admittedly there are not a lot of dinosaurs being dug up in the middle of town – there are no fossil excavations in the middle of Peppergrove Mall – but if you’re willing to look around a bit, you don’t have to go too far. Just a couple of kilometres from High Street lies Waterloo Farm, one of the world’s most prominent and best-preserved sites of the Devonian Age. In the world!

Over 360 million years ago, a Devonian estuary is abundant with life on the supercontinent of Gondwana. Among its woody shores, early newt-like tetrapods (four-limbed vertebrates), such as Tutusius and Umzantsia, crawl on their bellies over the land, avoiding the ancient Devonian sharks that swim in the waters beneath them. And tetrapods are not the only creatures that have braved the land; Gondwanascorpio, a late-Devonian scorpion and the land-dwelling creature to inhabit Gondwanaland, stalks the terrain, formidable pincers ready to strike as it hunts for unsuspecting prey.

Further afield is the Karoo town of Nieu Bethesda, home of The Owl House – and the Nieu Bethesda “dinosaurs”. The area has some fantastic fossil sites, but the creatures that are found there are not, in fact, dinosaurs.

The fossils from this area are from the Permian Era when creatures such as Gorgonopsions and pareiosaurs roamed the hot and dry plains. While these large, reptile-like creatures might seem like dinosaurs at first, they were, in fact, therapsids, the animals that gave rise to mammals and, therefore, more closely related to ourselves than to dinosaurs and their high-flying descendants, the birds.

One of the therapsids, a male diictodon, scrambles across the rough terrain on his way home. Dug into the warm earth is a cool and protected burrow where his mate and babies wait for him to return. As his mate leaves for her share of prehistoric grocery shopping, the tired diictodon settles down to take care of the kids, tired after a long day of being one of nature’s oldest known stay-at-home dads.

While there aren’t any dinosaurs wandering around the Owl House these days, there is another near-and-dear destination where you can find true dinosaurs. Addo Elephant Park is well-known for its giants, the largest land mammals of our time, the elephants. Yet even these titans are dwarfed by the colossal sauropods that once ruled the area around Port Elizabeth before them.

Known as the ‘Kirkwood Formation’, this stretch of land has revealed fossils of Early Cretaceous sauropods such as Brachiosaurs and Camarasaurus. Among the coastal vegetation, a large diplodocid browses amongst the foliage and twirls its whip-like tail, its immense weight and size changing the environment around it, much like elephants do today. Once thought to have gone extinct long before the early Cretaceous, the Kirkwood Formation shows that, at least in these Southern regions, Diplodocids remained alive well into the Cretaceous.

Now you know how deep the earth is beneath you as you walk the worn-gravel roads of Makhanda. You can feel the pull of aeons as strong as gravity on the soles of your feet. Turn into the Albany Museum or take a day trip to Addo Elephant Park. You’ll follow in the footsteps of all the strange animals that preceded us, now immortalised through their bones and burials, the ancient things that are the prehistoric creatures of the Eastern Cape.