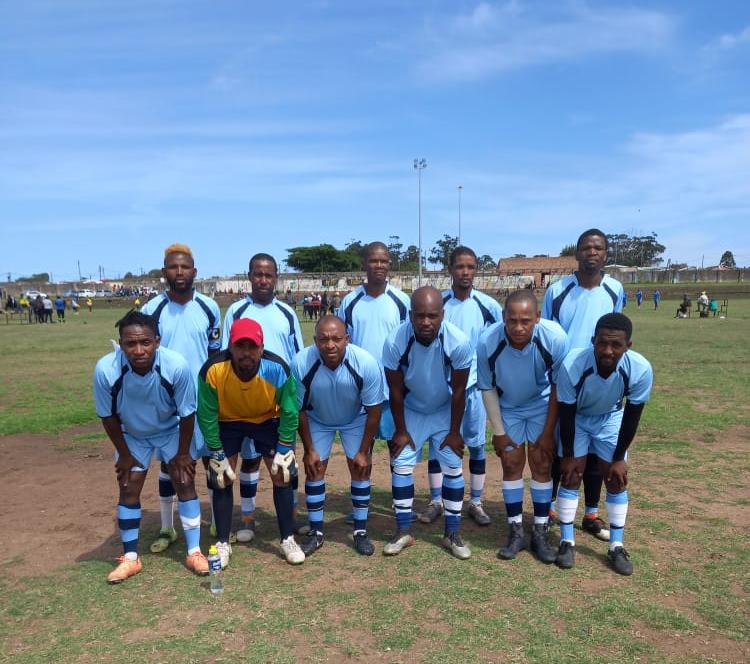 On Saturday, football fans came in numbers to witness a workers’ football tournament hosted by the Hi-Tec staff football team. It was a lovely family outing, and the action on the field did not disappoint.

In some of the day’s fixtures, St Andrew’s College (SAC) kicked off their campaign with a convincing 3-0 win, while the hosts Hi-Tec knocked out Pic n Pay in a penalty shootout.

Rhodes University came from behind to force a draw against Tower Hospital and went on to win on penalties.

There was a 20-30 minute delay before the start of the next round of the competition as Rhodes took their affiliation fee and left the tournament after complaining about the short time they were given to rest between their games.

One of the tournament officials stated that all teams were informed before the draw about how the games would be played, and they knew what would happen.

In the semi-finals, Fort England beat Tyeks security by a single goal. In another exciting and action-packed semi-final, hosts Hi-Tec went down to SAC 1-2. The final was between the two teams that showed great form and consistency throughout the tournament.

SAC locked horns with Fort England in a much anticipated final that did not disappoint. Both teams started the game like a house on fire, but there were no goals in the opening half. In the second half, SAC turned on the heat and were rewarded with only twenty minutes left on the clock when Zanoxolo Manyathi tapped home from a well-placed cross from the left.

Fort England missed a glorious opportunity when their striker ran onto a perfect pass and went one-on-one with the keeper but shot straight at him. They were made to pay a minute later when their defender brought down a SAC player inside the box and left the referee with no choice but point to the spot.