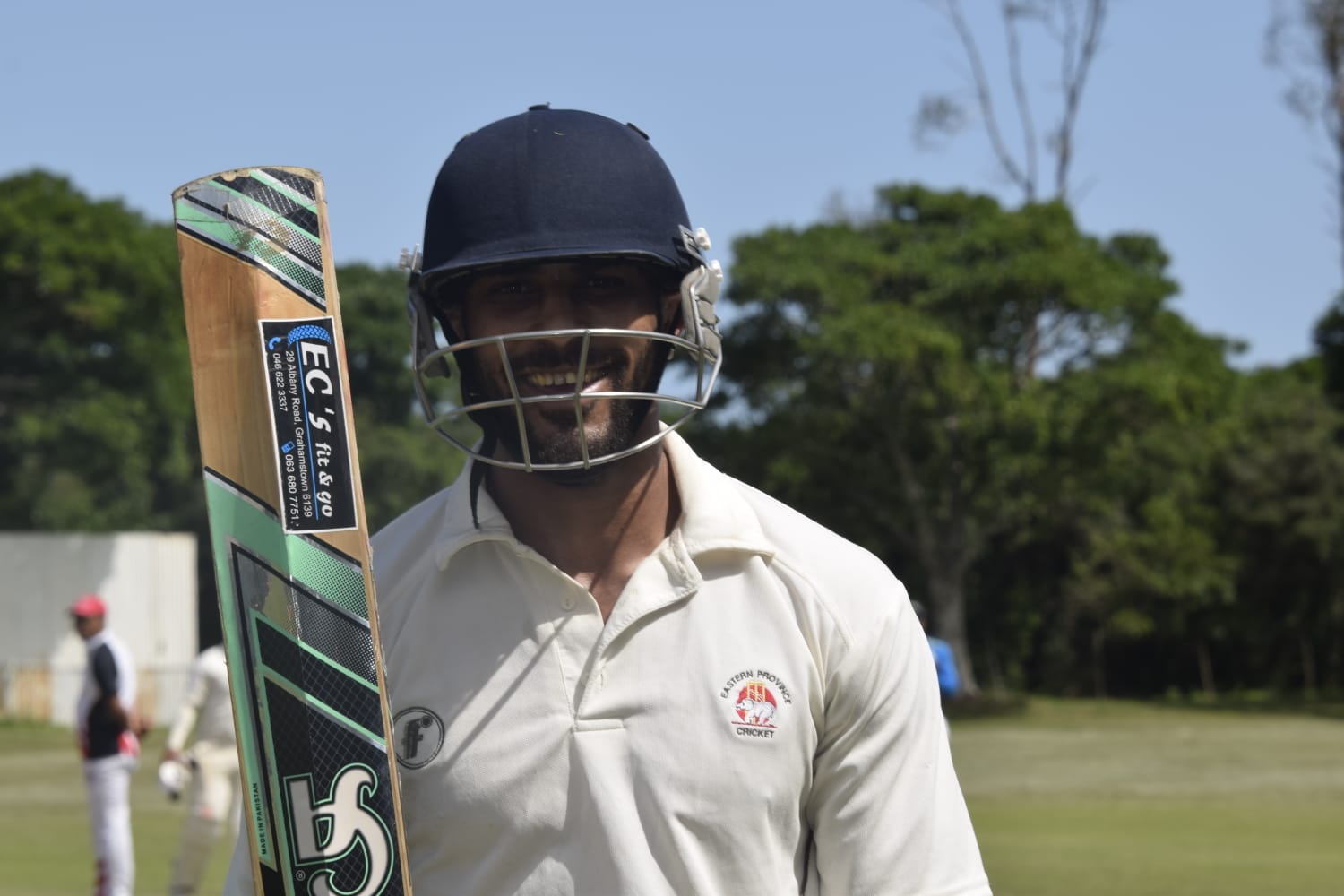 Abner Accom, Man of the Match for Willows vs Station Hill. Photo: supplied

The Grahamstown Cricket Board (GCB) T20 1st League got underway this past weekend with some exciting cricket on display despite the rainy conditions on Saturday.

In the GCB 1st League 50-over Competition, Willows got the better of Station Hill in their first of two Derby encounters on Sunday.

Salem, Willows and Makana Sona battled it out to see which two teams would advance to the semi-finals. Defending Champs Willows and Salem advanced, while Makana lost their matches.

Willows won the toss and elected to bat at the Shaw Park Cricket Ground on Sunday. The visitors got off to a decent start, with openers Romario Fritz (25) and Captain Seviano Jasson (22) laying the foundation for their side. In came the skilful all-rounder Abner Accom who blasted his way for his maiden century for Willows with a flamboyant and classy 102 runs. He was very aggressive and played a match-winning knock, despatching the bowlers all over the park. Accom was well supported by Marquin Loutz (40) and notable cameos by Tando Ngcete (15) and Cariston Haarhof (15), who ensured their side posted a mammoth 268/9 in their allotted 50 overs.

Willows came out firing and tales up high in defending their total, bowling and fielding with utmost discipline and accuracy. Station Hill lost wickets regularly as Willows bowlers took their chances and bowled excellent areas throughout. Cole Wessels was the destroyer-in-chief taking an impressive 6/42 (10), while great support came from Roswill Mager 2/12 (4.5) and debutant youngster Lagon Oerson 2/18 (5). In the end, Station Hill could only manage 81 runs off just 22.5 overs, handing Willows a comprehensive 187-run bonus point win.