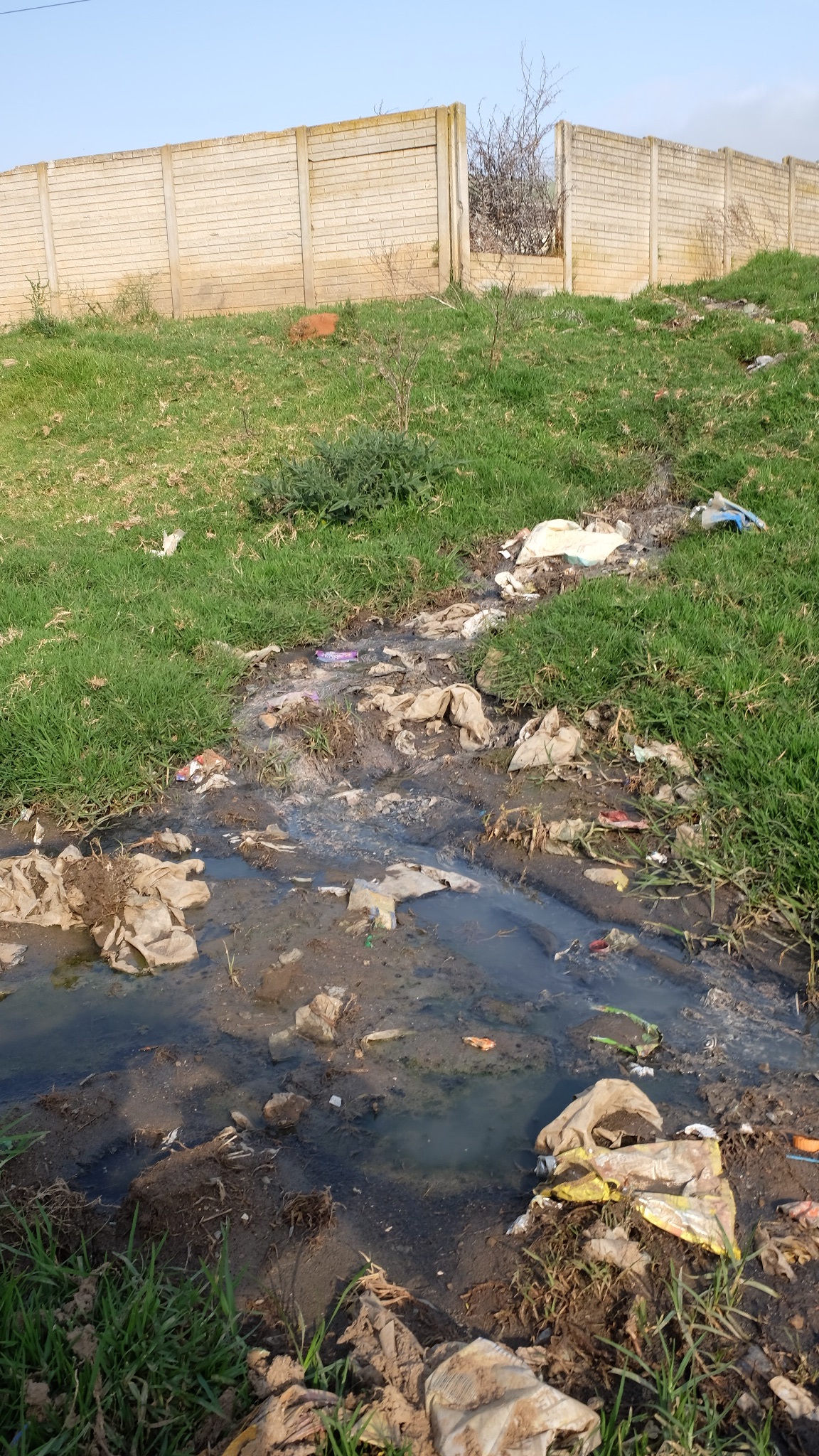 Welcome to Sewagedale. Raw sewage on its way to the Bushman's River. Photo: Rod Amner

Alicedale is being overwhelmed by sewage and refuse – and the town’s fragile water supply is starting to break down – as the Makana Municipality’s authority and service delivery systems disintegrate.

Several residents complained to Grocott’s Mail that unsupervised municipal workers were failing to do their job after a manager and a “capable and hardworking foreman” were forced to leave” by a faction of residents and workers.

Meanwhile, the town’s fragile water supply has been disrupted because the hardworking municipal employee who works day and night to keep it going is exhausted.

According to resident Eli Konstant, he is “making himself ill” after working overtime day and night for many months. He is not fully compensated because of Makana Municipality’s new limits on overtime claims.

Before the drought, Alicedale’s water came from the New Year’s dam, fed by the New Year’s River, which runs adjacent to the Bushmans River. The town now relies on four boreholes serviced by one solar pump and three electrical pumps.

Apart from the water team, Konstant said that in the absence of a manager or foreman, there had been a complete breakdown in the discipline of municipal workers employed to clean and maintain the town.

“Employees arrive at work at 8 am to ‘sign in’, lift not a finger to do their assigned jobs, and go home again at 10 am,” she said.

Refuse bins are overflowing, and rubbish is piling up around the town, including in the municipal yard, which is close to the Bushmans Sands Hotel.

Raw sewage is bubbling up in private gardens, streaming through streets and polluting local water sources, including the Bushman’s River.

“Houses promised for the past 16 years are not in evidence, the roads are deeply potholed, and fences are falling over,” she said.

A petition signed by hundreds of concerned residents for the reinstatement of the foreman has been sent to the Makana Municipality. But, the town’s woes are being ignored by Makana, Konstant said.

The foreman was not the first municipal employee to be chased out of town. Earlier this year, local service delivery manager Gustav Goliath also left the town after receiving threats from a “faction” in the community.

A source to spoke to us on condition of anonymity said chronic service delivery problems had been building exponentially in the town for years because of the lack of support, tools and funding from the Makana Municipality. He said that elements in the community took out their dissatisfaction on the manager and the foreman.

In addition, the foreman was known for holding a firm line on absenteeism, making him unpopular with elements in the workforce.

The role of the ward councillor

Konstant asked whether Independent Ward 14 councillor Vuyani Nesi galvanised community members to intimidate the foreman. “What happened to Ace? Intimidation? By Nesi? By a mob mobilised by Nesi?” she asked in a letter to Makana Community Services director Xolela Kalashe.

“Alicedale needs a strong hand, and the well-respected and hardworking Alicedale foreman has always given his best. He has been withdrawn due to threats by the councillor and his cronies, who in turn have galvanised community members to join the cry for his dismissal. We believe this was based on the commitment that he showed to his job and the discipline he showed,” Konstant wrote.

In response, Nesi said as a councillor for the area, he was “in no position” to fire or threaten anyone. “The foreman is not employed by me but by the institution [Makana Municipality],” he said.

Konstant wrote several letters to Makana about the crisis in the town without a response.

Mene responded, “It is so hard to ask a beleaguered Municipal Manager these questions.”

Phina Williams, 72, said when her yard was flooded with sewage, she had to pay locals to help her cover up the stench because there was no response from the Municipality. She said she had pain in her chest and fatigue from the overwhelming odour.

She confirmed that there was “no supervision” in the town. “They go to ‘work’ but they do nothing. Certain people don’t want the foreman – maybe he is too strict. The workers don’t want supervision. Everyone wants to be a boss,” Williams said. “Things are bad since he left. When I used to call him, he came the same day.”

Williams called Independent Ward 14 Councillor Vuyani Nesi to intervene in her situation, but he told her his hands were tied as he had no authority to “hire or fire” municipal workers.

Konstant said in a letter to Kalashe that except for the team operating the town’s water works, “there is absolutely no evidence of anybody doing the work for which they are handsomely paid”.

“Municipal workers are either sitting against a wall, leaning against a tree, lying down with their eyes protected from the sun, or talking in groups surrounded by filth. This is undoubtedly a ploy to ensure they are at work and, therefore, cannot be booked as absent. But they were certainly not working.

“It beggars belief that this kind of anarchy goes unchallenged by the Municipality itself – for where will it end if not halted in its tracks and the perpetrators taken to task?” Konstant said.

A proud rugby town – in desperate need of support