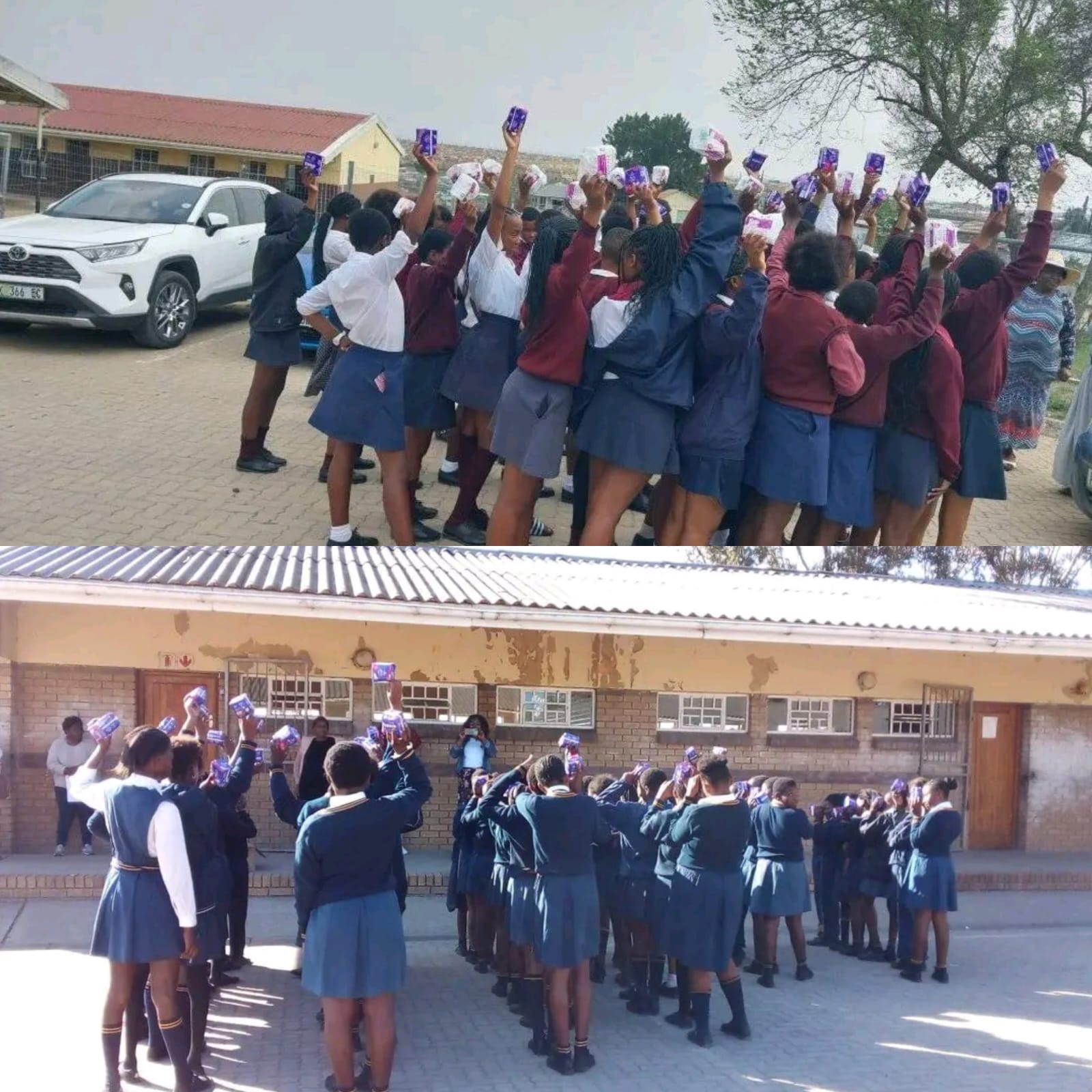 Some of the schools that Unathi May donated sanitary pads to are NV Cewu and CM Vellem. Photo: supplied.

A Good Samaritan who does the little that she can to ensure that a girl child is taken care of goes by the name Unathi May. Raised in Makhanda’s Joza location, her aim is to give back to her community which is why she took the initiative to donate sanitary pads to girls in need.

May started running her sanitary pads project in December 2021 after she felt propelled to do something positive that would have a positive impact on her community. The decision to start this initiative came from her visit to a children’s home where she spoke to the woman who oversees the daily operations of the home.

It was during that visit that May enquired about the number of girls who used sanitary pads. “After I had received the number from the home, I donated two packs of sanitary pads to each girl and I haven’t stopped giving since then,” she said.

In the month of October alone, she has already visited two schools and is looking forward to visiting one more towards the end of the month. May’s biggest challenge is financial constraints. She relies on her full-time job for funds which helps in making the initiative a success.

“I do not receive any form of assistance or funding, the project is dependent on my own pocket”.

May also said that the lack of financial resources means that she cannot meet her target donation and is also unable to donate other essential products.

Currently, she single-handedly runs the project but does have plans to register the project as an NPO and get more hands-on board in the near future.

May said that she would like to give more and part of her long-term plans is to include boy children in her project. “A boy child is often neglected and I want to do away with that notion. At the moment I do not have anything to accommodate boys. But from some of the schools I’ve attended, I have made the principals aware that I want my project to include boys too”.

To ensure that the project runs long-term, would you extend a helping hand by donating a pack of sanitary pads or by rendering any other form of assistance? If so, please contact Unathi May at unathimay11@gmail.com