Who are the Quakers? 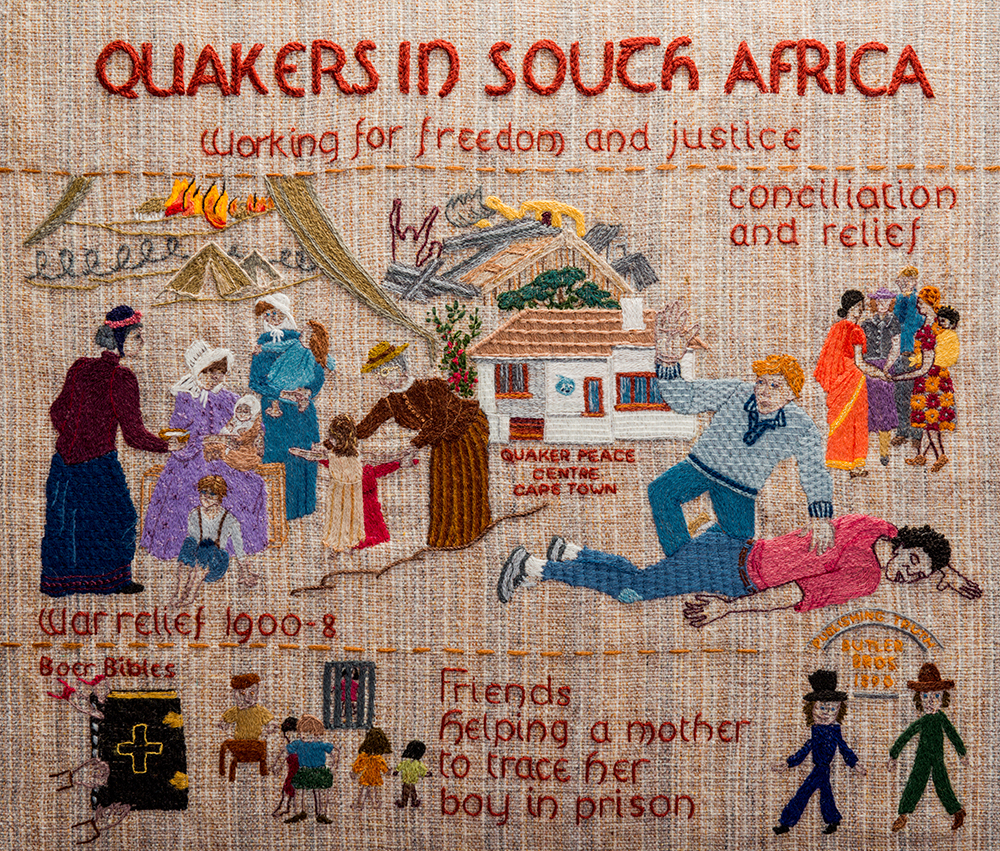 October 2 was World Quaker Day. Who are the Quakers, and do they exist in Makhanda/Grahamstown?

For many people, the only Quakers they have heard about are in the pictures on the Quaker Oats package. But forget those Quakers – they are part of another story.

Quakers (also known as the Religious Society of Friends) grew out of a Movement in England in the seventeenth century. Many of those who joined the Movement went as Pilgrims to the USA, where they established a strong base in the Eastern States. The Movement grew out of disenchantment with the established Church, where they found no Spiritual comfort or strength and felt that the Church was more concerned with the wealth of its clergy and its connection to political power.

Early Quakers were shunned and persecuted, but they stuck to their beliefs and refused to be bound by the artificiality and hypocrisy of contemporary society. Isaac Pennington, an early Quaker in 1667, wrote, “Our life in love and peace and tenderness and bearing one with another, and not laying accusations one against another, but praying one for another and helping one another up with a tender hand.”

For 400 years, Quakers have been recognised for their honesty, passionate commitment to social justice, and opposition to violence and war.

Quakers have worked for:

Underpinning all these activities are the Quaker Beliefs, and paramount in those is that they believe that there is a living spiritual presence at work in the world, which is both within one and outside, for whom many words are used, i.e. God, Light, Energy, Jesus, Buddha, Artman etc. And there is that of God in everyone and all of life.

So Quakerism is an attitude and way of life. There are no rules or laws. But Quakers have Testimonies which encourage equality, truthfulness, simplicity, peace, social justice and respect for the environment. They welcome spiritual truth from whatever source it may come, so modelling God’s presence in their lives is more important than espousing beliefs: “Let your Lives speak.”

How do Quakers meet?

Most Quaker meetings in Southern Africa are unprogrammed. There is no set order of service or a Minister. They are organised into local meetings, each of which is a community. Worship is silent during the hour-long session unless someone feels prompted to speak. Worship is silent so that all who have gathered may share the experience of the inner light, i.e. “that of God in everyone ”.

If speaking contributions are made, they are not preplanned but come out of the silence and arise from the place where each person meets God — listening for the promptings of the Inner Light moves many Quakers to practical action.

Perhaps best known to outsiders is that the Quakers are one of the historic peace churches. In times of war, they have supported those resisting conscription and offered their services as ambulance drivers and medical assistants on battlefields.

So if Quakers believe in “letting our lives speak,” what have they done in Makhanda/ Grahamstown?

For decades they worked tirelessly for organisations like the Black Sash and its Advice Office, the End Conscription Campaign, the GADRA Welfare section, the LRC, the Public Service Accountability Monitor, the Hospital Board and more recently, the River Rescue effort.

Where do they meet locally, and how often?

The small group meets in members ’ houses on the first and fourth Sundays of the month at 9.15 am. Periodically meetings are held with the group in Gqeberha. Quakers in the Eastern Cape have existed since the nineteenth century.

Please get in touch with Helen Holleman at 079 227 9698 or Rosemary Smith at 060 607 4826 for further information. Anyone interested in Quakers/The Religious Society of Friends is welcome to attend meetings.