Climate collapse — how the Fourth Estate has failed society 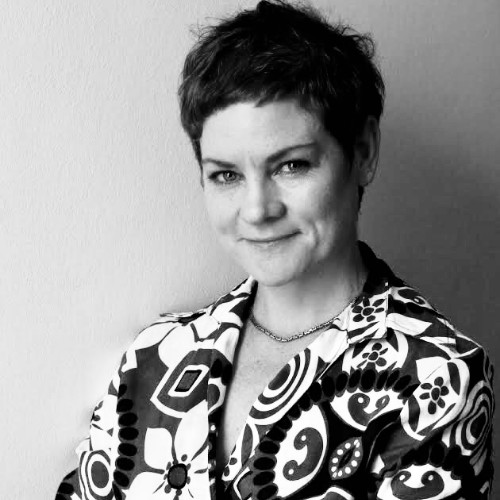 The media — the Fourth Estate — has failed in its role: It has not raised the alarm of climate collapse in time or critiqued the system that allows a few to profit at the expense of all.

The year 1972 was an important one. It was important because that’s the year society was warned that we couldn’t have infinite growth on a finite planet. Half a century ago, the seminal Limits to Growth report was a piece of thinking that helped seed today’s environmental movement.

The Massachusetts Institute of Technology’s number crunching, done for the global think tank the Club of Rome, was clear: if we continued with our industrial-scale pollution and consumption, we’d smash through planetary boundaries by the end of the century.

That doesn’t sound like much when the daily weather gives us 13°C in the morning and a high of 25°C at noon.

But from a climate perspective, that’s the equivalent of a human body having a dangerous fever.

This isn’t ideology — whether we’re convinced by socialism or wedded to low-regulation capitalism. It’s not a belief system. This is the law of physics. We don’t have to believe in gravity; gravity still has a hold on us.

Journalism is called the Fourth Estate, and for good reason. It’s a load-bearing wall in any healthy democracy. Our job is to inform and educate the public, to stoke active citizenry beyond simply turning up at voting stations every five years. Our job is to keep a watchful eye on the powerful in our society, and this extends beyond government.

We have to hold the powerful accountable; that means any entities that have the power to shape our world.

In the climate context, this extends to the private interests that often have more political influence than the voting public.

We have to scrutinise the relationship between governments and private interests that have undue influence to write the rules of the economic game.

This is where journalism has failed.

We haven’t warned society of the gravest existential threat in our 200,000 years as modern humans. We have failed to shape the public discourse in a way that protects everyone.

We have essentially turned a blind eye to the powerful polluters who have shaped our policies and economies to profit from the unrestricted use of our atmospheric space — a shared, global commons — while leaving the rest of us and the environment to pick up the bill.

To put a political-economy view on this: we have been mainly cheerleading those who play by the rules of the limitless-growth game rather than criticising the game itself.

The climate story is still largely relegated to the environment pages in a newspaper. It gets the charity spend — whatever’s left over after newsroom resources have been spent on “apex” beats like politics, business, and even sports.

The satirical disaster movie, Don’t Look Up uses simple, clear imagery, comparing the climate crisis to an asteroid about to collide with Earth. It’s a helpful metaphor. But it’s also a bit misleading: it suggests we’re headed for a single-impact event sometime in the future.

A better analogy is this: Earth is spinning into the path of a giant field of space debris. The deeper we get into it, the more we will have space rocks showering down on our heads.

Every space rock burning through the atmosphere is its own meteor strike. But it’s hard to predict precisely where each one will hit, and it’s hard to know the blast radius.

The terrifying reality is that it has already begun.

Day Zero in Cape Town was a meteor strike. The recent flooding in Durban was another. So was Cyclone Idai, which nearly wiped the Mozambican city of Beira off the map. The three-year drought left the southern African interior strewn with the carcasses of starved livestock. We had record-smashing wildfires, heatwaves, droughts and floods in Europe, the US, the Arctic, and Australia.

When I started writing about climate 20 years ago, these extreme events were only supposed to happen decades from now, when I expected to be well into my twilight years. But they’re happening now, way ahead of schedule, and they’re only going to worsen.

This change isn’t neat and linear. This isn’t some kind of “new normal”. This change is explosive, and ignition has only just begun.

1972 was an important year. The pollution causing the warming we’re seeing today started 300 years ago, but it was only a trickle at first. Over half of all the carbon dumped into the atmospheric waste dump, which has us on a collision course with ecosystem collapse, has been pumped into the atmosphere in the past 50 years.

That’s only half a lifetime of the average person.

What have we been doing as newsrooms to warn about this?

There is no politics, business, or sport without a stable climate.

The latest science tells us we have about ten years to slow the pollution driving this catastrophe. We can’t stop it but can slow the speed as we brace for impact.

We have one decade to disrupt the political and economic system that has allowed this to happen and build something new that works inside our planetary boundaries.

Information moving through society, through the veins of newsrooms, is what oxygenates the political discourse and brings about change.

This is what responsible journalism did when the apartheid state was in power. This is what we have to do now.

We have one decade. That’s ten birthdays — 130 full moons.

What are we going to do with that time?

This article was first published by The Daily Maverick’s Our Burning Planet.

Previous ArticleTwo of the seven escaped Waainek prisoners rearrested
Next Article Who are the Quakers?