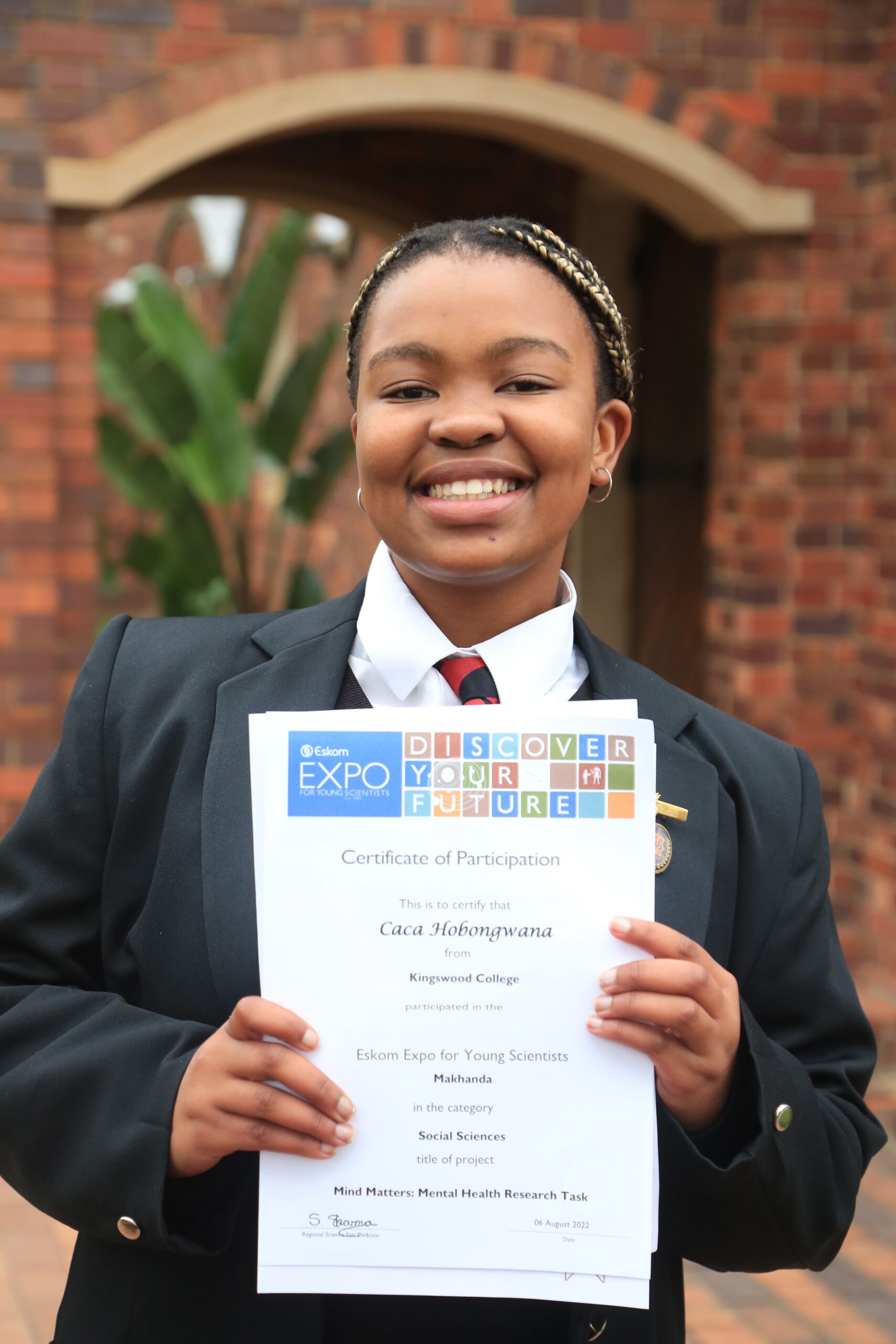 Her project was also announced as the best project by a female scientist at the Expo, and she was placed second overall in the sub-regional Expo.

On top of this, Caca has also received a one-year bursary to Rhodes University in recognition of her project and efforts. She will represent Makhanda in the sub-region at the Young Scientists International Science Fair Expo later this year.

Dianne Price, Kingswood Science HOD, said Caca had taken what she had learnt in class, made sure she understood the scientific method well and then applied this to “a very relevant and thought-provoking topic”.