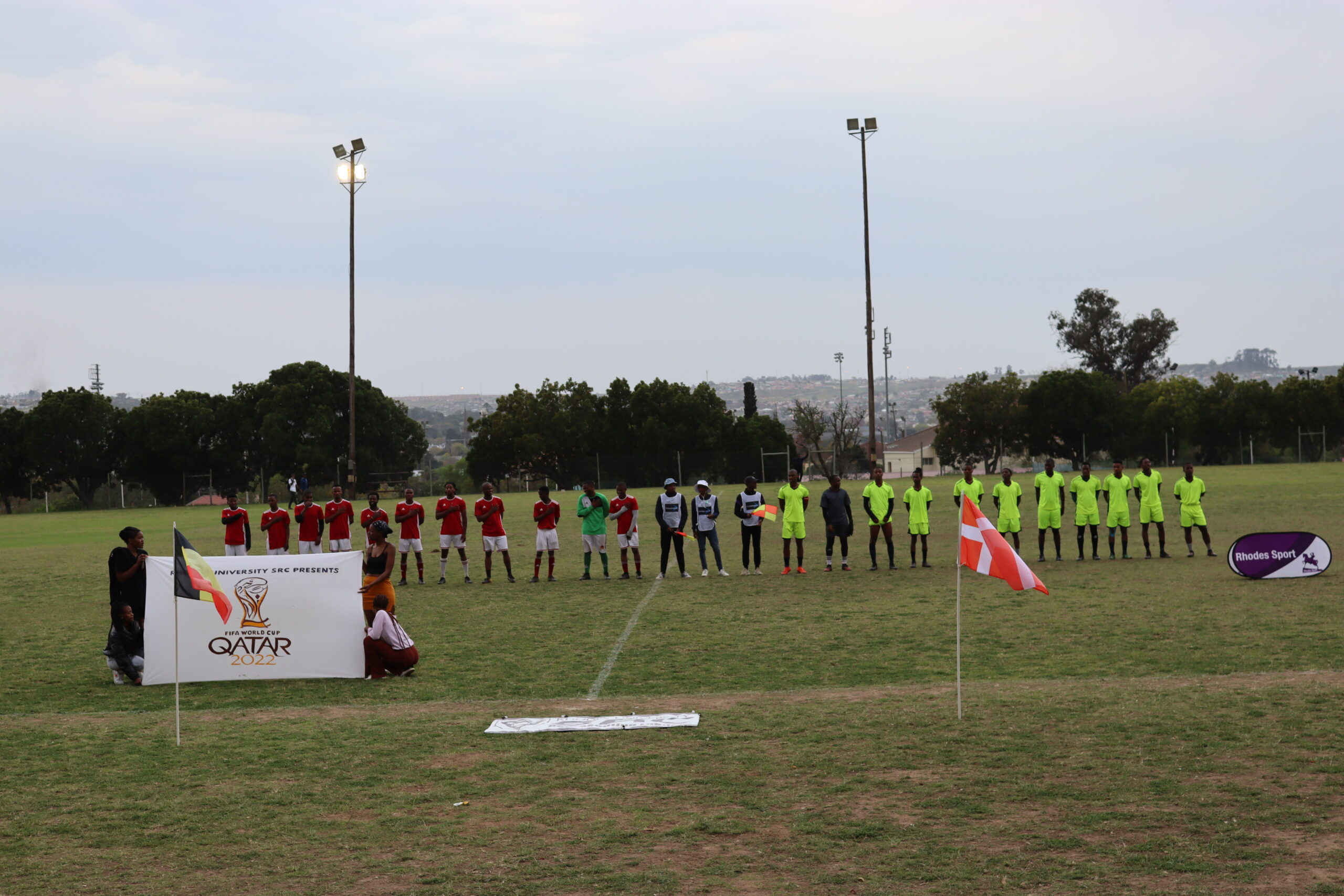 “As we are approaching exams, I thought let’s all do some Jell-O shots and finish the year off with a bang,” he said.

“I enjoyed seeing people who came wearing their traditional attires and realise that Rhodes is a diverse university indeed,” he said.

“Thanks to the 2022 SRC, especially former SRC sport and societies councillor Masithembe Sazanethe, Rhodes University Sports Admin, the Counselling Centre, the International Office, and Rhodes Music Radio for providing us with their sound, which allowed me to commentate!” he said.

“I don’t think this has ever been done before – we made our own Fifa World Cup, even though Bafana Bafana is not a qualifier,” he said.

Ingulube captain Nhlakanipho Buthelezi congratulated one of his players, Senzo Mlaba, who was awarded the golden boot.

The opening match of the 2022 World Cup will be held on 21 November in Qatar – with the final game on 18 December.