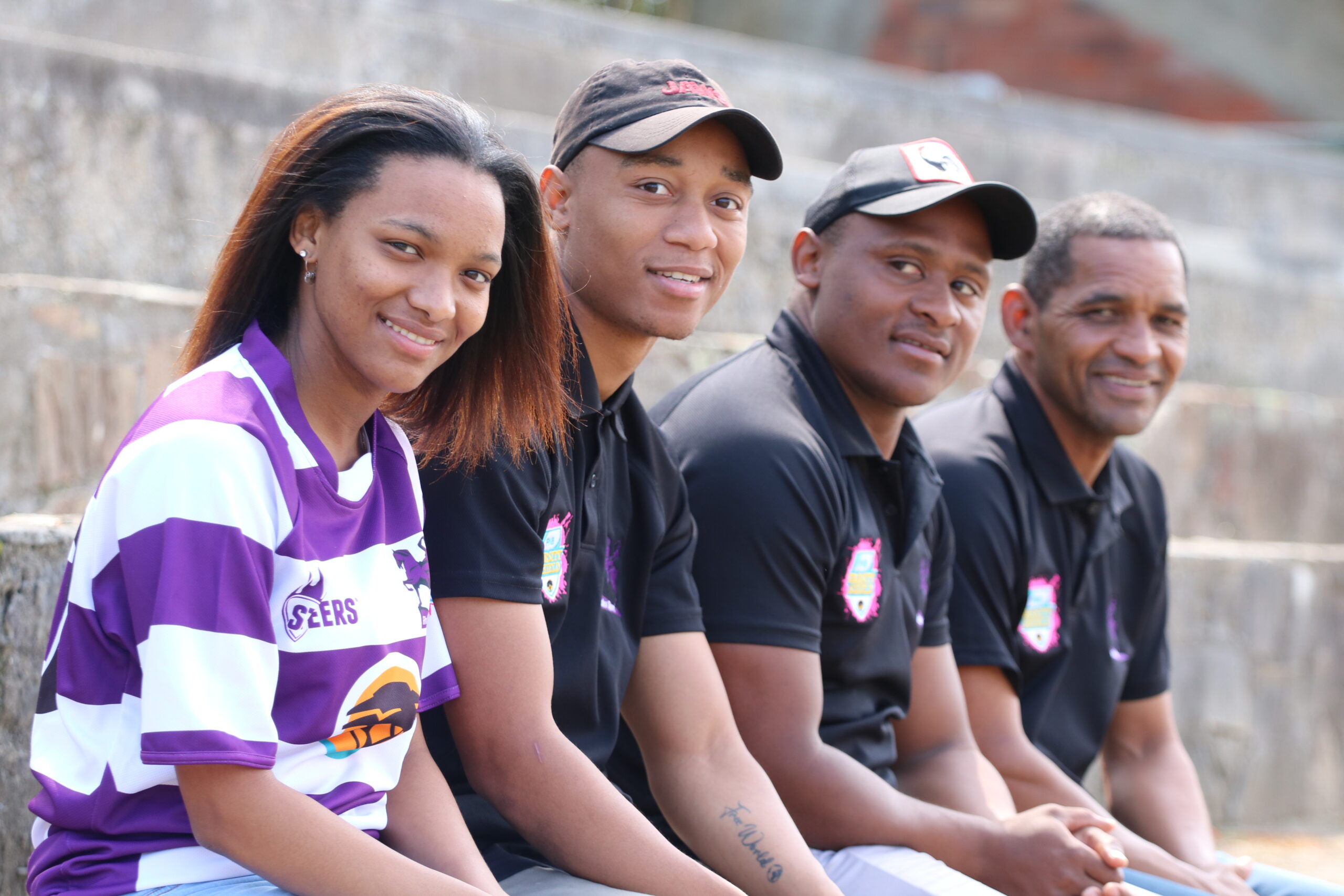 The Rhodes coaching and technical staff for both teams for this years USSA Sevens Tournament. Photo: Ovayo Milisa Novukela

The Rhodes University Mustangs (men) and the newly-recreated Phoenixes (women) will both compete in the University Sports South Africa (USSA) Sevens Tournament in Kimberley this weekend.

The Phoenixes have recently arisen from the ashes and began their training mid-July as most players were new to the rugby world. Rhodes University Phoenix Coach, Alton Jegels, has indicated that their preparation for the girls was a unique experience as a coach. “We had two months to get the girls ready. At first, it was tough as they had to teach the fundamentals of rugby, but the women showed commitment and were willing to sacrifice to put the effort in their play and learn from each other,” said Jegels.

He said he was confident about going to practice knowing that there would be 30 players on the field waiting for him. This boosted his commitment to teaching “the beautiful game of rugby”.

The newly-appointed captain of the Rhodes University Phoenixes, Sinovuyo Solomon, said she was honoured to lead the team. “I was shocked. But, I immediately thought about the responsibility to lead that team, and I hope I lead the team well,” she said.

Until this year, Solomon had never played sevens rugby before.

“In sevens, you have to have speed, agility, and power, but everything the coach taught us, we have applied, and we have made tremendous progress,” she said.

The Phoenixes are grouped with the University of Cape Town, Botswana Tertiary Student Sports Association, and North-West University (Potchefstroom).

Meanwhile, the Rhodes University Mustangs say they are going to Kimberley with confidence after two practice matches against the University of Fort Hare and Brumbies.

Assistant to the coach, Simelela Mbanzi, said the team had put in a lot of work over three months, but transitioning from 15-man rugby to sevens had been difficult. The structure of sevens is very different, and it demands high levels of fitness.

Mbanzi praised Mustangs coach Unathi Kongwana: “His philosophy made it simple for us to understand because he was playing with us during practice and physically showed us what to do.”

The Mustangs are grouped with Botswana Tertiary Student Sports Association and Walter Sisulu University B. The player to watch out for is Stallions winger Tatenda Kadengwa as his speed has been a problem for most teams.

Previous ArticleCan you help this gymnast represent EP in Tshwane?
Next Article Waste pickers yearn to return ‘home’ to their dump site