Haarhof bags Player of the Season for Willows 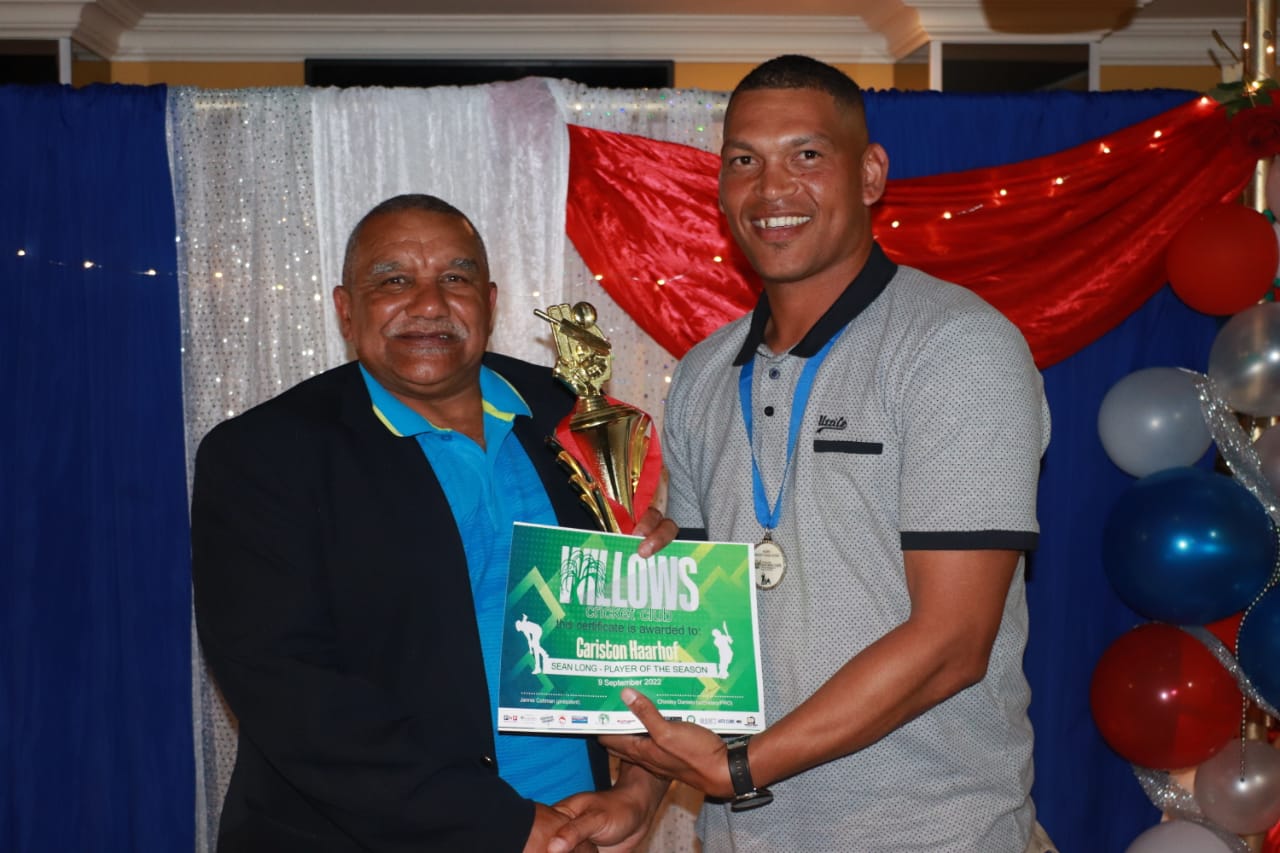 Cariston Haarhof Willows Player of the Season is congratulated by Leon Coetzee.

Classy batsman Cariston Haarhof scooped most of the awards at the Annual Willows Cricket Club’s Awards Ceremony Dinner on Friday Evening. The Prestigious Event took place at Goldrush Bingo and was once again a huge success.

Haarhof received the most important award of the evening, Player of the Season, and was named the club’s Best Player. Haarhof also walked away with the Best Batsman and was honoured for his remarkable and outstanding performances the past season – and deservedly so. He was in sublime form for both Willows and the EP Rural side and was recently honoured at the GCB Awards.

Newly appointed Eastern Province Cricket Board (EPCB) President Leon Coetzee was the guest speaker at the event, handed out some of the awards, and conducted the AGM elections as Electoral Officer.

Willows also elected its office bearers on the night to serve on the board for the 2022/2023 cricket season. They are:

Previous ArticleStation Hill stun Rhodes in GCB League
Next Article Is someone in the sky or under the ground responsible for Makana’s woes?