No injuries as Settlers Hospital fire brought under control 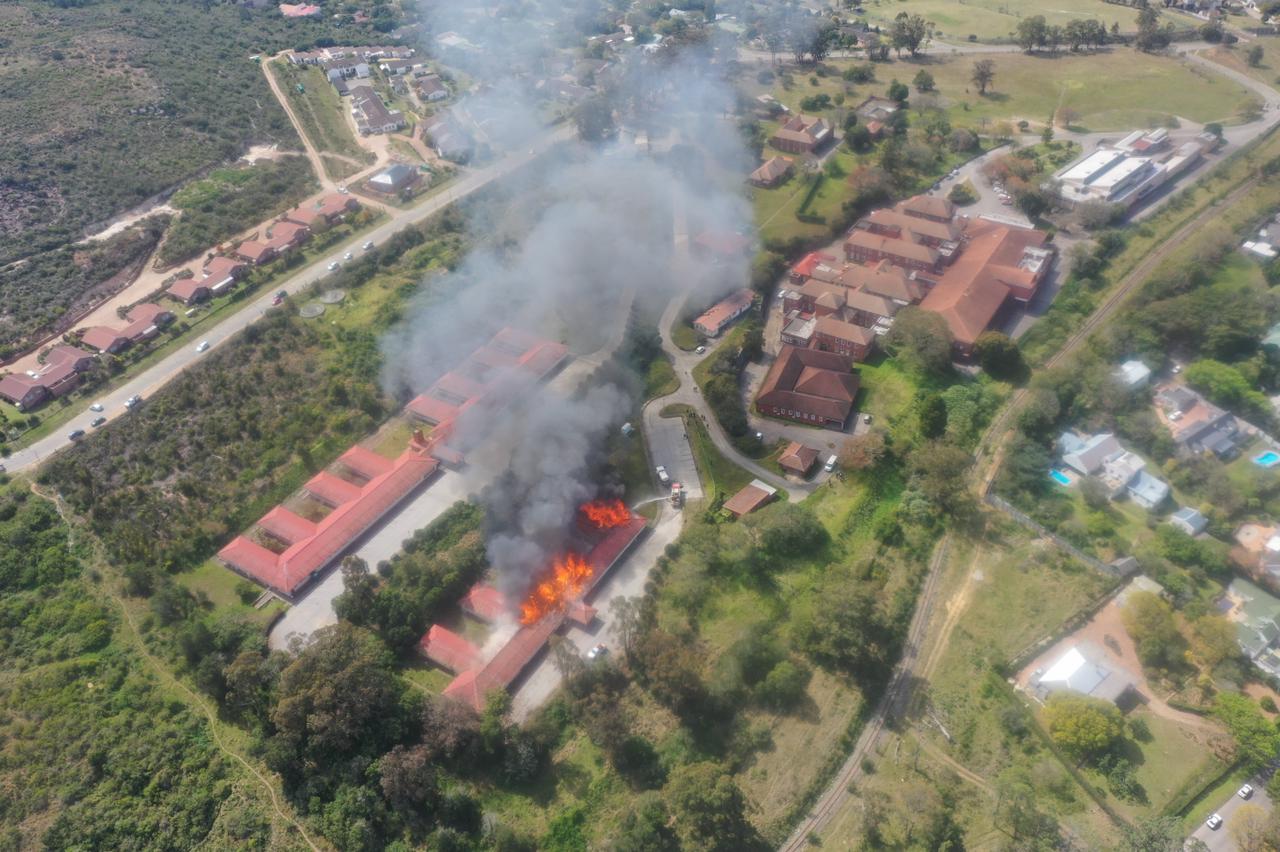 An aerial view of the Settlers Hospital fire shared on the Oatlands North WhatsApp group.

Two Makhanda fire trucks and the Rhodes water truck extinguished a serious fire in the Settlers Hospital nurses home (previously used as a creche), which broke out Sunday morning.

Department of Health spokesperson Yonela Dekeda said fire was noticed by staff on duty, who quickly informed the CEO.

On arrival, the CEO realised that the Nurses Home side of the building was on fire. The Fire Department and the SAPS were called and responded swiftly to the scene. No injuries have been reported.

The cause of the fire is unknown. By 2 pm it was largely extinguished.

Nearby residents reported hearing frightening popping sounds around noon when the fire was at it height.

Gaps in the perimeter fence

Grocott’s Mail journalists were unable to access the hospital grounds. But, while we attempted to take pictures of the scene from both northern and southern vantage points, we noticed that there were gaps in the hospital’s perimeter fences, making it easy for a potential arsonist to enter and escape the grounds.

A local resident said she had seen people enter and leave the grounds of the hospital in recent weeks through the southern perimeter fence.