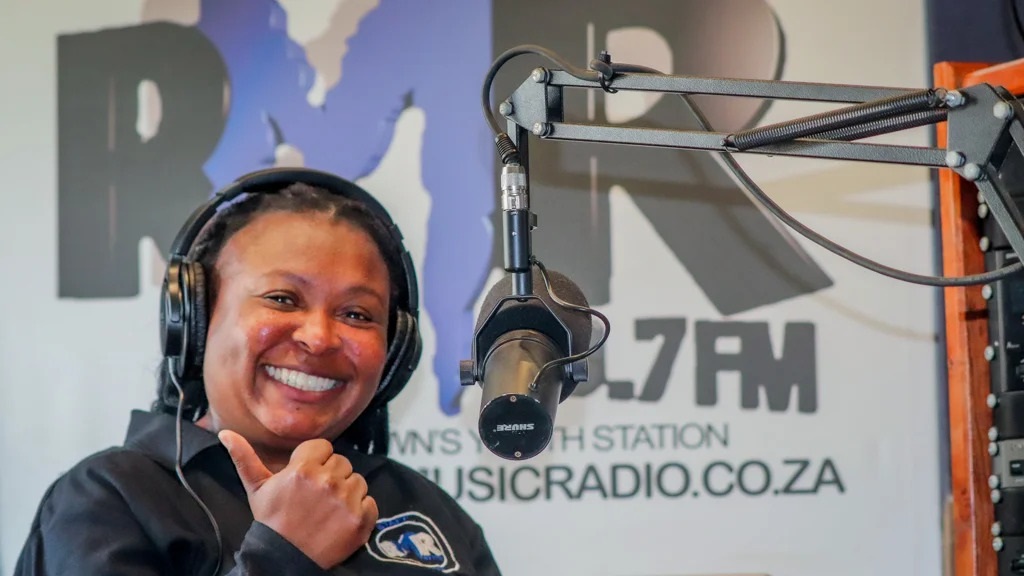 Grocott’s Mail has partnered with the station to bring listeners local news updates and a current affairs show hosted by Ovayo Novukela and Likhapha Thaathaa on Thursdays from 7-8 pm.

Founded in 1981, the station was the first campus-based station to be licensed to broadcast legally.

It is a youth lifestyle station and provides fun, experimental, informative programming that challenges the status quo. RMR has provided an educational and practical training ground for some of South Africa’s finest broadcasters, such as former Idols South Africa judge Unathi Nkayi.

Koboka started on 1 August 2022 at the station and has been working around the clock to put together a team of students and local community members for the relaunch.

The 36-year-old who hails from Gqeberha brings a wealth of broadcasting experience to the station. She studied Versatile Broadcasting at Walter Sisulu University and has a sound engineering certificate from Radio Active Productions Publishing. This multi-media and training company based in Gqeberha is fully accredited with MICT Seta for the training of vocational sound and radio qualifications.

“The relaunch of RMR is exciting for me because I don’t think anybody expected it to happen so quickly because there was so much to do. It’s almost like a miracle within itself that we are able to say we are relaunching a month into my starting here. So, for me, it’s a personal achievement.

“Everything has been amazing; the presenters are keen, and the new station advert sounds great. We relaunched the station’s sound and started from scratch with a new radio imaging. We are creating a buzz just to let people know that we are back and that they should come and join us and become part of the RMR family.

RMR head of news and third-year journalism student Simphiwe Magolego said she was excited to see faces around the studio again. “The work towards the relaunch has been a real team effort, and it has just built a lot of unity among us,” she said.

Koboka is positive that she will be able to steer the station to greater heights. “I believe that my all-around experience will come in handy as I help drive the station forward,” she said.

The station’s frequency is 89.7 FM and can also be found online at www.rhodesmusicradio.co.za.

Previous ArticleWhat has drought in China got to do with vegetable gardens in Makhanda?
Next Article Driven by passion