From the archives into the spotlight 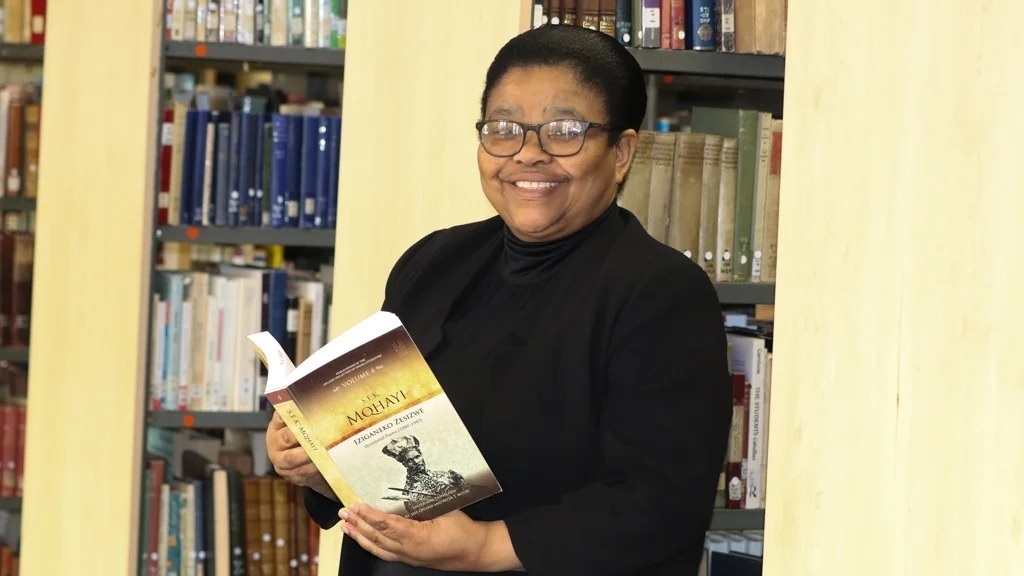 Much of Southern Africa’s documented history is dominated by the written records of the colonial project. As a result, the region’s history is either murky or neglected. But Rhodes University’s Library Services, through its Cory Library branch and in collaboration with the University of Cape Town (UCT), plans to change this through the Five Hundred Years Archive (FHYA) project. The project seeks to make diverse historical materials available to researchers.

The team at Cory Library has collaborated with UCT to digitise and make accessible some of the work done by Samuel Edward Krune Mqhayi (S.E.K. Mqhayi), one of the first black South African writers to be published in isiXhosa in the early twentieth century. Emerging from the Eastern Cape’s rich intellectual history, S.E.K. Mqhayi often advocated against colonialism and promoted the use of African languages.

FHYA is housed at the UCT’s History Department, and it’s a project that aims to draw attention to the neglected areas of Southern Africa’s past, particularly the time before European colonialism. A rich array of historical resources will be available on an accessible digital platform, including published and unpublished texts, sound recordings, archaeological items, objects, and images. Rhodes University Library Director, Nomawethu Danster, said this includes a digital presentation of prominent isiXhosa writers such as Mqhayi.

Researchers can use these abundant archives to generate and share scholarship about this distant past. “Projects like this are important because they are needed to decolonise information. What drives the library, and maybe myself in this case, is that the Global South have become consumers of information from the Global North,” explained Danster.

History on Africa and South Africa is written by scholars in the Global North and is kept behind expensive paywalls. Danster said this project would ensure that information about the history of South Africa is freely accessible to those who need it, including researchers and the general public. “We want to promote African intellectualism and scholarship and to make it accessible at no cost to society. We need to be creators, distributors and disseminators of this knowledge. That is what libraries are all about,” added Danster.

Mqhayi was a part of an intellectual line of resistance towards colonial rule, which would influence apartheid struggle heroes such as Robert Sobukwe. Danster said uncovering these histories and promoting African scholarship and archives will similarly echo into the future. “If we don’t promote African history and scholarship today, the next generation won’t be able to find a way forward. Decolonising knowledge is a big project. It is a long-term movement. Somebody must start, and then the next generation will hopefully continue,” she said.

The Mqhayi collection at the Cory Library forms part of the Lovedale Press Collection, donated by the Mission Council of the Free Church of Scotland. The Lovedale Press was a missionary printing press located near what is today the town of Alice in the late nineteenth and early twentieth century. It was the Mission’s wish that the collection would be accessible to bona fide research students of any race group. The FHYA Project can be seen as fulfilling that dream: Mqhayi’s work will now be available to everyone.

The collection includes manuscripts and correspondence between Mqhayi and the Lovedale Press about his publications. These are either typed or handwritten in cursive font in English, including communication regarding some of Mqhayi’s unpublished works, which the Lovedale Press rejected. “They censored and banned manuscripts when they felt the contents were unchristian,” explained Cory Library librarian Vathiswa Nhanha. They rejected his manuscript Ulwaluko (Circumcision), in which he argued that the Xhosa practice of circumcision was compatible with Christianity and Ukuphakama komzi oNtsundu ngokwesiko lakowabo (The growth and development of the Native people according to their customs and traditions).

The Library Director said she hopes the library will have the resources in the future to do a similar project with more of the rich archives currently housed by the Cory Library and other institutions in Makhanda. Danster said libraries have an essential role in the decolonial movement as custodians of knowledge.

“Libraries are full of knowledge from the Global North, and we are responsible for perpetuating this status quo. Yes, we cannot do away with what we already have; people depend on it. But it is also a wake-up call for us to say, ‘We’ve got treasures in the Cory Library. What are we doing with what we already have?’ And as knowledge custodians in Makhanda, what are we doing with what the local archive has to offer? We need to help change how things are done,” concluded Danster.