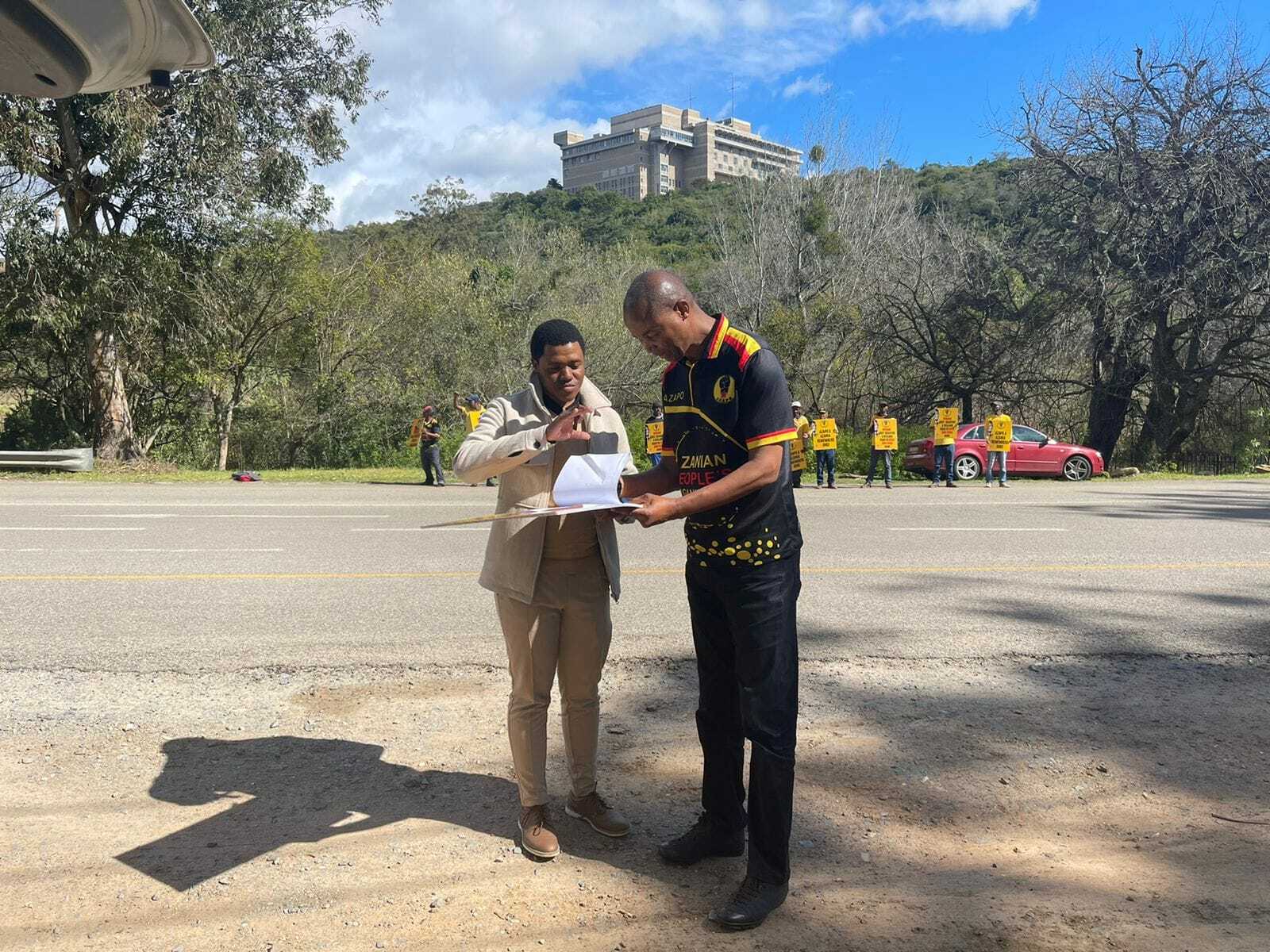 A group of local Azanian People’s Organisation (Azapo) members recently held a silent protest demanding that a monument be erected at the makeshift roadblock on Grey Street where Steve Biko was arrested in Makhanda on 18 August 1977.

Azapo also wants the entire length of Grey Street, Beaufort Street and Raglan Road, which runs through the town and into the township, to be renamed Steve Biko Road.

Qekema said they have decided to do the silent protest, exactly 45 years after Biko was arrested, because “it is about time the world knew that the colonial 1820 Settlers’ Monument is not the only political identity of Makhanda.”

Azapo’s Regional Secretary of Makhanda Phikisile Zondani said that the campaign to have Biko’s monument erected is being done because “they [the community]must not forget his [Biko’s] role in the struggle for the liberation of black people.”

After his arrest in Makhanda, Biko, the leader of the Black Consciousness Movement (BCM), was taken to the Walmer Police Station in Port Elizabeth (Gqeberha), where he was held naked in a cell with his legs in shackles.

On 6 September 1977, Biko was transferred from Walmer to Room 619 of the then security police headquarters at the Sanlam Building in central Gqeberha, where he was interrogated and assaulted for 22 hours while handcuffed.

He later suffered brain damage, and doctors agreed that he should be transported to a prison hospital in Tshwane before he died.

Makhanda was the last place where Biko enjoyed freedom.

An event will take place on 11 September at the Steve Biko Centre in his hometown, Ginsberg, to commemorate 45 years since his death. There will be a book fair at the event, which is expected to be addressed by PAC and Azapo leaders.

Biko has another important connection to Makhanda. He led a walk-out of black students from a National Union of South African Students (NUSAS) conference held at Rhodes University in 1967.

After the students arrived at the conference, they found that dormitory accommodation had been arranged for the white and Indian delegates but not the black Africans, who were told they could sleep in a local church. Biko and other black African delegates walked out of the conference in anger. Biko later related that this event forced him to rethink his belief in the multi-racial approach to political activism.

Azapo’s provincial congress was held in Makhanda on 20 August, discussing the Makana Action Plan. This programme aims to improve the quality of life for the people of Makhanda by fixing roads and improving service delivery.