‘Intellectual Giants of the Eastern Cape’ premiers in Zanzibar 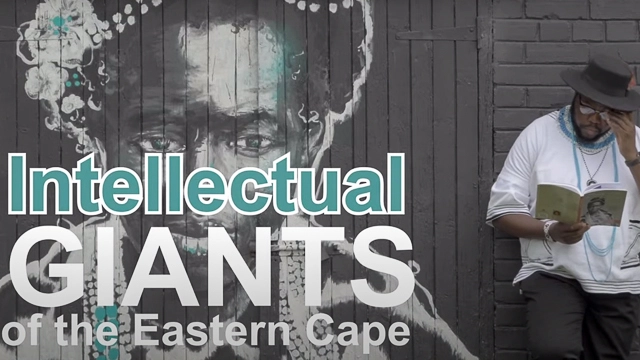 The film, directed by Rhodes University Journalism and Media Studies Lecturer Dr Alette Schoon, and scripted by Dr Schoon and Classical Studies Head Dr Hleze Kunju, highlights the Eastern Cape as a hotbed of some of the country’s foremost intellectual thinkers. Emeritus Professor of History, Jeff Peires, was the film’s historical advisor.

Intellectual Giants of the Eastern Cape was screened at the biggest venue in Zanzibar, the Old Fort Amphitheatre, also known as the Arab Fort, a fortification located in Stone Town, the capital of Zanzibar. Other films aired at the festival include Kodokushi (Turkey), One take grace (South Africa), A Bas! (France) and New boats (Sierra Leone), among many others.

In his address at The Old Fort Amphitheatre, Dr Kunju said he saw it appropriate that the world premiere of Intellectual Giants of the Eastern Cape took place in Tanzania. The first president of Tanzania, Mwalimu Kambarage Julius Nyerere, is also a notable alumnus of the University of Fort Hare (UFH) in the Eastern Cape, where most of the intellectual giants studied.

Former President Nyerere was central in supporting South African liberation movements. “Earlier on, I got to visit some camps where South Africans were accommodated during the struggle, right here in Zanzibar. It gives me a great pleasure that the world premiere took place here and was watched by more than 1000 people from all over the world,” explained Dr Kunju.

The film is a joint project by UFH and Rhodes University. It follows Dr Kunju on a journey back to colonial times, focusing on the Eastern Cape intellectuals who imagined a world beyond colonialism and apartheid – the thinkers, writers and liberation fighters who came out of the mission schools of the Eastern Cape.

At one of the earlier launches, Dr Schoon explained that the film “is made to inspire young people of today to realise that they are part of a broader tradition that goes way back”. Various academic departments at Rhodes University – including Education, Law and Journalism and Media Studies –have requested the film to be shown to their students.

History Lecturer Dr Janeke Thumbran has organised that the film is shown to her History students on 8 September, 5 pm, at Barratt Lecture Complex. Rhodes University community members who have not yet seen the film are welcome to join. Drs Kunju and Schoon will engage with the audience after the screening.

Link to the trailer: https://youtu.be/03ozbWuhj5M