SAPS and the CPF remove squatters on Worcester Street 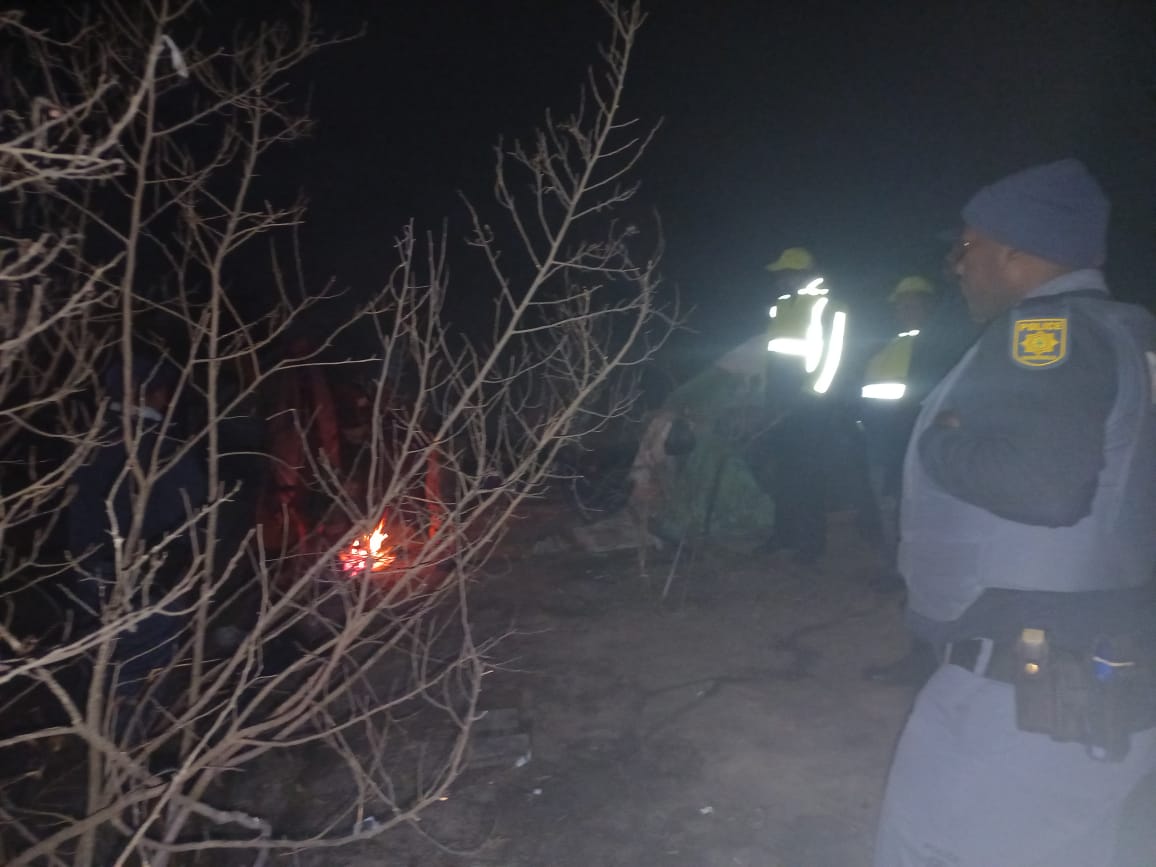 Police officers and Community in Blue volunteers confront squatters at the end of Worcester Street on Friday night. Photo: Posted by Geoff Embling on the Ward 4 WhatsApp group

The SAPS and the Community in Blue, a cluster operating under the Community Police Forum (CPF), removed squatters in the bushes at the end of Worcester Street on Friday night, 12 August.

Ward 4 councillor Geoff Embling said that the squatters were alleged to be involved in cable theft and drug use and had been aggressive towards women walking their dogs. One woman reported a verbal threat of rape, he said.

While citizens had reported this problem to the SAPS and the Makana Municipality, nothing was done until Friday, Embling said. The matter bounced back and forth for many months, with the police and the municipality laying the responsibility on each other.

Community Police Forum chairperson, Andrew Kirk, urged the police to participate in a joint operation with the CPF yellow and blue street patrollers, and together they did the job.

After the squatters were removed, Embling urged residents to clean up the litter and mess they left as this would deter them from returning.

The CPF successfully launched the Community in Blue during the National Arts Festival.

The collaboration between the Community in Blue, the local security clusters and the SAPS resulted in one of the lowest crime rates reported during a NAF.

Kirk called on the community of Makhanda to continue to fight against unlawfulness, to continue working and trusting the Police to do the work in fighting against criminal activities.