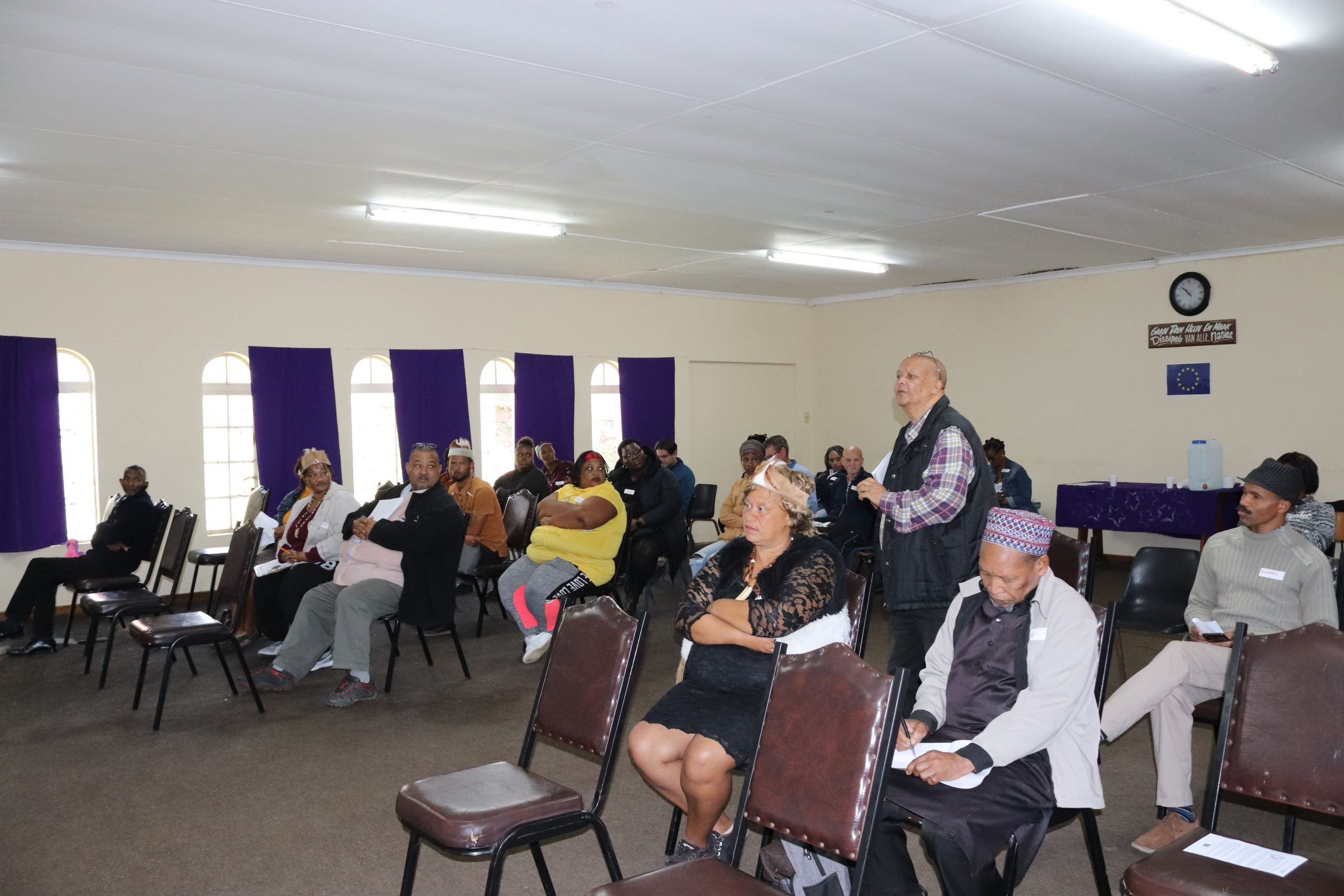 Ward four residents participate in the Action for Accountability meeting at the Assemblies of God Church in Blackbeard Street. Photo: Likhapha Thaathaa

The Action for Accountability (A4A) project held its second public meeting at the Assemblies of God Church, on Blackbeard Street, Scotts Farm, on Wednesday, 10 August.

According to A4A project facilitator Andile Nayika, the project strives for transparency within the municipality, works with different stakeholders to create a better understanding of the importance of accountability and encourages the community members to engage in civic issues.

Ali Ibrahim, a resident of Ward 4, said the community members must work together to hold the government accountable. He said after 28 years of democracy, South Africa still faces the same issues, such as unemployment.

According to ward four residents, there is a huge communication deficit between councillors, public institutions such as the police, and health care services. For better communication, they suggested the introduction of loud hailers.

According to the residents, the government should take responsibility, and their promises should come to reality. Monthly and quarterly meetings should be held to report on what has been done.

Nayika explained that the project would use the Civic Action Teams models for communities to engage. Community Frontline Associations will conduct research and surveys between the project and the residents, stakeholders, and government.

An ‘activist media fellow’ will work closely with the community as a citizen journalist reporting on the action taken, communicating with the government, and documenting and recording meetings.

“Participation will not necessarily be paid but there will be provisions made for costs incurred – this is voluntary,” Nayika said.

“The purpose is to improve the community. The individual will use the skills acquired from the project,” he said. Certificates will also be awarded to the participants.

According to Nayika, the project is all about engaging the communities. “Things will never change if you do not engage. We hope to have a more informed community,” he said.