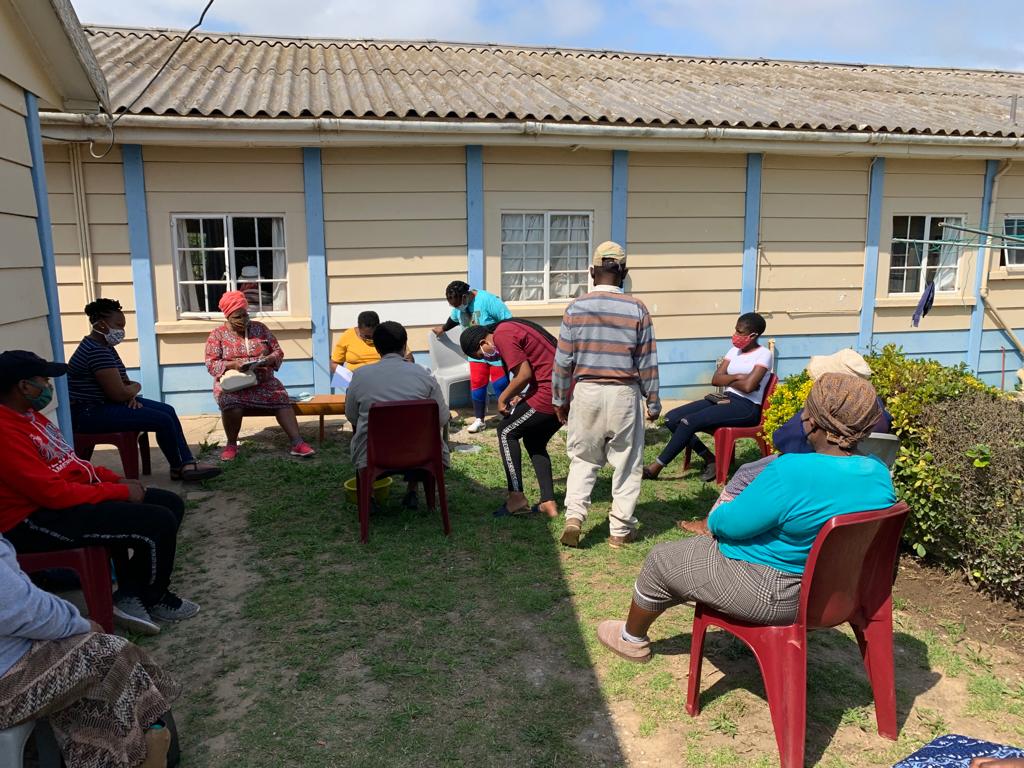 A Save Aid meeting at the Assumption Development Centre in Joza. Photo: supplied

Many black families experience dreadful financial strain. The majority are unemployed, with no means of income, aside from government grants which are barely enough to sustain an individual, let alone a family. Umashonisa (loan sharks) circle in these waters, threatening the financial security of many with interest rates of up to 50%.

Joza-based NGO the Assumption Development Centre (ADC) is on a mission to eradicate the mashonisa culture and restore the safety and dignity of vulnerable people.

The organization has introduced a stokvel, known as ‘Save Aid’, for individuals and families to save money and lend at a low interest rate of 10%.

Stokvel members save money monthly with a minimum deposit of R100. Once a member lends money, they are expected to reimburse the money with the 10% interest rate included. A member cannot lend money until they have fully repaid their debt.

The system has benefited members as the interest rate does not financially strangle. Not only are the 50% loan shark interest rates financially overwhelming, but borrowing from umashonisa is also risky – loan sharks are notorious for threatening people with violence and taking their valuables should they not pay in time.

Stokvel members have testified that the ‘Save Aid’ initiative has improved their lives. They now have financial freedom to invest in their own businesses, improve their homes, and spend money on the things they need.

For those who run businesses such as sis Nandi, the initiative has provided capital for her business. “Whenever my business is in need of equipment or money to manage a project, I take money from the stokvel to cover those needs and repay it in the space of three months,” sis Nandi said. She also bought a car and a caravan through the Save Aid stokvel!

The initiative has also birthed a sense of peace and joy for its members as they feel that they have somewhere safe to fall back on should they find themselves in a financial crisis. Mam’ Pam applauded the culture of transparency within the stokvel. “All records and transactions of the money are calculated during meetings when members are present. This gives us a sense of comfort knowing that our money is safe and that we are not being scammed.”

To further emphasize the excitement, the interest rates are shared as dividends to each member as the end of every year. “The dividends earned at the end of the year has helped me because I am able to cover all my child’s school necessities for the following academic year,” sis Nandi said.

The stokvel has liberated the lives of its members as it has enabled them to achieve goals in a short time. Sis Andiswa mentioned that the Save Aid stokvel allowed her to build a four-room shack. Not only did the stokvel allow that dream to become a reality, but it also taught her the fundamental principles of saving and the importance of knowing how to manage her finances responsibly.

The Save Aid stokvel has indirectly served as a financial management course for its members. Moreover, it practically guided them into saving and managing their finances responsibly, and the members are grateful for that.

For more information about the Save Aid initiative and how to join, please contact the ADC @ 046 637 1147 or take a look at their website.

How to achieve financial freedom