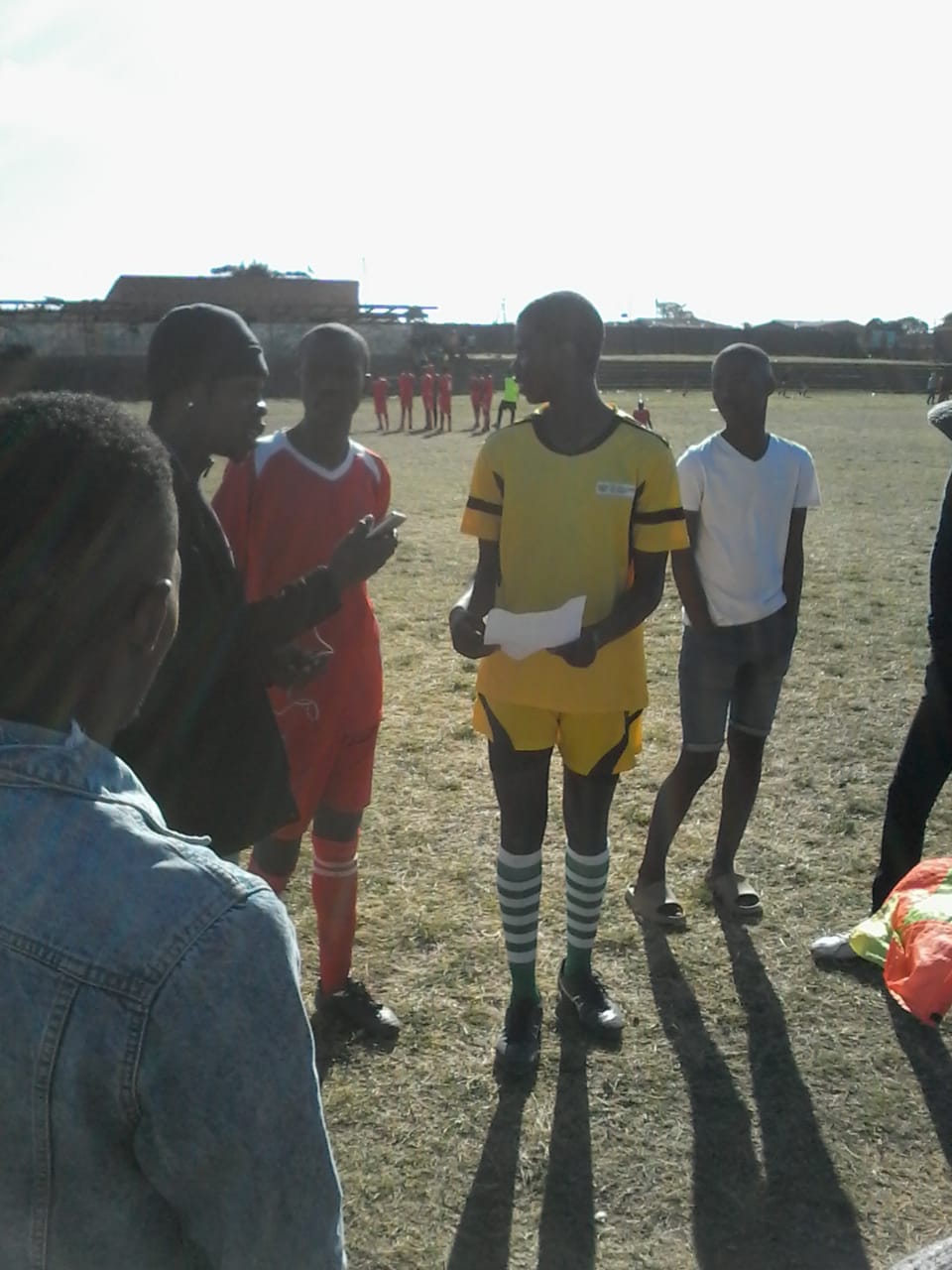 The Vukani Anchors captain (in red) and Eagles captain ( in yellow) discuss the way forward while some of the fans look on. Photo: Chris Totobela

A Makana LFA First Division match between Vukani Anchors and Eagles was called off after a Vukani Anchors player attacked the referee less than 15 minutes into the game.

Both teams waited patiently for football officials to intervene, but there was no sign of them.

Due to the poor officiating of the games, the attack was bound to happen. However, it is a condemned act to attack referees.

Makana LFA’s Akhona Heshu admitted a crisis in the referees’ department and said it was a national crisis, not confined to Makana. However, he promised that the LFA would do everything possible to rectify the current situation.