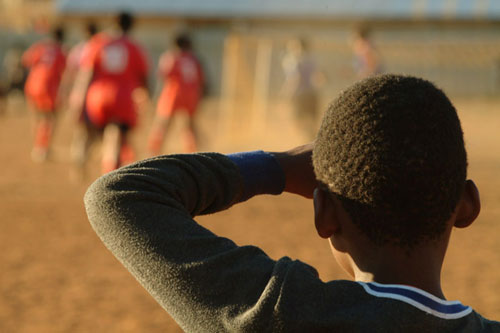 Makana LFA’s First Division is set for a grand finish on and off the field. The recent outcry about cheating has sent tongues wagging among football fans.

Stream A log leaders Black Stars were docked three points, forcing them to surrender the top position to Sophia Young Stars. It happened after Sophia Young Stars launched a complaint about a Black Stars player who previously played for them and did not get any clearance certificate from them.

Black Stars chairperson Andile Mpulani was not pleased with the decision. “I’m not happy with how the LFA handled this whole thing. How can they deduct points from us before calling us to hear our side of the story?”

He explained that the player did not play for two seasons and that Sophia knew this. “When we joined the LFA, they promised to give us the rules and regulations of the league, but that never happened. We registered our players and were never given player cards. We played for the whole season without cards.”

“If this player were on Sophia’s books, the league would have picked it up had they made players cards for us. We deserve better treatment from the LFA.”

Speaking on behalf of the Makana LFA, Akhona Heshu confirmed the incident. “We received a complaint from Sophia Young Stars, who also provided us with the necessary documents, and that is why we came to that decision even without calling them.

“We know that a lot of cheating is happening in this league and that this league has not been given the full attention it deserves. If we can follow the rules and the proper procedure, there will be no league as all the teams are always implicated in this cheating.”

Sophia Young Stars chairperson Lindisipho Swaartbooi believes the matter could have been handled differently. “A lot is happening in this league, and we have also been on the receiving end. He mentioned that there is favouritism from the head of referees. “He is human and will show bias now and again.”

The controversial cheating saga overshadows this league’s excellent football that has been dished out every weekend. The league needs to set the tone for all those who wish to move up and join the premier division.

Swaartbooi also said the league is not taken seriously by its custodians. He said there are one or two rounds of football left this season. However, players are still playing without proper gear and protection.

“Young boys who lack adequate knowledge and skill officiating in crucial games have always been a recipe for disaster. It does not take an expert to see that most of them do not know what they are doing but are only there for the financial incentives.”

The league’s fixtures only occurred on Saturday as Sunday games were called off due to bad weather conditions.

In Stream A, Young Stars defeated Santos 2-1, while Maru Academy beat African Spears by two unanswered goals. Sophia Young Stars and Black Stars were awarded maximum points against Jacaranda Academy and Young Ones after both opponents failed to honour their respective fixtures.