eNkanini is electrified after five years of protest 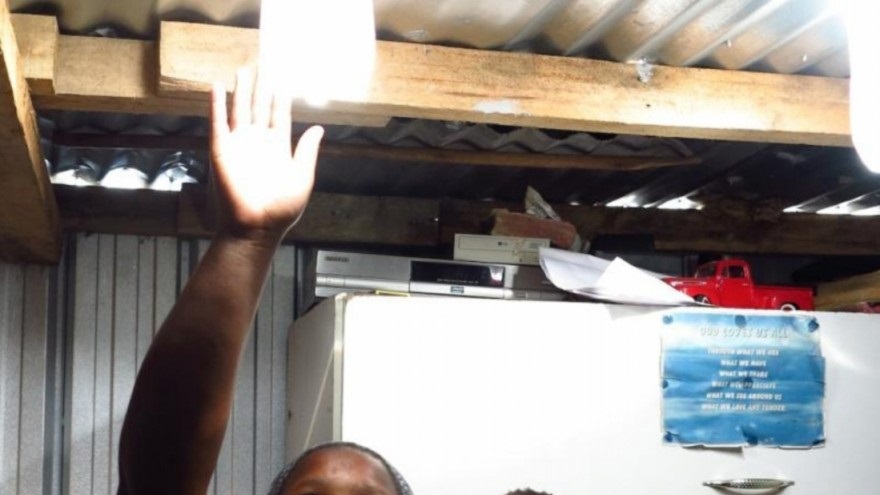 Enkanini informal settlement in Makhanda has finally been electrified after five years of protests.

The informal settlement was formed in 2017 in Mayfield by former back-yarders around Makhanda. Earlier this year, residents intensified their protests. Some municipal vehicles and electrical poles were burnt, and roads were barricaded with rocks and burning tyres.

They informed Municipal Manager Moppo Mene that promises of electricity made three years ago had been repeatedly broken.

At the time of the protests, local activist Patricia May vowed the community would not rest until they achieved their goal. Last week May paid tribute to the residents for standing together and speaking with one voice.

“Sometimes, we would not sleep all night planning what we should do to make the municipality listen to us. Sometimes we were shot with rubber bullets by the police, but we never gave up. We knew what we wanted, and the municipality knew that it was the resident’s right to demand electricity as it was a basic service,” she said.

“It is unfortunate that residents have to protest before they get services from the municipality. All we wanted to know was what was delaying this process and when are we going to get the electricity?”

Residents were thrilled when Grocott’s Mail visited the informal settlement on Friday last week. Nokuthula Ntlalo, 63, lives with her husband and their three kids in a one-room mud-house. “We were struggling very much before. It is not easy living without electricity. You have to buy paraffin all the time, which is expensive,” said Ntlalo.

Mthetheleli Buwa, 49, who lives with his wife and two kids, said he arrived in Makhanda in 1997 and has been trying to get a house. “We are thankful that we have got electricity at last even though we had to fight first. Things are no longer the same now. I came here to eNkanini because I couldn’t afford to pay rent anymore.

“I arrived here in Makhanda in 1997 from a farm. I have been applying for an RDP house, but unfortunately, I have been rejected. I am happy now because I have my own shack where I don’t pay rent and have electricity,” Buwa said.

Meanwhile, unemployed 55-year-old Mandisa Apleni said she struggled with buying electricity as she is not working. She said she uses candles to light her shack when she has no electricity.

“I depend on relatives to give me money for food, and I buy electricity on that money. I have not even received the R350 SRD grant. It will be better when I get it. I have applied, but it still says pending. My kids have to go to neighbours to watch TV when we have run out of electricity,” Apleni said.