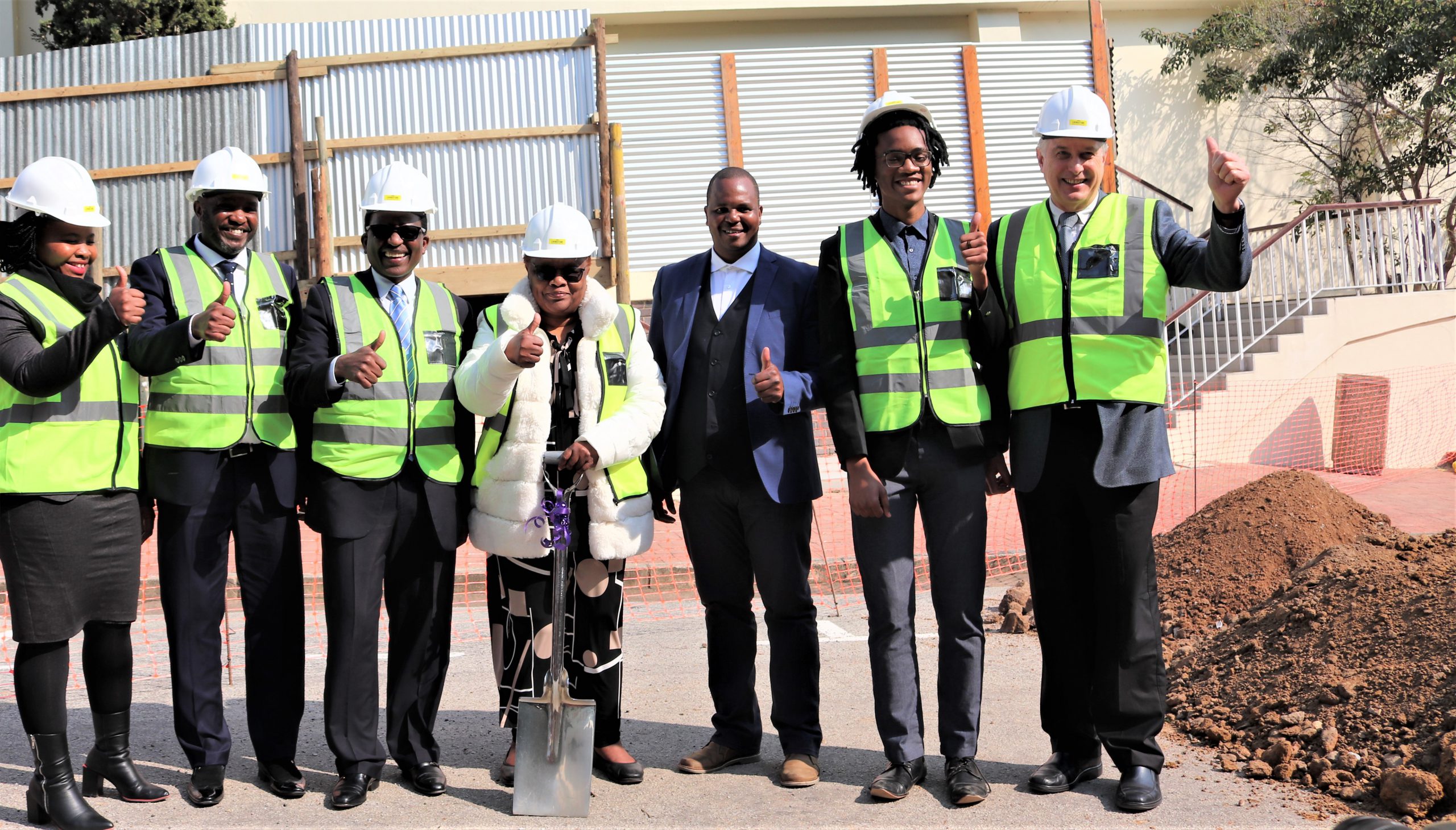 Contemporaneously, Tuesday also marked the second day of National Science Week – an initiative by the Department of Science and Innovation, whose theme for 2022 is “Celebrating the role of basic sciences in the modern world.”

The purpose of National Science Week is to illustrate the role of science in tackling challenges encountered when creating and sustaining a prosperous society. The week further highlights South Africa’s achievement as the home of some discoveries and innovations that influence the world. Coincidently, the sod-turning ceremony culminated the vision of National Science week.

Research and innovation Deputy Vice Chancellor (DVC), Dr Peter Clayton’s opening remarks focused on the significance of the project. “This is a momentous day for research at Rhodes University, this building represents the celebration of scholarly research at this institution and it took a lot of time and planning.”

He elaborated on the history of Nanotechnology research at Rhodes saying that the journey began in 1992 when the Department of Chemistry appointed a novel PhD graduate from the University of Western Ontario to teach Chemistry.

“I’m sure the hiring committee didn’t have a clue about the great possibilities that were to unfold in decades to come,” Clayton said.

“Distinguished Prof Tebello Nyokong is an icon of not only this university but an international icon of international science, she has grown the most impactful and productive research program in the history of Rhodes University,” Clayton said.

Dr Clayton shared an anecdote about Spain’s 2012, “The National Centre for Research on Human Evolution in Spain” exhibition where Nyokong was among the 12 people named as world changers.

Clayton expressed gratitude to Nyokong on behalf of Rhodes University for continuously choosing the institution amidst receiving countless offers from other universities across the globe saying that “she could have chosen any university in the world but she chose us and her students”.

Clayton added that the building is a landmark for a number of things. Firstly, it is an investment that ensures the legacy of Nyokong’s work and those who come after her. Secondly, it’s a mataphoric popping of champagne to celebrate her distinguished career. Thirdly, it is inspiration for all that even the smallest of places, on the Southern tip of Africa can create knowledge that impacts the entire planet.

The INI building is the first of its kind on the African continent and will provide fit-for-purpose facilities for the most prolific and successful Institute in the history of Rhodes University. The building will house three levels for the project, which will house INI and its sophisticated scientific equipment. This space increases much needed laboratory space for Chemistry because the INI had outgrown its old building.

The institute is currently collated with Pharmacy with its specialised equipment worth more than R100 million, making it a world renowned one of a kind facility.

INI conducts cutting-edge research to unlock the potential of Nanotechnology and support the training of young nano-scientists and technologists, which has attained the status of Critical Research Priority Institute by DSI.

Previous ArticleEDITORIAL: What Ayanda Kota gets wrong about Grocott’s Mail
Next Article All teams thirsty for success