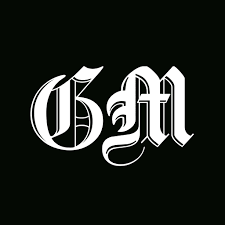 By the GROCOTT’S MAIL EDITORIAL BOARD

In our view, the piece flirts dangerously with hate speech and defames the reputation of several local citizens. We nevertheless decided to publish the article in full.

In the piece, Kota writes MCF black councillors endure racism from “white supremacists” in Makhanda. He then names three of these alleged supremacists.

Under South African law, defamation is “any wrongful, intentional publication of words or behaviour relating to another person that injures or demeans their status, good name, character or reputation”. By impugning the reputation of these citizens, Kota is opening himself (and Grocott’s Mail) to a defamation lawsuit.

For this reason, we redacted the names from the article.

But, it is not the only reason. We were concerned that Kota’s unsubstantiated allegations of ‘white supremacism’ threatened this town’s civic discourse and community relationships. With these words, Makhanda’s noble ambition of mounting a non-racial, civic-led alternative to our ossified political culture seems increasingly unlikely.

One exception to the Constitution’s protection of freedom of expression is the “advocacy of hatred based on race, ethnicity, gender or religion, and that constitutes incitement to cause harm”.

Kota quotes Malcolm X: “Should those we love and respect put their hands on us, we must send them to the grave.” However, as Kota clarifies: “‘ Grave’ is used as a metaphor; it’s not used literally. It is formative writing.” (“Formative Writing is writing in which the writer tries to develop their ideas instead of justifying and explaining a fully formed idea.”)

Following Frantz Fanon, Kota also writes: “Violence is necessary for a black person to recreate themself to confront racism.” However, Kota is not specific about what form this ‘violence’ would take or to whom it would be directed.

Thus, Kota’s words cannot be interpreted as both racial hatred and as an incitement to cause harm. For that reason, we must defend his constitutional right to say them.

A history of silence

Amner has exchanged Facebook messages on Kota’s Facebook page in the past, but this was the first conversation they had had together.

This was not through lack of trying.

After the local government elections in November 2021, Amner sent an urgent WhatsApp message to Kota. In it, Amner said that Grocott’s Mail had not received a press release issued to other media representatives on the MCF letterhead on Monday, 22 November, on the eve of the inauguration of the new Makana Council. Amner said Grocott’s would appreciate better communication with him and his colleagues, especially in light of the leadership dispute within the MCF.

In further messages, Amner explained that he was new to the Grocott’s editorship and that, without Kota’s perspective, he was concerned that Grocott’s coverage of the leadership dispute was not doing justice to fairly and accurately tracking the MCF’s internal processes leading up to the inauguration of the MCF’s five PR councillors.

He sent further messages on 31 January this year, 10 March, and April. All blue-ticked.

After the five ‘new’ MCF PR councillors were sworn into the Makana Council, student reporter Ovayo Novukela made a strenuous effort to interview Kota.

Novukela succeeded where Amner had failed and faithfully represented Kota’s perspective in the story.

On 4 May, prompted by a phone call by Novukela, Kota sent Grocott’s an opinion piece, which was published in full.

He also agreed to meet the following Monday with the Grocott’s team to discuss the role of journalism in local democracy.

After their inauguration in April, several Grocott’s journalists reached out to the ‘new’ MCF councillors. They were blue-ticked.

In his second My Say of Tuesday, 2 August, Kota accuses Grocott’s of “fast undoing its great legacy” by “peddling fake news on matters MCF”, of “white supremacy and anti-majoritarianism”, and “pretending to take care to report news truthfully, accurately and fairly”.

Every word Kota has sent Grocott’s for publication – except for the names of the citizens accused of white supremacy – has been published. Grocott’s staff have gone out of their way to solicit his and his colleagues’ opinions over many months.

Political actors are welcome to refuse to communicate with Grocott’s.

But, they can’t simultaneously complain that they are inadequately represented in our newspaper. This is not fair, and it does not make logical sense.

We are open to criticism

On the other hand, this does not mean we are immune to criticism.

As a community platform, we publish contributions that are sent to us. We concede that this can become a problem when certain people (who have social power and are prolific communicators) dominate public discourse. We will continue to reach out to everyone in our community to rightsize the profound communicative imbalances in our community.

We are a very new editorial team, and we recognise that Grocott’s has a long way to go to build relationships with diverse civic and political actors in the city.

Grocott’s is a community news platform operated as a non-profit experiential learning project by the School of Journalism and Media Studies at Rhodes University. In July, we welcomed our second full-time staff member, Linda Mkaza, the Digital Engagement editor. Eight Postgraduate Diploma students work on it part-time as part of their studies.

In other words, we are a small and under-resourced team.

But, we are working hard to connect and collaborate with you, our readers, and we feel that we are beginning to succeed. In the last month, we reached 330 000 people on Facebook, and engagement levels are unprecedented.

However, Ayanda Kota is correct in pointing out that we did an inadequate job of fully reporting on last week’s Council meeting.

This was largely because we did not receive the agenda and could not attend the meeting because we were not given the URL or login for the virtual meeting.

It was also because we did not have the time or the capacity to solicit the opinions of all the political actors involved in the meeting before our GMDirect deadline for the following day. Despite our historical difficulty in soliciting opinions from Kota and his colleagues, we should have tried to publish their perspective on the Council meeting. For this oversight, we apologise unreservedly.

We will continue to work for an open and mutually respectful relationship with the MCF – and because we reach their constituents in significant and increasing numbers, they need us.

It’s time to drop the defamatory statements – and the blue ticks.

As Grocott’s Mail, we have decided that we will not be a proxy for the MCF’s internal leadership conflicts and have now drawn a line under these matters. The MCF leadership must either find a way to deliberate these issues amongst themselves or settle them in court. And we will faithfully report the outcomes.