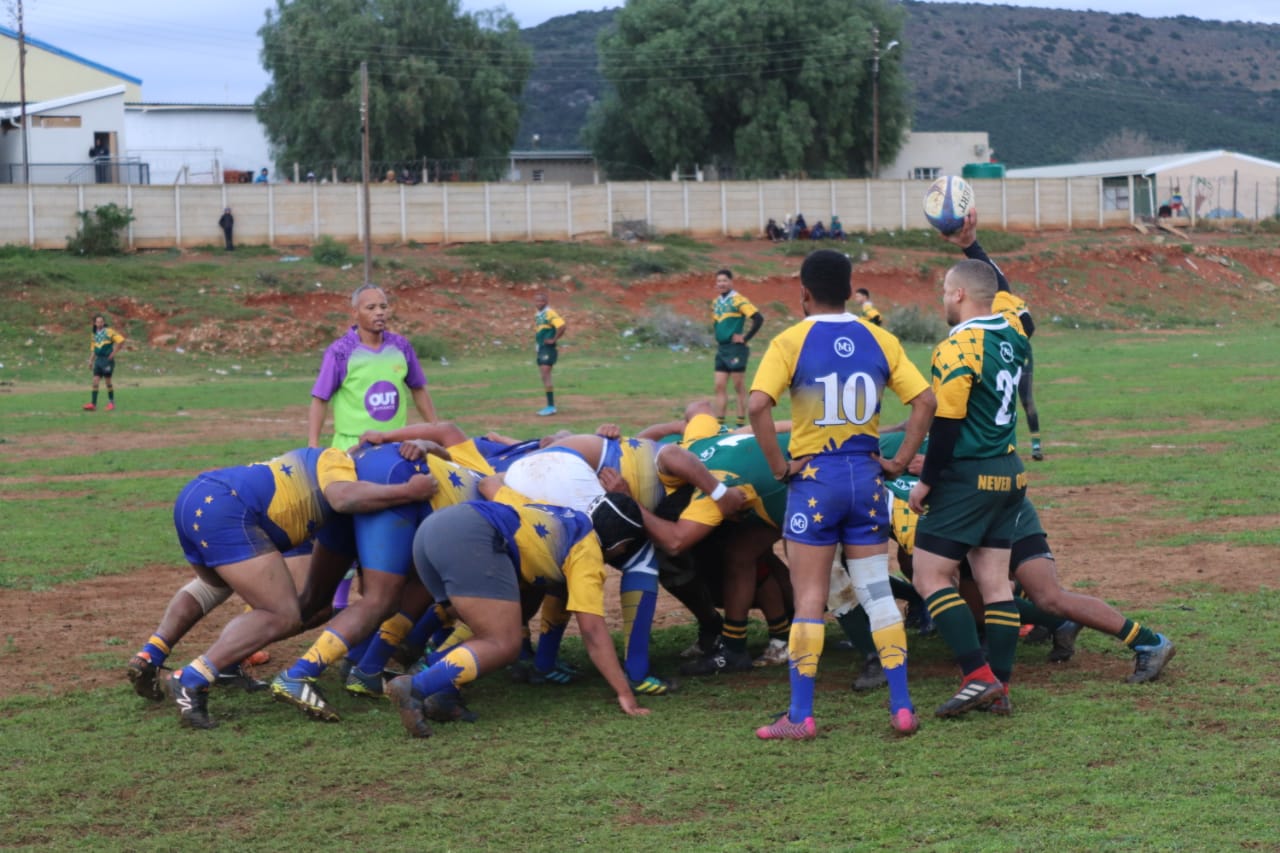 It was also apparent that the home side and log leaders took a decent 10-0 lead at halftime.

This top-of-the-log clash occurred in wet and cold weather conditions, but both teams ensured some heated rugby action inside the four corners. This was also sweet revenge for St Mark’s after a 5-26 defeat in the first round in the hands of Klipfontein in Klipfontein on 14 May.

However, Saturday wasn’t a leisurely walk in the park for the hosts, St Mark’s, in their quest for revenge and to extend their lead on top of the overall log standings. United came out guns blazing and didn’t make it easier for the host.

But it was always going to be tough for the visitors as they needed first to confront the dominant and powerful Bulls pack of forwards who have been so influential throughout the season. This was evident as St Mark’s heavier and bigger forwards took charge of matters and dominated up front, especially at scrum time from the onset till the end.

United conceded numerous scrum penalties as the Bulls demolished them at that set piece. St Mark’s opened the scoring in the 16th minute of the first half after excellent work by their hardworking forwards, resulting in young Cayron Jewell (wing) diving over in the right-hand corner. The visitors didn’t lie down either and kept pushing and working hard, especially in broken play and defences.

Klipfontein tried to spread the ball wide to feed their speedy young backline, who looked very dangerous with ball in hand on attack, even with little possession. The visitors also made numerous handling errors and failed to put points on the board. The leading try scorer in the competition, 130kg, eighth-man Brian Buys, added his name to the scoresheet with a bulldozing try in the 26th minute, handing St Mark’s a solid 10-0 lead at the break.

The visitors rang the changes in the second half and played to their strengths by giving the ball air and attacking out wide. Bulls set up constructive lineout driving mauls and put the visitors under constant pressure up front. Both teams entertained the crowd with sparkling rugby on attack and defence. St Mark’s had most of the possession and searched for the bonus point try in the second half, but it wasn’t that easy.

Substitute loose forward Cameron Jewell dived his way through a couple of defenders to score the 3rd try for his side in the 18th minute of the second half. Both kickers struggled with kicks at poles as the surface was challenging. The game continued to be brutal, physical and intense, and both teams launched attacks at each other. In need of one more try to secure a bonus point, the home side kept making crucial mistakes close to the try line.

United’s defences stood firm and never gave up, playing the ball out wide and running the ball from one corner to the other. They eventually got themselves on the scoresheet deep in the 35th minute of the second half with some spectacular running rugby from broken play that saw speedster Dyllan Greef scoring a fantastic try against the run of play. The score read 15-5 in favour of the Bulls with less than five minutes of play in the game. St Mark’s had a scoring opportunity to clinch the all-important bonus point try, but colossal defence from United prevented them from scoring. In the end, the Bulls proved too strong for the visitors in a hard-fought and brutal encounter that saw them end as deserving 15-5 winners.

The Grocott’s Mail Sport/Daniels MEDIA Man of the Match went to the evergreen and veteran scrumhalf of St Marks, Franklin Sias. He was the master brain behind the deck and controlled the game magnificently, putting his team on the front foot with his trademark box kicks. Sias was solid both from the scrums and lineouts with quick service and solid defence, and his attacking prowess around the fringes was outstanding.