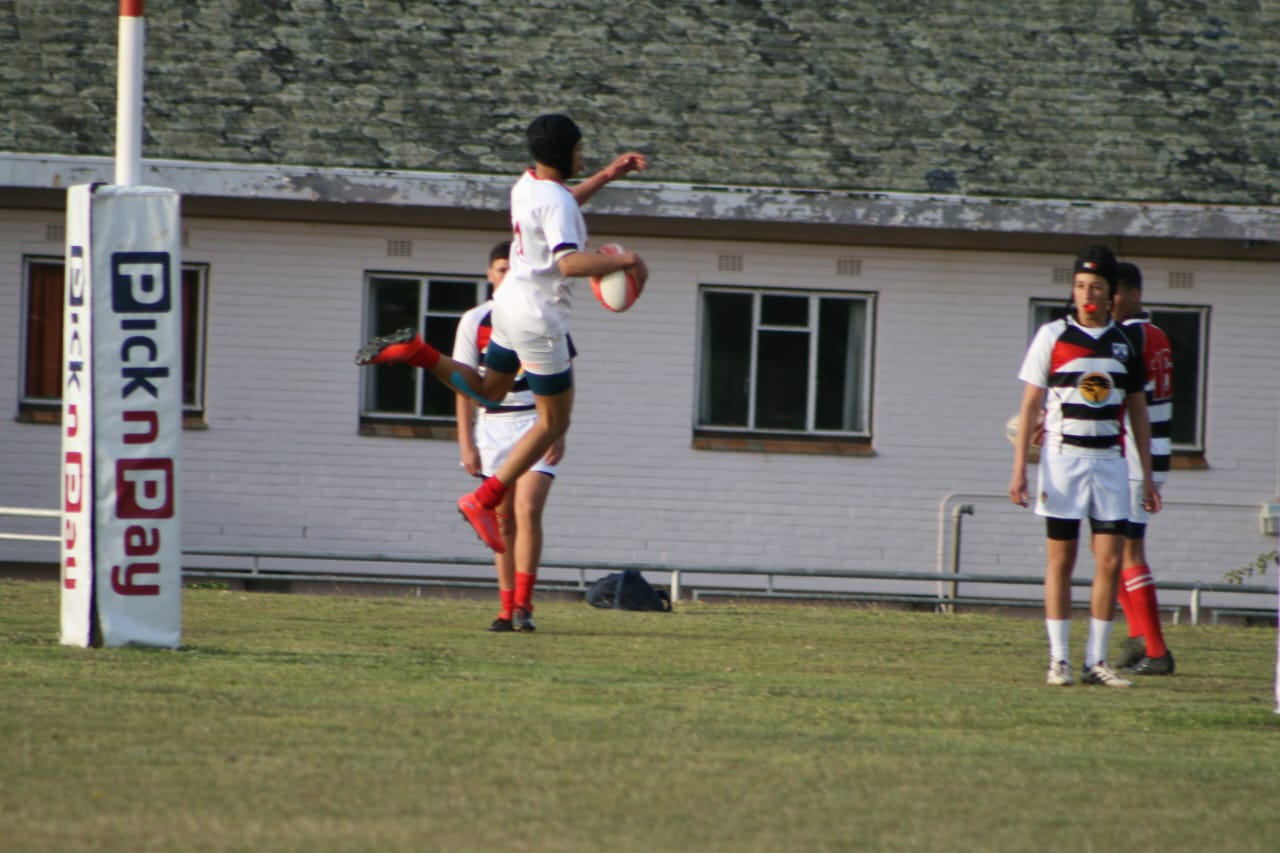 PJ Olivier High School 1st XV came out guns-blazing in their return schools rugby fixture against Alexandria High 1st XV with a clinical 27-20 win on Wednesday. The match was played at the PJ Olivier School’s Sports Ground. The home side took a commanding 24-0 lead at halftime.

PJ Rhinos took sweet revenge against their counterparts after losing narrowly 15-7 in their previous encounter played in Alexandria on 18 May. This much-anticipated clash lived up to expectations, as both teams entertained the large crowd. The home support gave the hosts a much-needed boost as the Rhinos played with immense confidence and self-belief. As expected, the game started at an incredible pace, with high intensity and immense physical confrontation. The home side wasted no time and took the game to the visitors.

From the onset, Rhinos came hard at Alex and played running rugby with their speedy and skilful backline. This provided dividends as PJ scored all their three tries in the first half, with the speedster Junaiden Kadie (wing) scoring two magnificent tries. PJ’s forwards continued where they left off in the first fixture and dominated the scrums. Rhino’s speedy backs used the space out wide to outclass their opponents with sheer pace with ball in hand. PJ’s first-half defensive efforts gave them much-needed confidence, putting immense pressure on the visitors. Rhinos went into the break with a comprehensive 24-0 lead.

The second half saw the visitors lodging a fantastic comeback and start playing their game. Alex capitalized on the home side’s mistakes and immediately put points on the board. The tactical kicking of PJ kept them on the front foot as they put the ball behind the Alex backs.

Alex’s strong second-half effort gave them confidence, but it was too little too late. PJ were in total control from the word go and need to be complimented for a fantastic team effort. The game was played in a tremendous spirit that saw the home side emerge victorious in their 27-20 win.

The Grocott’s Mail Sport/Daniels MEDIA Man of the Match went to the PJ speedster, Junaiden Kadie. The exciting and speedy winger once again performed magnificently and was brilliant with ball in hand on attack. He scored two brilliant tries and was a real headache for his opponents every time he touched the ball.