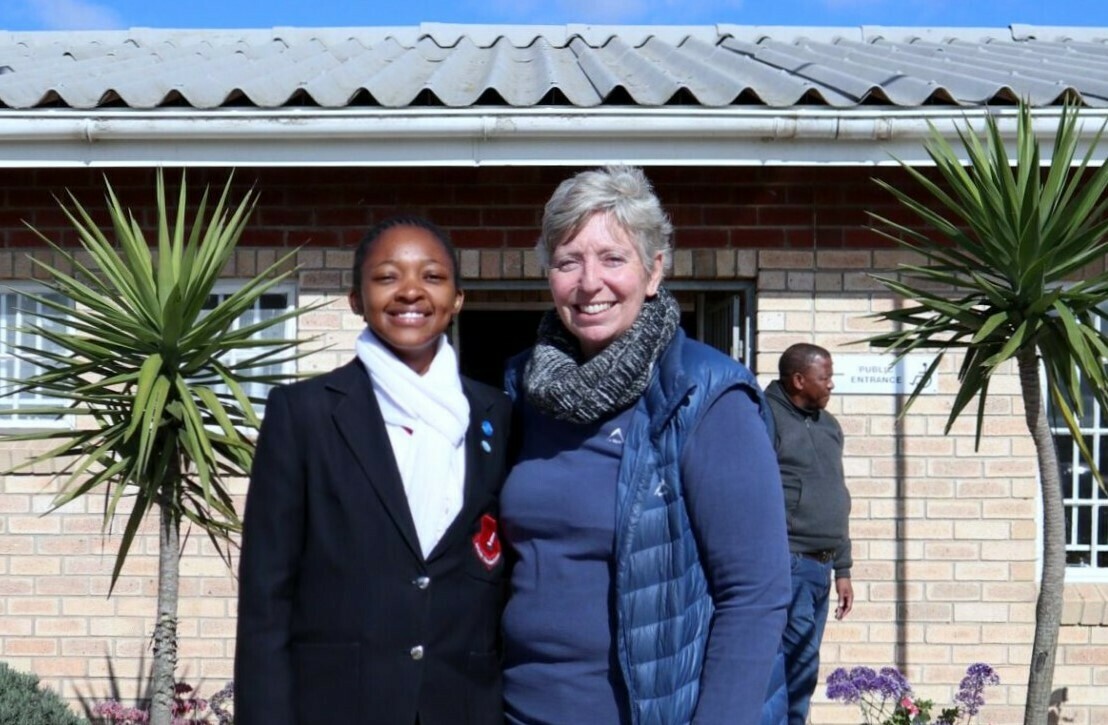 Grade 12 learner Zimbini Sintwa, 17, made history when she became the first Ntsika learner to make it to the English Olympiad Top 10 in the First Additional Language category.

Zimbini, who wrote the 2022 English FAL Olympiad paper in March, said she was shocked to be ranked tenth since this was her first time entering the competition.

“I actually didn’t know how to feel when I found out about the results. I entered the competition because I thought I could write. I’m just amazed to have made it to the Top 10,” she said. Her goal is to study Pharmacy at Rhodes University, though she is worried her marks might not be good enough.

Her main subjects are Mathematics, Physical Sciences, Life Sciences and Accounting. She plans to study Politics if she is not accepted into the Pharmacy programme.

Ntsika Secondary School started participating in the English Olympiad in 2018 and has improved markedly.

The school’s stellar performances have coincided with the arrival at the school of English FAL teacher Michele Barnard in 2017. Although the 56-year-old teacher has only been teaching for six years, her work has been nothing short of remarkable. She teaches the Grade 11 and 12 English FAL classes and, in the last two years, achieved 100% pass rates, with nine learners each year achieving distinctions for English FAL.

Michele was 50 years old and on a sabbatical when she decided to become a teacher. “At the beginning, when I started the PGCE, I wasn’t exactly sure if I wanted to teach. I wanted to take a year off my work and didn’t want to waste my time. I wanted to have a focus.”

Michele’s husband suggested she complete a Post-Graduate Certificate in Teaching, and it was in doing so at Rhodes University in 2016 that she fell in love with the job.

She completed her teaching practice at Ntsika Secondary School and was employed to work at the school the following year.

To succeed in the Olympiad, Michele believes putting in significant amounts of preparation is essential. “The Olympiad is designed to be self-study. Candidates are given reading material along with a study guide to prepare. It is a lot of reading, but it is voluntary and meant to be fun.”

To help her learners succeed, Michele uses her December holidays to thoroughly review the reading material and prepare to guide her learners through the material. When the year starts, she gives the material to the learners, conducts weekly workshops to guide them through, and sets up practice tasks to help them with their writing.

“I try to make connections between the different texts being studied. The advantage is now that we’ve been doing this for a few years, I think we can understand what the examiner wants and anticipate the kind of questions that are likely to be asked.

“The Olympiad’s success is not just about the reading. It’s about being comfortable with doing the writing and expressing your thoughts and ideas about the material.”

Michele also holds a Bachelor of Fine Arts from Rhodes University. She started her career by working in craft development, where she worked with people living with disabilities and managed a ceramics studio. She then moved to managing NPOs. In the six years before she crossed over to teaching, she was the national fundraising for the President’s Award – a youth development organisation in South Africa.

Michele hopes to make a difference through teaching and that learners can draw meaning from their school work and extracurricular activities.

Apart from the English Olympiad, Ntsika Secondary School has also achieved stellar performances in the South African National Geography Olympiad. The school ranked third among the Top no-fee schools in the country this year.

Previous ArticleDispute settlement under the National Credit Act
Next Article What is monkeypox, and should you care?