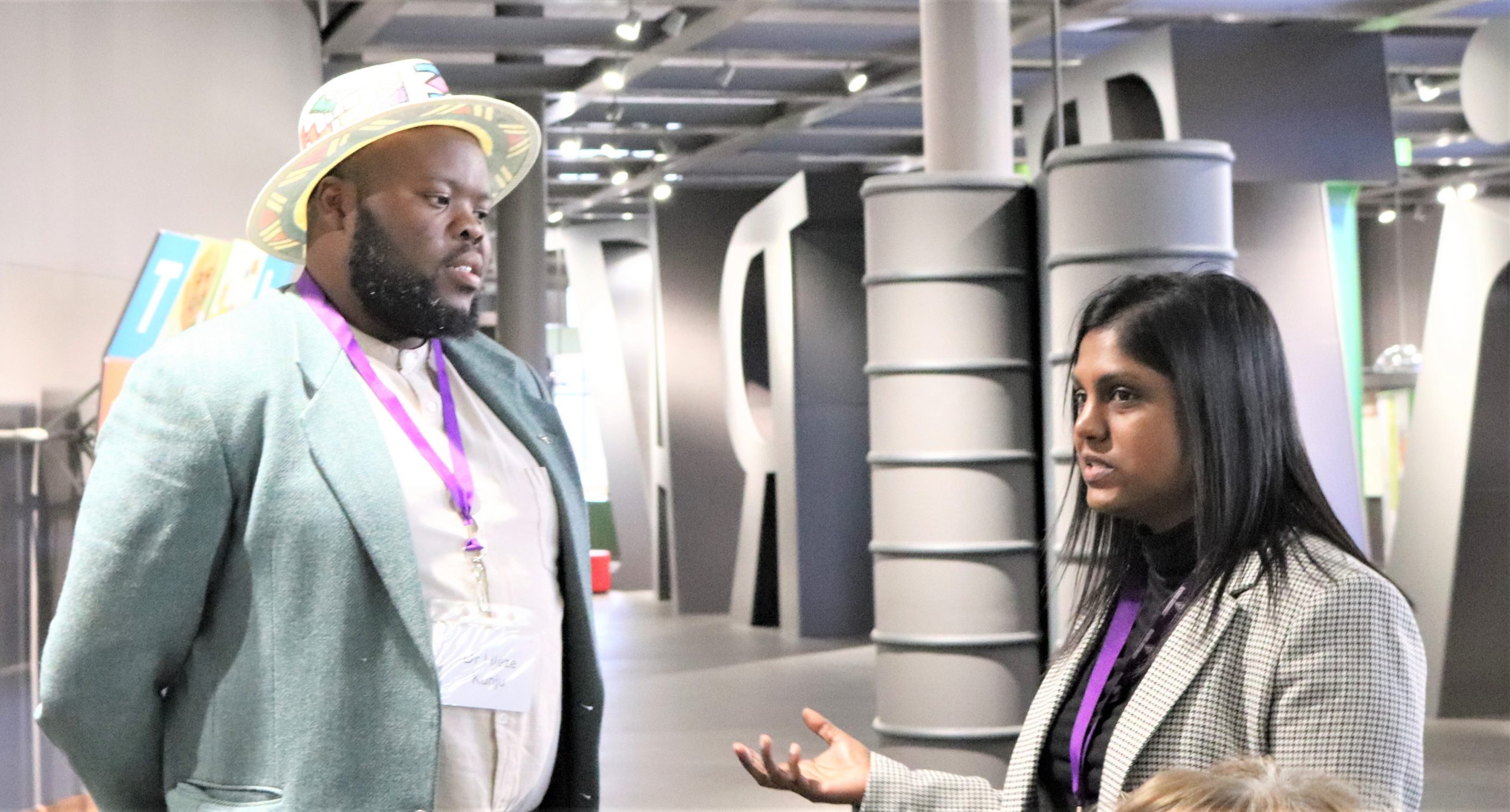 Kicking off the colloquium was Rhodes Vice-Chancellor, Dr Sizwe Mabizela, who outlined the university’s position on the new language policy framework, which took effect on 1 January 2022. He said language must not be a barrier in education but should rather facilitate epistemological access and ensure student success.

He said that language must advance equity and inclusivity and promote social cohesion and nation-building. “It is through language that a person can receive and assimilate knowledge, achieve and communicate.”

“Access to different languages is akin to having different lenses through which you can perceive the world. Each lens has a different take, enhancing the overall perspective,” Mabizela said.

A notable trend in the colloquium was that the language problem was not a Humanities Faculty problem but found across all faculties. There was also emphasis placed on dismissing myths that African languages cannot handle scientific phenomena.

The Rhodes University Language Committee chairperson Dr Hleze Kunju, who wrote his PhD in isiXhosa, gave a brief overview of how the Rhodes University community has responded to the language policy. The language policy was first reviewed in 2003 and had its last revision in 2021. Dr Kunju says that although English remains the official language of teaching and research, the policy allows for the development and promotion of multilingualism and prioritizes the main provincial languages for development.

However, his views on the language policy received much criticism from senior academics in the audience, who said he was glorifying a problematic policy.

Many participants are calling for establishing a language centre to further achieve this mandate of intellectualization of African languages.

Dr Kunju has also called upon other universities to share how they have aligned their language policies with that of the higher education framework, both in theory and practice. The National Research Foundation (NRF) and the South African Research Chairs Initiative (SARCHI) for intellectualization of African languages, Multilingualism and Education, Professor Dion Nkomo, unpacked the higher education policy framework extensively.

A series of case studies on how various departments and disciplines within the university have embraced and responded to the call and need for the promotion of indigenous languages, where isiXhosa was used as a pilot, was shared and all demonstrated the importance of this project or shift in higher education. These case studies included “Using translanguaging as a support tool for undergraduate science in cell biology” presented by botanist Dr Tiffany Pillay, who represented the Science Faculty. Pillay said, “The narrative that science cannot be taught in any language other than English is failing us, it is not serving us and it is a barrier for teaching and learning and disadvantaging our students.”

Another case study entitled “Towards an Africa(n)- centred psychology: a case for multilingual practice at a professional training institution” was presented by Nqobile Msomi. Politics and International Studies Head of Department, Dr Siphokazi Magadla, also shared the interventions that have demonstrated the possibilities and effectiveness of the use of African languages in the department and political science scholarship at large.

The colloquium was closed by the deputy vice-chancellor, Prof Mabokang Monnapula-Mapesela, who proposed a way forward. She said their task was “to ensure the development of a multilingual environment in which African languages that have been historically marginalized are afforded space to develop as languages of scholarship, research, as well as teaching and learning”.

Finally, the Dean of the Faculty of Arts at UWC, Professor Monwabisi Ralarala, shared his reflections as an external language expert. Ralarala’s research interests focus on language rights and multilingualism in higher education, forensic linguistics, and translation studies.

Ralarala said the Higher Education Language Policy Framework is a beacon of hope and needs no further revision but practical implementation. He commended Rhodes University for not making the language issue a humanities problem but seeing it as a problem for all faculties including Science, Pharmacy and Commerce. However, he pointed out that Rhodes University needs to move beyond just isiXhosa and embrace multilingualism to further curb the language barrier for student success.