The Birds fly high in Nemato to beat Tigers 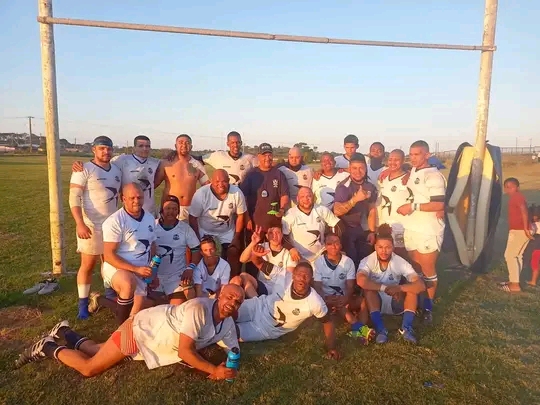 Swallows recorded their second consecutive win with a spectacular 13-7 away win against hosts Ndlambe Tigers in their EPRU Sedru Regional League clash played in Nemato, Port Alfred, on Saturday. The Makhanda side were 10-0 ahead at halftime.

This win for Swallows was sweet revenge after Tigers narrowly pinned Swallows 38-36 in Grahamstown in the first round. Swallows also beat Rosebuds before this encounter and enjoyed the much-needed winning momentum towards the end of the competition. Tigers lost their previous fixture against Kowie United in their derby clash.

Swallows travelled to Nemato, fully aware of the physical battle that awaited them, especially facing the big forwards of Tigers. But Saturday was a whole different ball game as Swallows were ready and eager to dominate Tigers in their backyard.

Swallows forwards ended up dominating matters up front, and their forwards outplayed the bigger forwards of the home side. Swallows were especially ruthless in the scrums and perfectly laid the foundation upfront. Alexius Steyn brilliantly controlled the game in the first half with his tactical kicking to gain territorial advantage.

Winger Letho Ntshanase of Swallows neatly rounded his man on the outside with sheer pace to score, while Jason Henson converted and slotted a penalty to give Swallows a handsome 10-0 lead at the break.

The second half saw the physical battle continue with the hungrier Swallows side meaning business. Their colossal defence came in handy as they needed to stop the continuous onslaught by Tigers forwards. Tigers fullback Kuhle Runeli scored a late try deep in the second half while Swallows brought on their substitutes. Tigers made too many enforced errors as Swallows kept their composure and prevented Tigers from scoring the winner.

In the end, a more defiant and composed Swallows side stunned a strong Tigers side with a hard-fought but clinical 13-7 win.

Swallows coach Weston du Plessis was a very proud man after a brilliant away win. “It was a tough game, and I am very proud of the boys who showed tremendous character. Our hardworking forwards laid the foundation for us up front while Steyn kept us on the front foot with his brilliant tactical kicking game. Henson’s kicking to post was on target and was very accurate. We stood firm with our defence as Tigers came hard at us in the final 10 minutes of the game,” he said.

The Grocott’s Mail Sport/Daniels MEDIA Man of the Match went to Swallows scrumhalf Jody Duiker. Duiker was brilliant behind the deck and elusive around the blindside at the rucks. His service was quick and gave quality ball for his young, exciting backline.