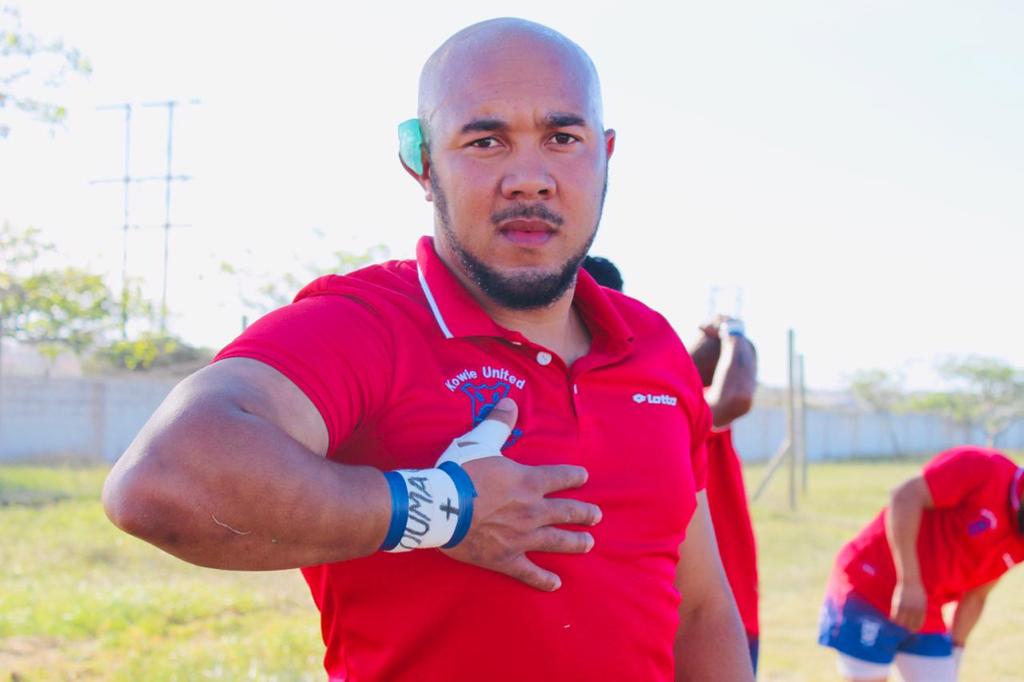 The much-anticipated EPRU Sedru Regional Sunshine Coast Derby between Klipfontein United and Kowie United ended in a spectacular 10-10 draw in Klipfontein on Saturday afternoon. The teams were also level 5-5 at halftime.

The second-round clash was played in a superb atmosphere on a beautiful sunny day, witnessed by a packed ground along the R72. Thousands of rugby enthusiasts came from across the Ndlambe Area to witness this massive derby, which never disappoints. This time, it was spectacular….

The first round Derby was played in Port Alfred at the Station Hill Sports Ground and was unfortunately called off prematurely in the second half due to weather conditions and alleged unplayable surface. While Klipfontein were leading 5-0 at the time and were later awarded the points, the result was not a true reflection of the derby as both these teams played out of their skins.

Saturday was D-Day, and both sides had a score to settle and were eager to win at all costs. A win for either side would have crowned the Sunshine Coast Champs, but they shared the spoils.

Rugby ended up as the ultimate winner on the day as both teams entertained the large crowd with some spectacular and exciting running rugby from the kick-off. There were blood, sweat and tears on the day and a game that many will remember as one of the most terrific and most brutal contests.

Klipfontein captain Franklin Meyers opened the scoring in the eighth minute of the first half in the right-hand corner after some good interplay between forwards and backs. Both teams had many scoring opportunities, but they needed to be complimented for their defensive efforts. Kowie hit back late in the first half in the 30th minute with a try by substitute winger Jublain Moore to level matters at 5-5, which was also the halftime score.

The second half saw the physical battle continue, with both sides competing for the breakdowns with fearless efforts. The visitors’ scrumming gained momentum and took the upper hand up front, while Klipfontein’s exciting backline attacked with great intent.

Kowie United’s lock Riacques Roberts scored a fine try after a brilliant lineout maul that saw them moving 15m from the lineout, as Kowie took the lead for the first time in the match. From here on, it was all to play for, and it promised to be a titanic finish. The visitors had the upper hand at the breakdowns and won many turnovers, putting the home side under pressure. The home side had a few scoring opportunities out wide with overlaps but opted not to pass the ball.

Eventually, after some constant pressure, Klipfontein were rewarded with a late 38th-minute second-half try by Athaniwe Ncimiso with a conversion to come to clinch the winner. The conversion was missed, and the scores were level at 10-10 with two mins to play. The home side kept on attacking with all the ammunition at their disposal as Kowie were defending for dear life.

In the dying moments of the game, Klipfontein were on the attack 5m away from the try line in search of the winner. A costly mistake was made by their winger, who picked up the ball behind the ruck and decided to go on the blindside, 5m from the touchline. He was, however, brutally tackled out of play as he tried to dive over for the winning try in the right-hand corner. The final whistle went, with the scores at 10-10 after 82 minutes. Both teams played their hearts out and deserved applause for a spectacular display of entertaining rugby.

An emotional Kowie captain Fazel Daniels was in tears after the brutal contest with his post-match speech.

“It was a good physical game as we knew it would be a tough game, as both teams wanted the win, but we were happy with the draw. We were good in the lineouts and our mauls which one of our tries came from, and I am very pleased with our overall defensive efforts.

“I think the mistakes we made are not taking the points when we were in front of the poles and not catching the high balls. I believe there are little things that we can work on, like discipline etc. and making more out of our scoring opportunities. Our goal is to make it to the playoffs and get out of this league, but we need to work harder at all aspects of our game. Congrats to Klipfontein for a touch game that was played in a fantastic spirit and sportsmanship,” he said.

The Grocott’s Mail Sport/Daniels MEDIA Man of the Match Award went to Fazel Daniels, the captain of Kowie United. Daniels was once again the leader of his ship and again a headache at the breakdowns and rucks, winning many turnovers for his side. He was brutal on defence and gained metres with ball in hand on attack.