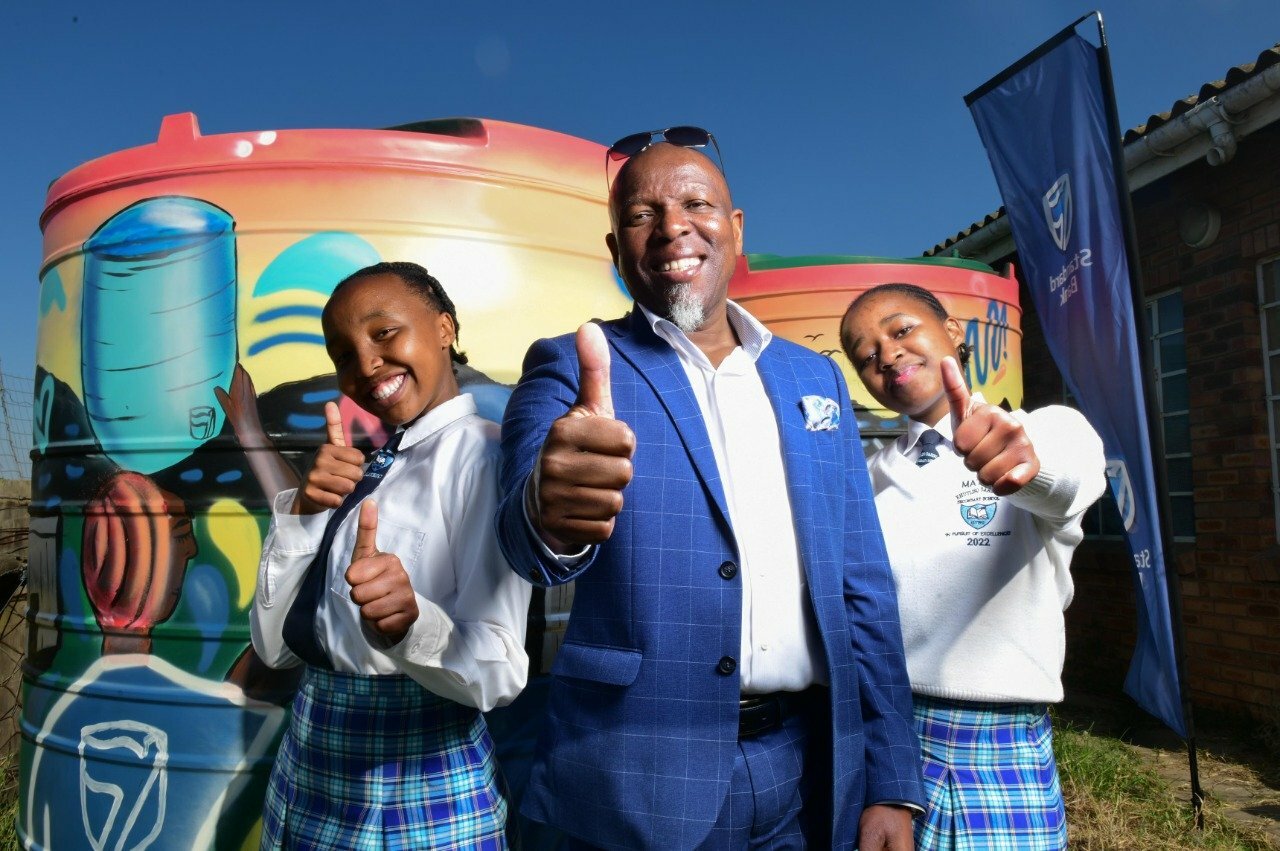 “Any nation that doesn’t look after its youth has no future and does not deserve one. There is no better investment in any nation than ensuring that young people have access to quality education. That is what Standard Bank and Tutuwa Community are all about,” Mabizela said.

Mabizela encouraged the educators in attendance to continue the noble fight of educating tomorrow’s leaders. He told them, “Yours is not a job but a call to serve our nation; it is about passion. We can all work together to build a better and brighter future.”

Anna Talbot, the coordinator at Rhodes University’s Community Engagement Division, recounted how the water availability challenges at preschools in Makhanda were being addressed. Talbot said in 2019, as part of the National Arts Festival, Standard Bank ran a ‘Snap-for-Water’ campaign which raised R200 000 for installing 19 water tanks and gutters at 15 preschools in Makhanda, which did not previously have access to clean water for hygiene and drinking.

A significant part of this project was the training of ‘school water supervisors’ who were tasked with responsibilities such as testing the water before consumption and the general safety protocols of water use. Thandi Ngqowana, a Master’s student from Rhodes University, developed these water testing kits.

“When you’re coming from a disadvantaged background, it is not always easy to dream. These young people are now in a space where they can dream of who they want to become,” Makombe said.

In 2012, only nine learners from local non-fee-paying schools could access Rhodes University. In 2015, this number increased to 19. By 2021, this number had risen to 58 learners, and in 2022, 138 learners. In her closing remarks, Makombe thanked all the relevant stakeholders of the GADRA School, especially Standard Bank, for recognising the need to harness the educational potential of the youth of Makhanda.

Onesimo Sobhuye, the Learners President of Khutliso Daniels Secondary School, highlighted the positive impact these programmes have had on their School. She addressed Standard Bank and Tutuwa: “I would like to express my sincerest thanks to you for sponsoring our education. Without your most generous contribution, I do not know how we would have managed to balance our studies. We appreciate what you have done for us.”

Speaking on behalf of all teachers at Khutliso Secondary Schools, Principal Radio Mcuba said, “Through the mentoring programme, the quality of our education has improved.”

Bhongo Bavuma, a member of the Standard Bank team, said the bank had sponsored 67 water tanks and 6700 pairs of shoes to schools across the Eastern Cape Province on Mandela Day.