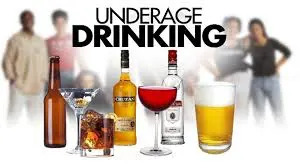 The Eastern Cape Liquor Board (ECLB) has urged communities to break their silence on the sale of liquor to underage persons.

The Enyobeni Tavern owners flagrantly violated ECLB Legislation, which stipulates that selling alcohol to under-18s is prohibited and punishable with a fine or imprisonment.

The ECLB encouraged the community to insistently report to the nearest police station cases where liquor outlets admitted young people into their establishments and served them alcohol.

The ECLB has set up a Toll-Free Number (080 000 0420) and WhatsApp Number (076 403 6223) through which members of the community can anonymously lodge complaints or report underage drinking.

In instances where a liquor trader has a reasonable suspicion that a patron visiting their establishment may be a minor, they are obligated to always verify their ages by requesting their identity documents, the ECLB said in a statement.  If they fail to produce an identity document, they must be denied access to the liquor outlet.