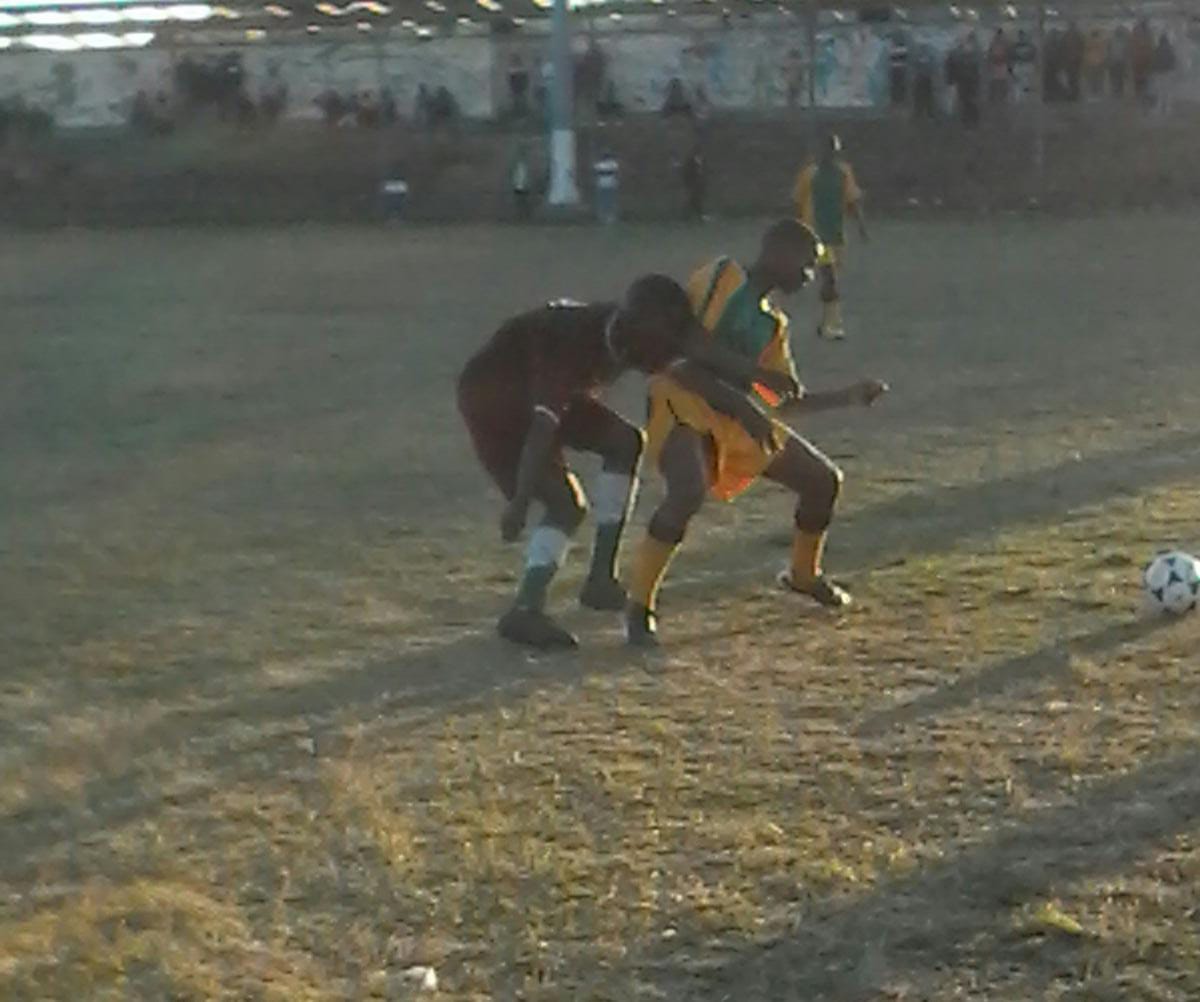 Jacaranda Academy in maroon against Young Stars in green and yellow.

New Stream A log leaders Sophia Stars played out to a three-all draw with strugglers Santos FC while Maru academy defeated Young Ones with two unanswered goals. Jacaranda Academy suffered another defeat at the hands of Young Stars when they lost 0-3, while African Spears brought Black Stars down to earth with a narrow one-goal victory and gave them something to think about.

There were no games on Sunday as the LFA hosted a coaching workshop for all local coaches. The battle for promotion is heating up nicely, and football lovers will soon find out who will gain promotion to the premier league.