District boxers do battle in build-up to provincial champs 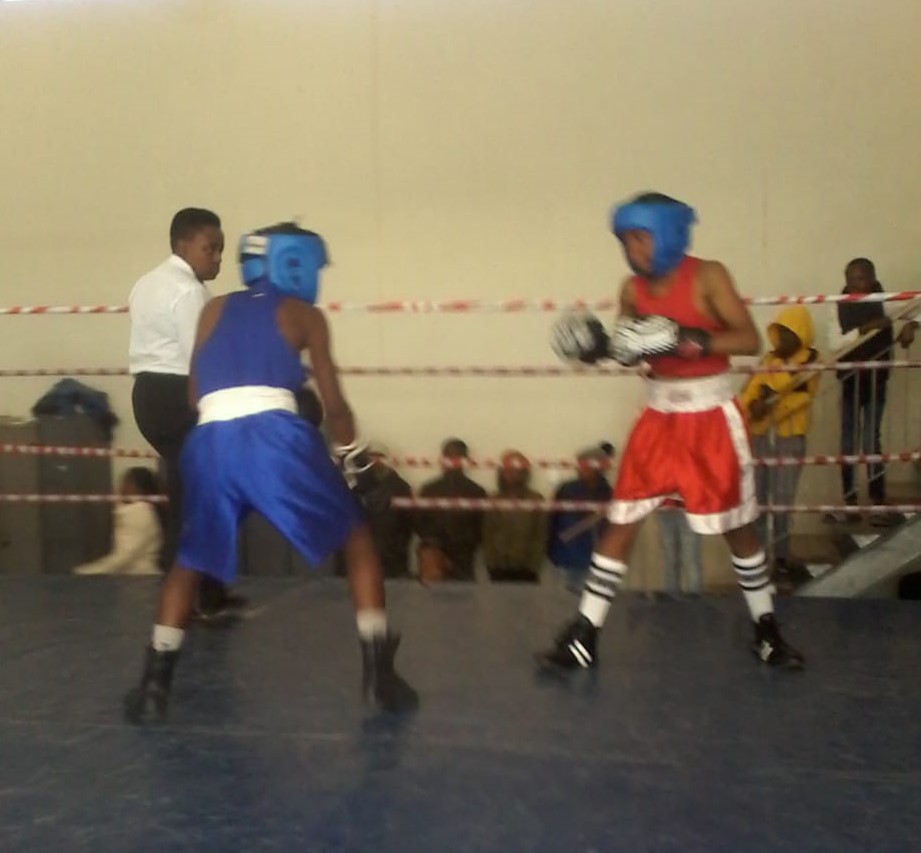 Makhanda's Lithalethu Matshotyana in red spars with Somoleze Kwanini during their controversial bout at the Joza Indoor Sports Centre at the weekend. Photo: Chris Totobela

All roads led to Joza Indoor Sports Centre for local boxing fans last Saturday. Boxers from all the municipalities under the Sarah Baartman region were on show.

A district team of cadets and juniors was selected to take part in the provincial championships in Queenstown from 5-7 August. The day’s first bout set the tone for what would follow later. The standard was high, and all the boxers looked ready and sharp. Some exciting bouts got the audience shouting and bursting into song at one stage.

Some controversial bouts got the people talking. In one of the best bouts of the day, local-based Thabiseng Lombo exchanged leather with Sundays River’s Someleze Kwanini in an all-female encounter. Both boxers started the fight at high speed and clarified their intentions. Kwanini showed her class in the second round and caught Lombo with a constantly left hook and an excellent straight right. In the third and final round, Kwanini threw many good punches that Lombo could not answer. It was a huge surprise when the judges gave the fight to Lombo, who looked shocked when they raised her arm.

Speaking after the fight, Kwanini was so emotional ” I believe, and everyone saw that I won the fight, but I don’t understand how the judges scored it, ” she said. Her coach consoled her and told her not to be upset about the decision.

Coach Monwabisi Hans of Ndlambe also complained about the judges after his female boxer dominated the fight against a local boxer but still lost.

“How on earth do you give a fight to a boxer who did not throw a single punch but danced around the ring? I spend my own money and time preparing my boxers for fights, and then they lose in this manner.”

Bulelani Ndwayana, a member of the selection committee, confirmed the incidents.

“Yes, the judges made a huge blunder that everyone saw, and we do not promote such things. The good thing about it is that we watched the fights, and we have included in our team the boxers that were unfortunately cheated on the day.”

It was an outstanding display from all the boxers, and the audience enjoyed each bout. The selection committee selected 15 boys and 11 girls from Makhanda. Bluecrane has four boys and one girl, Ndlambe has five boys and three girls, while Sundays River has nine boys and two girls in the district team.

Previous ArticleGrown too soon, but growing others
Next Article Shifting the focus from weight to health