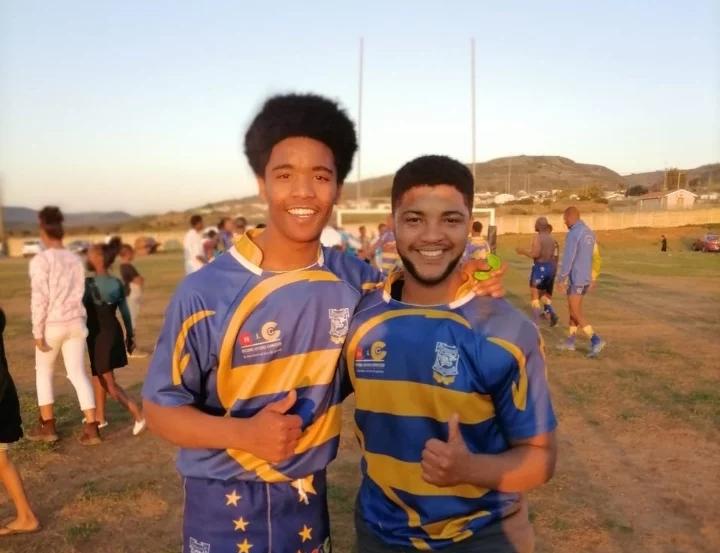 A dominant performance by St Mark’s Alicedale saw the Bulls run rampant over Old Collegians with a 47-14 demolishing bonus point win in their second round EPRU SEDRU League encounter at the Alicedale Sports Ground on Saturday afternoon. The bulls were also 28-0 in front at halftime.

The bonus point win saw St Mark’s extend their lead at the top of the Overall Log standings with 50 points and 9 points clear of second place Klipfontein United. St Mark’s last played and won against Kowie (24-6) on 25 June, and OC beat Rosebuds (36-21) on 16 June. OC are also currently in the third position with 38 log points.

The home side made their intentions very clear from the onset with running rugby and with only one thing on their minds, to clinch an all-important bonus point win. St Mark’s also took sweet revenge against OC, who ended their unbeaten run (31-30) at Albany on 30 April 2022. Saturday was a different team than the last outing, and the proof was in the pudding.

The contest was, as expected, very hard, physical and was played at a very high tempo. St Mark’s took the game to the visitors and didn’t allow OC to play their game. Bulls attackED from the kick-off, and with their young, exciting backline, they ran from their half to score some exciting and scintillating tries. St Mark’s already scored the bonus point try in the first half as they took a healthy and firm 28-0 at the break.

The second half saw the home side forwards continue their dominance up front and launch wave after wave of attack at the visitors. OC had little ball and could only defend. The Makhanda side also made numerous errors and mistakes both on attack and defence, which saw the home side capitalising. The dangerous and exciting backline of St Mark’s scored five tries between them with veteran Matthew Daniels (x2), Cole Kirkwood (x2) and Brett Arnolds (x1). The hardworking Bulls forwards laid the foundation as usual and gave quality ball for their backs to attack. The dominance in the St Mark’s scrums put pressure on OC that saw the home side gaining much-needed territorial advantage and possession. Bulls rang the chances in the second half, and a lapse in concentration saw OC rewarded with two consolation tries in the game’s final ten minutes. The final whistle went off as Bulls clinched a clinical 47-14 bonus point win.

St Mark’s captain Kepler Wessels couldn’t describe the dominant win and was indeed speechless. “Ï really don’t know what to say, but I am very proud of the boys. It was a hard game as we ran with the ball from the get-go. We ran the whole day, it was a great game from both sides, but we were the better team at the end of the day because we did not allow them to do anything. Our backs ran brilliantly, and we established the bonus point already in the first half when we led 28-0 at halftime. It was hard fought, but they could not stop us and couldn’t stand in our way. Our defence was 90% great as we didn’t allow them to play their game. Our attack was brilliant and our defence on point, but we also gave them room in the last ten minutes when we were relaxing. They are a great side, and we respect them. We are looking forward to building on the winning momentum and finishing the competition strong,” he said.

The Grocott’s Mail Sport/Daniels MEDIA Man of the Match went to St Mark’s young and exciting utility backline player, Brett Arnold. He was phenomenal with ball in hand on attack and scored an excellent try under the poles. He was also involved in most of the tries, and his general play was outstanding. Brett was also solid on defence and made a few turnovers at the breakdowns.