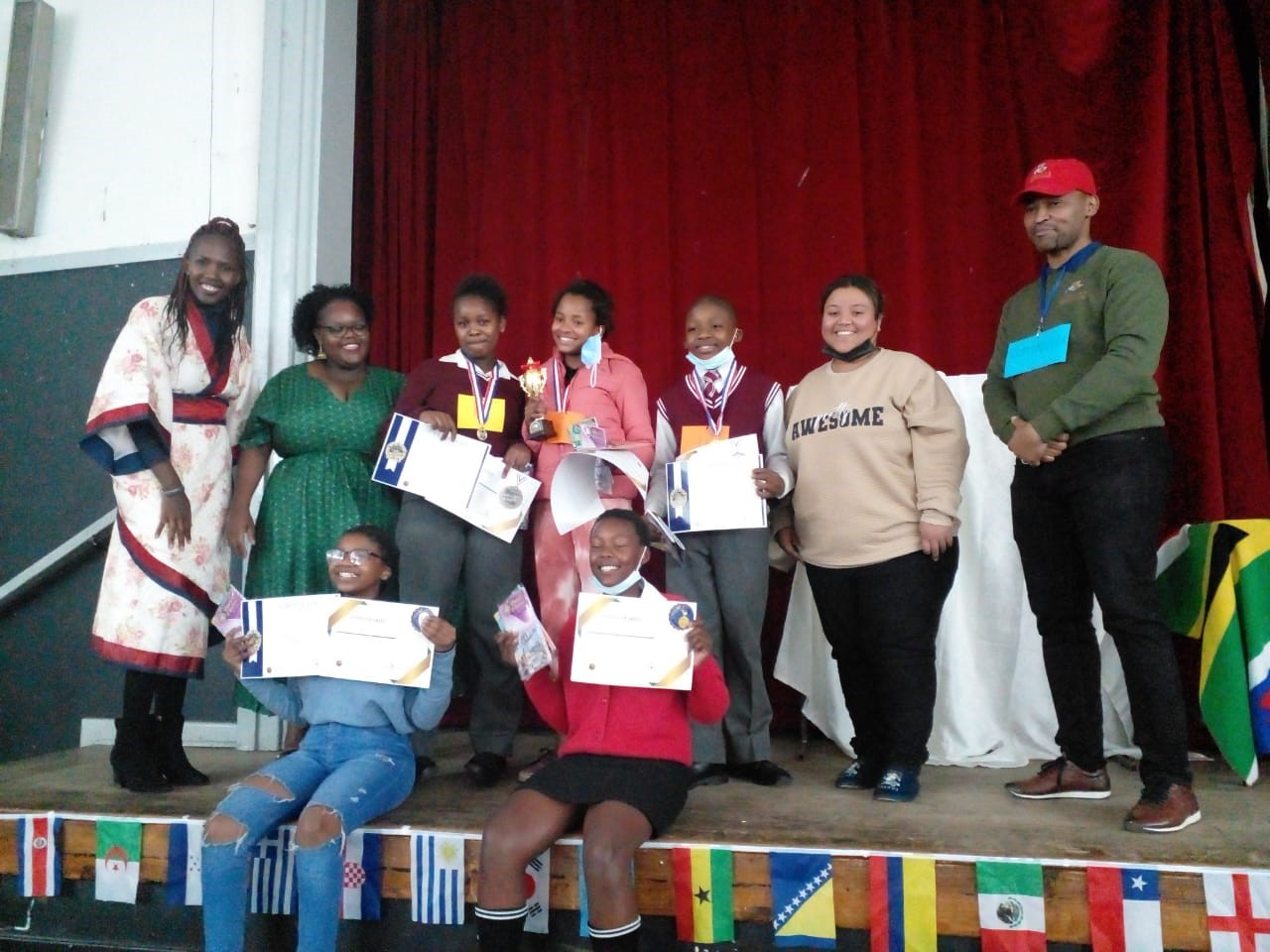 Kwakhanya Khuse from St Mary’s Primary emerged as the queen bee at a Spelling Bee competition at the Recreation Hall on Albany Road recently.

The hall was abuzz with 64 spelling bees in a competition organised by Yveslight, in partnership with Sewelo Maths and Chess Community Development Youth Academy (SEMCCYA).

Spelling Bee is a word-spelling competition to improve the learners’ vocabulary and spelling, and increase the children’s self-confidence and self-esteem, thus increasing their overall academic performance.

Two weeks before the competition, the word list was sent to the schools. Educators and parents were urged to assist learners in practicing for the competition. On the event day, our learners showed a lot of courage and good sportsmanship by competing vigorously and fiercely to the end.

LoveWorld sponsored the cash prize, the medals as well as the trophies.

A big thank you to all the parents and educators who assisted on the day and to the Makana Municipality for the venue.

Radio Grahamstown will soon host the top five winners to share their experiences.

It would make a massive difference if local businesses could come on board to help with prize sponsorships. The main aim is to contribute to the learners’ academic performance and help them with other needs like school stationery, sanitary pads, and other essentials they might be struggling to access.

Anyone who would like to help in any way towards the upcoming Spelling Bee contest, kindly contact Yveslight:
Cell: 0832777596
Email: yveslightmuse@gmail.com