Kowie are Port Alfred champs in SEDRU win over Tigers 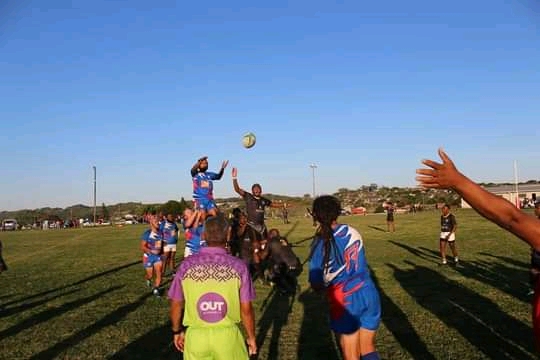 In a titanic humdinger between Kowie United and Ndlambe Tigers, it was the hosts, Kowie, who claimed the bragging rights with a nail-biting 26-20 win. The Port Alfred Derby was played at the Station Hill Sports Ground in Port Alfred on Saturday as part of the EPRU Sedru Regional League second-round fixture.

Kowie enjoyed a healthy 16-5 lead at the break.

With the win, it’s now official that Kowie United are the Champs and the number one team in Port Alfred. They were crowned champs after winning both their league matches against Tigers in the competition and also won both their two preseason friendlies before the league. In the first round of the competition, Kowie were victorious with a 27-10 bonus point win over Tigers. The win put Kowie in joint third position with OC on the overall log standings.

The much-anticipated derby lured a big crowd. Tigers had a score to settle, and United needed a win to reaffirm their status as the best club in Port Alfred. But it was never going to be that easy as Tigers are a much-improved side and impressed in every game. Kowie were well aware of the titanic battle that awaited them, especially the challenge of facing the bigger and more powerful forwards of Tigers.

It was finally kick-off, and the crowd were on their feet from the onset as these two teams got the game underway at a very high pace and intensity. Brutal physicality and confrontation were the order of the day, with big solid hits launched by both teams. An early 4th-minute penalty by fly-half Mason Brooks of Kowie gave the home side an early 3-0 lead. A converted try by Lock Riaques Dr Block Roberts in the 7th minute extended their lead to 10-0 in the early stages of the first half.

Tigers captain Roger Faku had other plans and led by example with his powerful and storming runs, putting the home side under severe pressure and gaining metres in the process. Tigers were rewarded with a try by fullback Kuhle Runeli after crafted work by their big forwards. Kowie led 10-5. Kowie captain Kowie Fazel Daniels (6) won two crucial turnovers penalties, and Brooks slotted both penalties to give his side a firm 16-5 lead at halftime.

Kowie continued where they left over in the first half and was first to score in the 10th minute of the second via a try by Riacques Roberts, who scored his second of the day. Kowie enjoyed a healthy 21-5 lead. The Tigers didn’t lay down either and kept coming at the hosts with the attacking prowess of their forwards. This resulted in Khanya Stuurman scoring the first of his two tries in the 15th minute, which he converted himself to narrow matters to 21-12.

Tigers fans started to sing and cheer their boys, which seemed to be doing the trick. Runeli scored his second try minutes later to reduce the deficit to 21-17. Kowie started to make errors as the pressure was mounting, with Ruwaan Jansen slotting a 23rd-minute penalty to bring his side to a one-point 21-20 deficit. Game on, with the supporters of both teams singing, dancing and cheering their beloved players on.

Tigers interpretation of the laws started to creep in and haunted them going into the game’s final quarter. This was evident when they conceded numerous penalties for infringements and dangerous play that saw a yellow card issued in the 32nd minute of the second half. Both teams felt the pressure, and an intense and close finish was on the cards. Kowie’s big match temperament and composure came in handy, with a decent backline attack through the hands that saw winger Johnny Hilpert dive over in the left-hand corner in the 36th minute.

The conversion was missed, and Kowie led 26-20. A never-say-die Tigers team came hard at their opponents and refused to lay down. Tigers had the ball in hand for most of the remaining four minutes and came hard at Kowie. A scrum was rewarded to Tigers on the stroke of fulltime on the 5m line metres away from the goal line of Kowie in search of the winning try. The eighth man picked up at the back of the scrum and ran straight towards the try line, where he was brutally tackled before the line. They keep attacking for three minutes in injury time inside the 5m of the try line, desperately looking to score the ultimate try. Eventually, Tigers centre took a half gap and with the try line in sight and the player were set to break for the try, he was magnificently tackled with the ball knocked out of his hands. The match official blew the final whistle. A disappointed Tigers player thought he would score the winner, and tears were rolling down his cheeks.

In the end, rugby was the winner as both teams needed to be congratulated for their marvellous and courageous efforts in showcasing one of the best Derbies this season. Kowie ended as deserved 26-20 winners after 83 minutes and crowned the Port Alfred Champs for 2022.

Kowie United Head coach Stuart Abrahams was relieved after a hard-fought and humdinger win. “We always knew it would be a titanic battle in front with Tigers’ bigger forwards. We’ve lost a few key players due to injuries, but it’s no excuse. But I can admit the replacement players stuck to their guns and were up for the task. In the end, our big match temperament pulled us through till the end. Rugby was indeed the winner at the end of the day. I am very proud of the boys as they showed tremendous character. The win was crucial for us at this stage of the competition as the win will bring us back on the road and give us much-needed momentum to face Klipfontein this weekend. We look forward to the very important Derby against Klipfontein this weekend,” he said.

The Grocott’s Mail Sport/Daniels MEDIA Man of the Match award went to the colossus hardman and captain of Tigers, Roger Faku. Faku again led from the front and was brilliant from the word go. He was a hard man to stop with the ball on attack and ran metres whilst gaining the advantage line. He was also brutal on defence and solid in the rucks and breakdowns. He was involved in all three of his side’s tries.