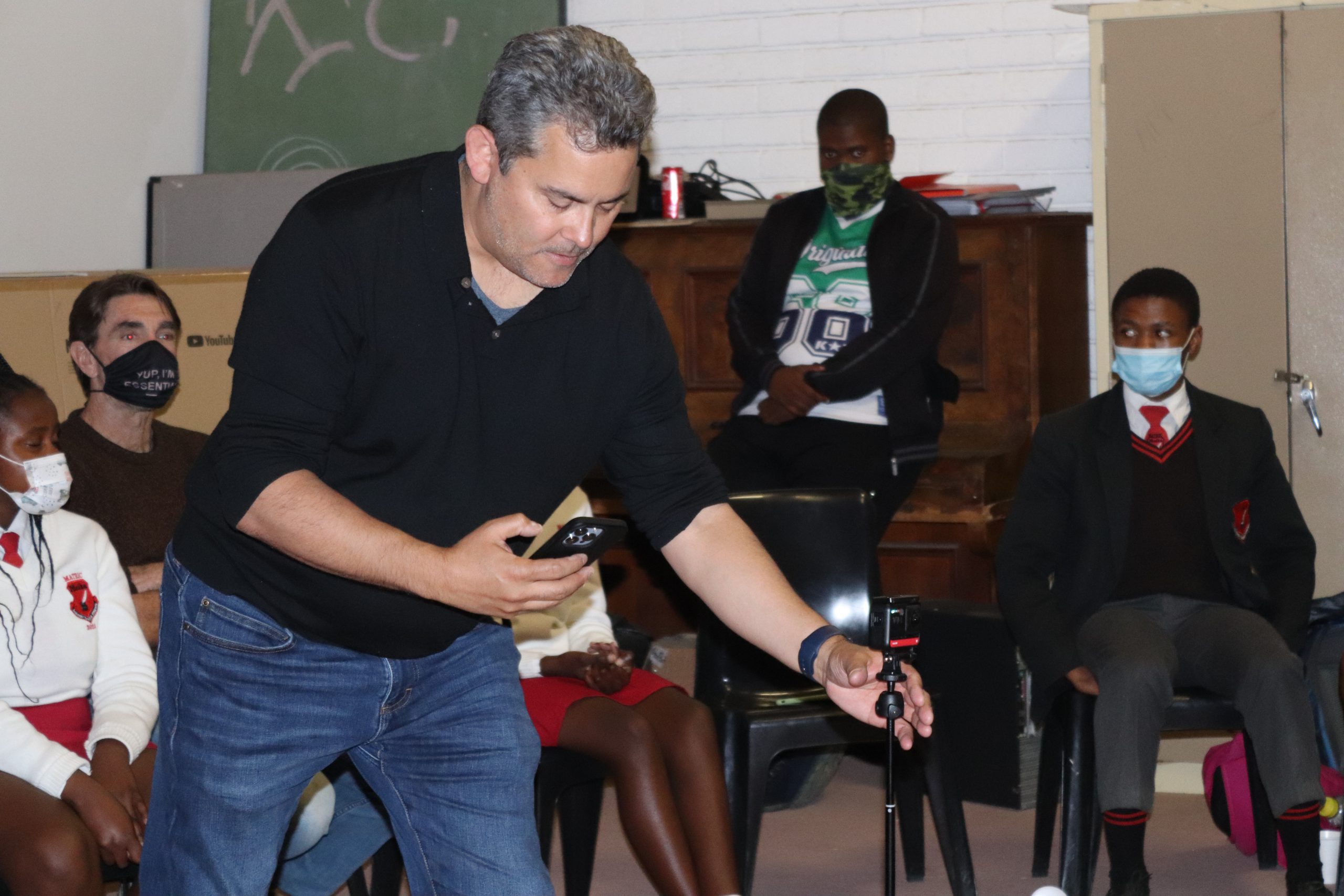 Prof Dan Pacheco from Syracuse University in the United States demonstrates how a 360-degree camera works at the first meeting of the Talking Technology to Power meeting at the Joza Youth Hub recently. Photo: Mbasakazi Makubalo

Marginalised youth have limited access to computer technologies in schools and libraries and little to no internet access.

Awarenet’s professional staff run a highly successful Open Lab in the Joza Youth Hub, which hundreds of local youth use every weekday. ICT training and educational support are also offered to scores of high school learners in the afternoons

Awarenet relies on donor funding to provide these services. “The Joza Youth Hub receives no government funding,” said Awarenet’s Kjetil Torp at the launch. “Only the government can make a huge difference in areas where there isn’t much money to pay for services.”

Although Awarenet coordinates the project, other stakeholders include Rhodes University’s School of Journalism and Public Service Accountability Monitor (PSAM). Rhodes journalism students will help with media production and distribution. PSAM will provide courses in social accountability and monitoring to the youth actively involved in the project.

The project intends to increase the state’s provision of internet and computer equipment in schools and libraries, not only in Makhanda but also in the Eastern Cape. This will aid in putting the youngsters’ concerns to rest as they voiced some of their frustrations, including the lack of internet connectivity and limited library resources and books.

Previous ArticleAsinamali is back with a twist
Next Article South Africa could produce a lot more renewable energy: here’s what it needs