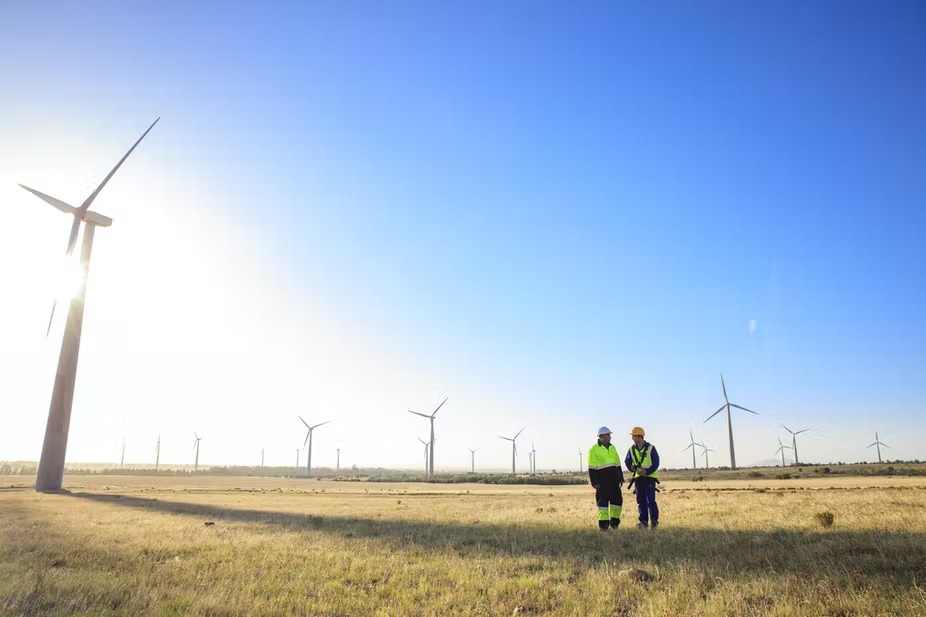 South Africa has some of the best solar and wind resources in the world. GettyImages

By HARTMUT WINKLER, Professor of Physics, University of Johannesburg

South Africa’s power utility, Eskom, has not been able to provide a steady electricity supply for several years. At the start of the 2022 winter, the utility warned the public to expect up to 100 days of rolling power outages. At the end of June, there was at times a 6,000 MW shortfall in electricity supply, corresponding to about 20% of the evening peak demand.

While there is consensus that new electricity generating plants are urgently needed to minimise power outages, there are radically differing views on how this is best achieved. The official electricity plan approved three years ago is already out of date. Its implementation is furthermore two years behind schedule.

One widely promoted view is that increasing electricity generating capacity requires grand-scale new renewable energy developments. In 2020 the electricity generated from renewables amounted to a mere 10.5% of the South African national total. This will have grown to about 11.5% as more plants have been completed.

The country’s power generation is still dominated by coal. And it’s lagging far behind the global trend toward clean energy.

Most people associate renewable energy exclusively with wind and solar energy, but it includes all technologies that don’t process non-replaceable fossil fuels. Fossils include coal, oil, gas and minerals (for example, the uranium used in nuclear energy).

Hydropower stations, which extract electricity from the downhill flow of water, are a renewable energy source. This is the major source of electricity in water-rich countries like Norway, but only a limited option in drier climates. When water needs to be retained in dams during times of drought, then no electricity production is possible.

As South Africa is drought-prone, a significant increase in local hydropower generation (currently at 3% of the total) is not feasible.

Other renewable energy technologies like geothermal and tidal power generation work in select localities that are not common in South Africa.

This leaves wind and solar. These sources currently comprise about 8% of South Africa’s energy mix.

Wind and solar power are very attractive because:

Solar and wind power, however, have obvious drawbacks. The main one is that their operational capacity entirely depends on the weather. Furthermore, solar energy production is linked to the day-night cycle, with maximum efficiency around noon. This doesn’t coincide with the peak electricity demand in the early morning and evening.

The ideal of a national electricity generation network without greenhouse gas emitting coal, gas plants and radioactive waste generating nuclear plants has practically already been achieved in several medium-sized countries such as Costa Rica, Iceland and Paraguay. But these mainly rely on hydropower.

Several larger countries, such as Germany, now generate over half of their electricity from renewables. More countries are setting road-maps to achieve 100% renewable electricity.

In theory, with South Africa’s wind and solar resources superior to other countries with 100% renewable electricity ambitions, this should be a relatively easy target. But other countries are often grid-connected to neighbours with significant power production. This means they can draw on these when weather conditions are unfavourable.

That is why a renewable electricity system can’t become the dominant power source in South Africa until electricity storage technologies become practical and economical.

However, a target of 50% electricity from renewables is perfectly feasible. It’s the minimum that the country should aspire to. Even the 2019 electricity plan projected this would happen by 2050.

Considering the climatic advantage, the fraction of electricity generated from renewable energy technologies is surprisingly low. Despite this small fraction, there is significant hostility to renewable developments in some quarters. Some sectors have interests in maintaining the coal-dominated status quo.

In assessing the contribution of renewable energy sources to the electricity supply, it’s important to distinguish between power (the rate at which it is produced at any particular moment) and energy (the total produced over an extended period).

Given the variability of the wind strength and the intermittence of sunlight, these technologies only occasionally produce power at top capacity. In typical South African conditions, a 100 MW solar or wind plant only generates about a third of the energy of a functioning 100 MW coal plant.

Thus the recently announced construction of an additional 2,600 MW of wind and solar farms will effectively only produce electricity equivalent to about 900 MW averaged over a day – this equates to only about 15% of the worst power shortfalls experienced to date.

Overcoming the present 6,000 MW power shortages requires approximately 15,000 MW of new solar and wind plants. The continuing deterioration in the efficiency of the large coal power plants means that the need for new renewable generating capacity in the next five years is closer to 20,000 MW. The current electricity plan projected this scale of renewable energy developments over ten years.

There is now an increasing recognition that the energy crisis must be treated as such. A speedy renewable energy boom is the only way to escape the downward spiral in power cuts in the medium term.

President Cyril Ramaphosa’s announcement that drastic steps are imminent to combat the electricity crisis is likely to amount to a significant drive towards more renewables. This will not unduly place the South African electricity supply at the mercy of the weather or developments in storage technology, as the contribution of electricity from coal would still amount to around 60%.